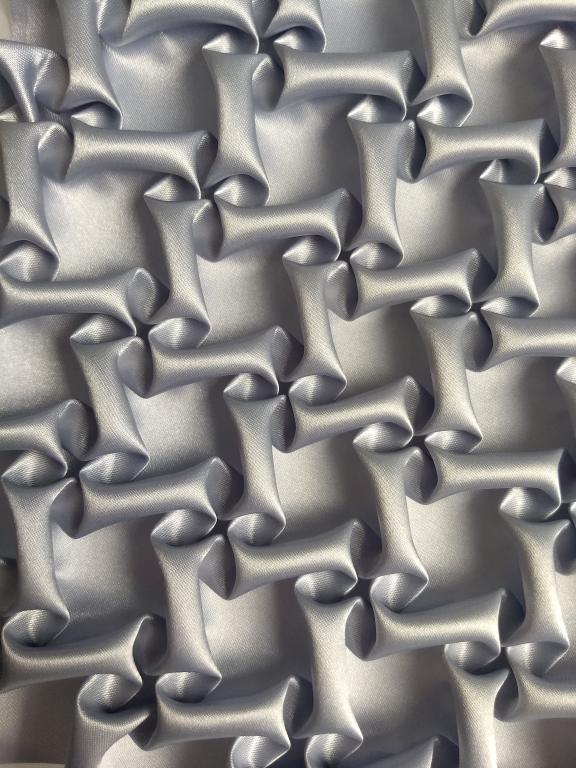 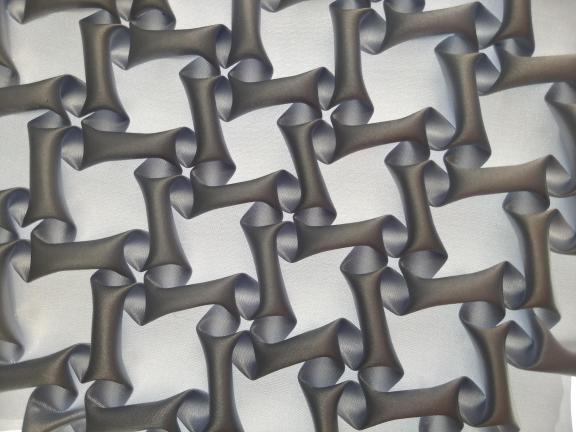 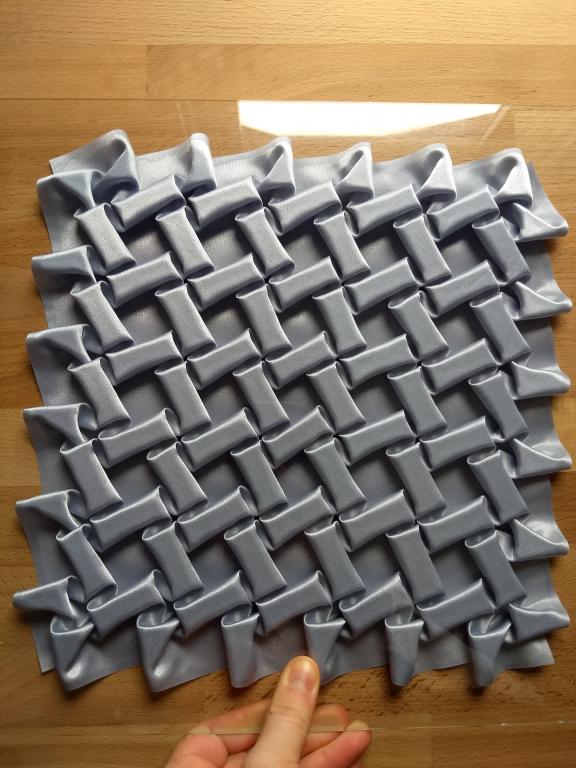 This pattern is for making the pictured 2x1 Bars, Tight tessellation on fabric. The pattern is copied onto fabric and then the connected points are stitched together. There is no folding involved, but this method can be used to emulate many origami tessellations. This technique has been called North American Smocking, Canadian Smocking, Lattice Smocking, Italian Smocking, and American Smocking. It is not the same as English Smocking, which embroiders patterns on top of pleated fabric (and is more common).