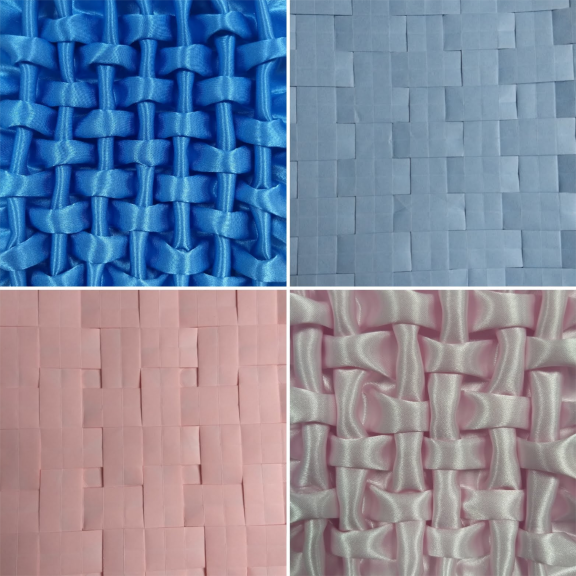 This bundle includes the Square Knots Weave and Fence Weave patterns for both folding and smocking.