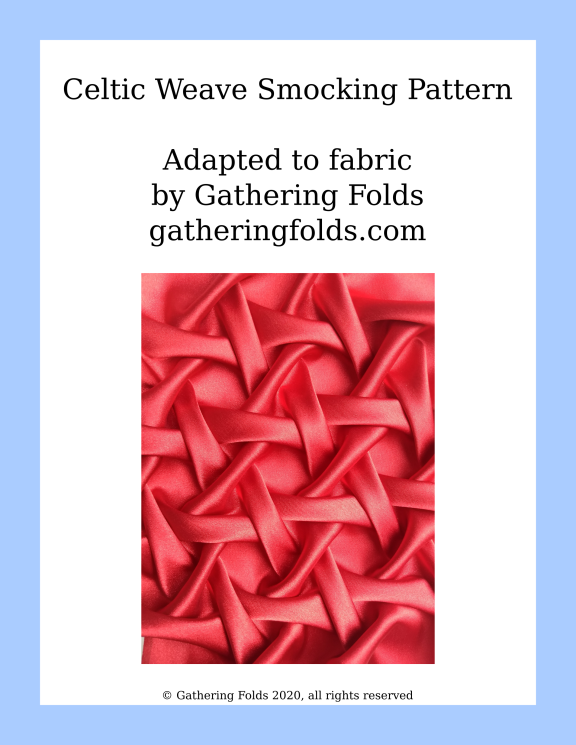 This Celtic Weave smocking pattern was adapted to fabric from the back of the Celtic Circle origami tessellation by Robin Scholz.