OrigamiUSA has planned 19 days of online classes to celebrate World Origami Days in 2022. Details and registration information are here.

Let's get the world to fold! Celebrate origami by spreading the joy of paperfolding during World Origami Days, held each year from October 24–November 11, a 2-1/2 week celebration of the international community of origami!. Help us make origami as visible as possible: teach a class, fold on the bus, give your friends origami, exhibit your models. The possibilities are limitless, just as with origami itself.

October 24 is the birthday of Lillian Oppenheimer (1898-1992), who founded the first origami group in America. She was also one of the founders of the British Origami Society and OrigamiUSA. A dynamic woman, she was delighted in the magic to be found in a piece of paper and wanted to share it with the world.

November 11 is Origami Day in Japan where the paper crane has become a symbol of peace.

Read about how World Origami Days came about. 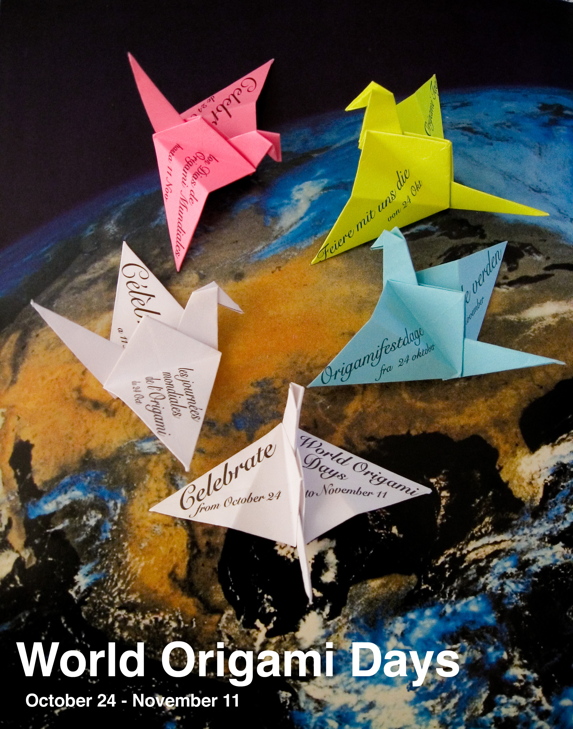 Many origami organizations schedule activities for World Origami Days. If you've got an event to be listed, you can submit it to the OrigamiUSA calendar.

Go here for some additional venues to help spread the news about World Origami Days.