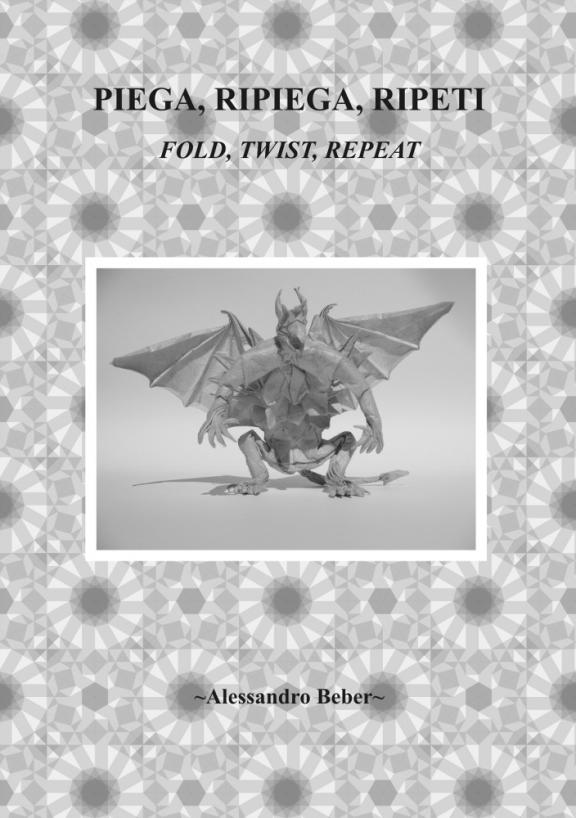 The booklet contains 30+ origami models created by Alessandro Beber before 2013.
In particular, it contains diagrams for an intermediate octagonal box, with many variations; diagrams for a super complex gargoyle (115 steps), designed for an origami challenge; crease patterns and hints on how to fold 20+ complex and super complex tessellations designed in 2012, as well as some high-intermediate older ones, and several variations.
Many models, especially the tessellations, are based on intricate geometric patterns, and some experience in tessellations and twist folding will be very helpful! Often, some directions are given in text and drawings, in addition to the crease patterns, in order to help you solve them.

All the drawings are made by the author himself.
This booklet was first published by CDO (Centro Diffusione Origami, the Italian origami society) in late 2013 as "QQM-52" (52nd special issue of its magazine "QM"), and later released as an e-book.