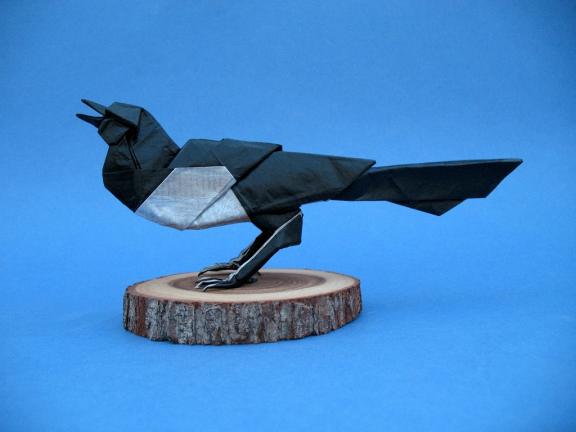 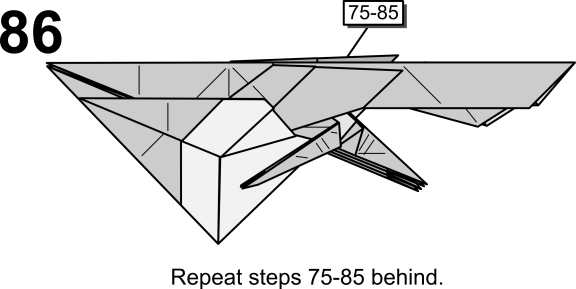 This model was previously published in Origami Tanteidan Convention Book 18 and the diagrams underwent a few stylistic changes and minor error fixes.

I am being confronted by these misschievous birds a lot in Holland and it has been a long wish of mine to capture one in origami. I am quite pleased with the result. The model is box-pleated and consists of a 7x7 grid. It uses both sides of the paper.