This year's theme was designed to complement the current exhibit at the museum called "Mythic Creatures." The tree featured mermaids, Pegasus's, unicorns, and lots of dragons including a large three-headed dragon that was wrapped around the tree (made from gum-wrapper chain units.) Thanks to our tree designer, Sok Song, the Tree Committee and to all the volunteers who made the tree possible. Thanks also to those who responded to the "Annual Gift" request to make the many folded dragons that were given to the public at the opening of the tree. (A complete list of all volunteers appeared in Issue 98 of The Paper.) 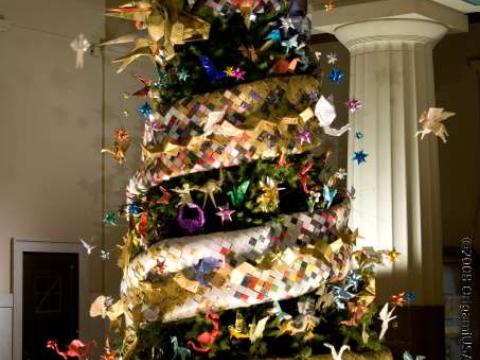 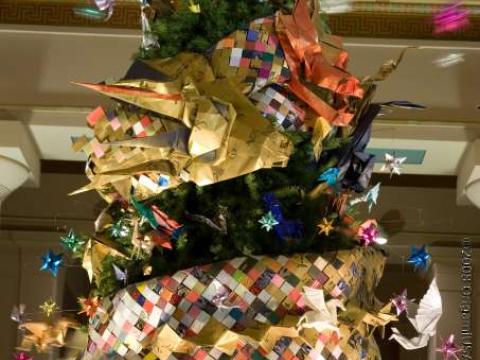 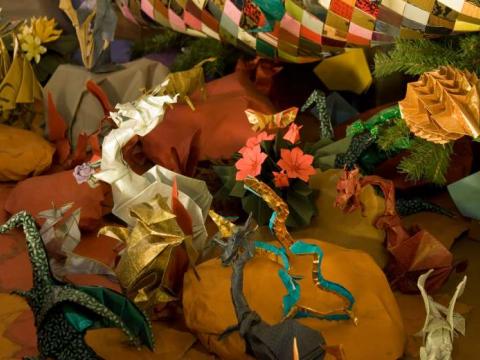 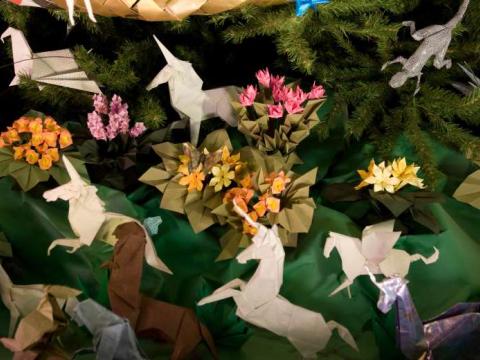 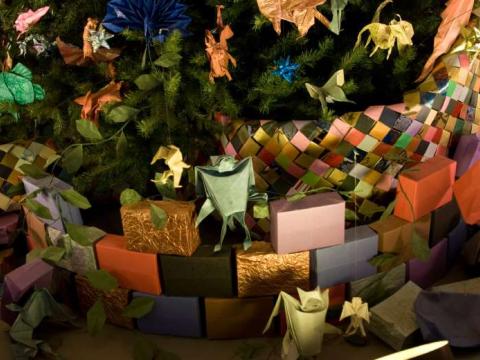 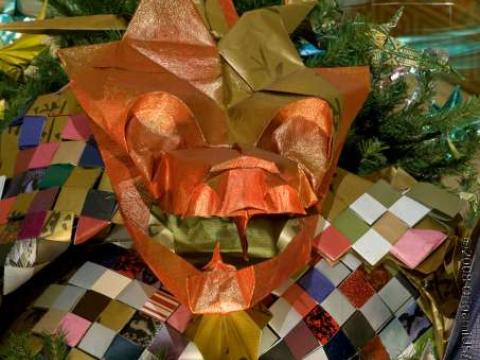 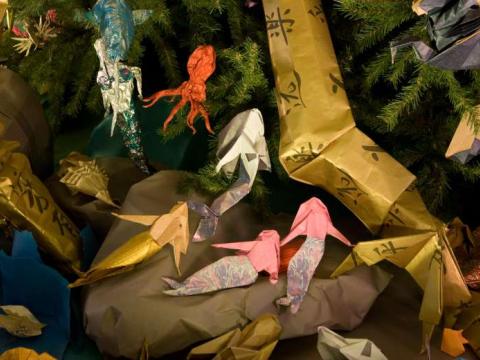