Tree preparation started in early spring and took many months of planning and folders' generosity. The actual physical setup took two weeks, with the help of several museum departments, our administrator, and a handful of origami volunteers. The Origami Holiday Tree has been extremely well received by museum people and the general public. For example, the museum's viewing public numbered 23,000 on December 28 and 26,000 on December 29. Even at 3PM, January 2, lines for entrance went outside and around the street for a short musem visit before closing. 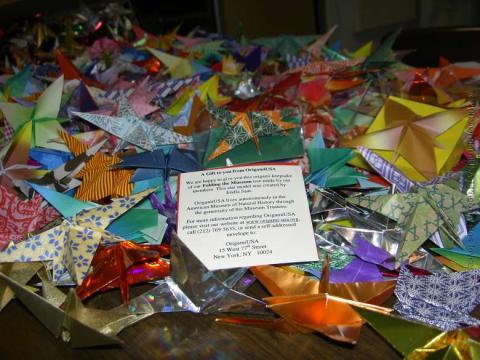 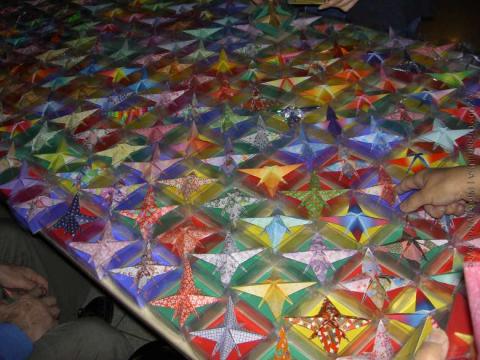 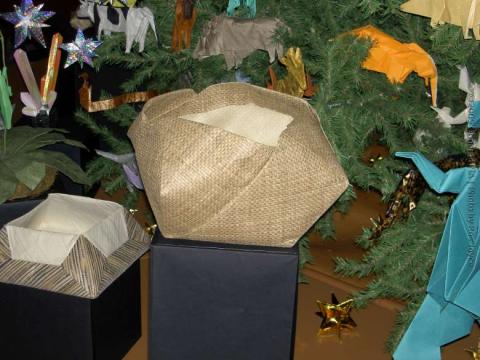 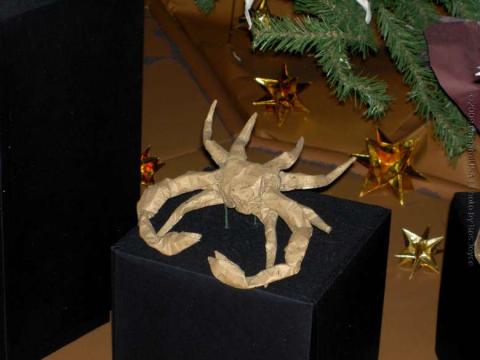 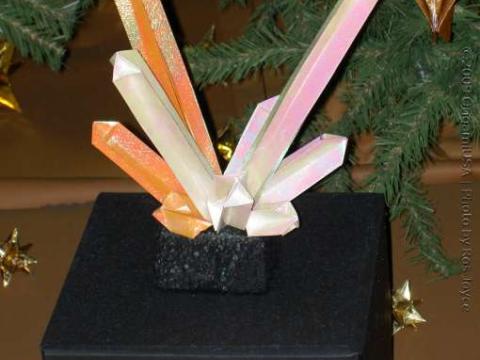 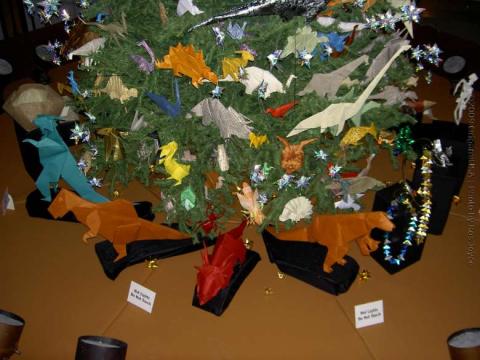 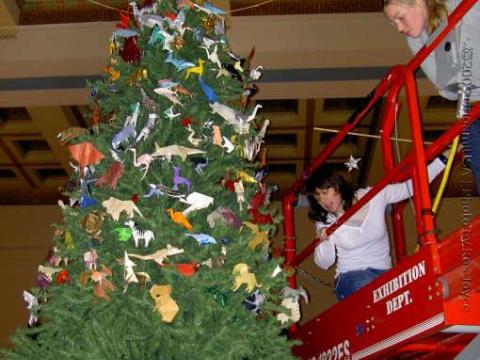 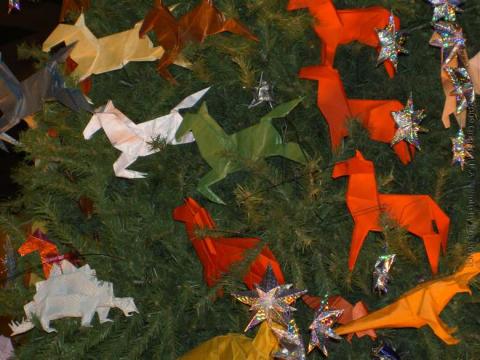 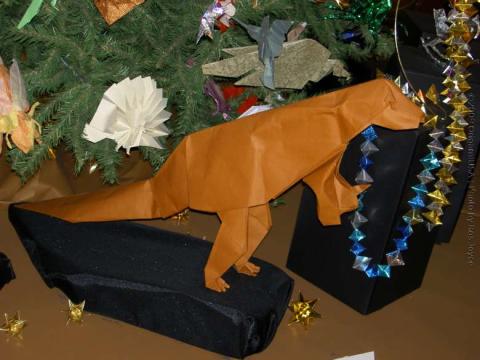 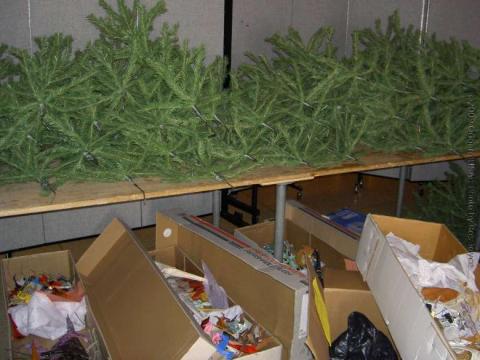 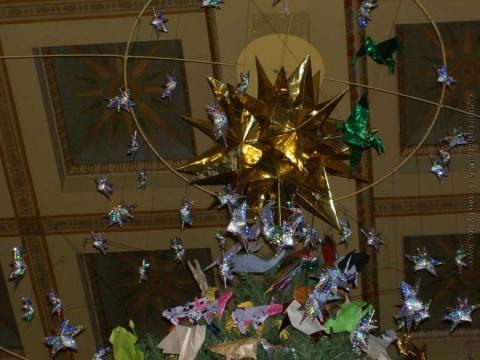 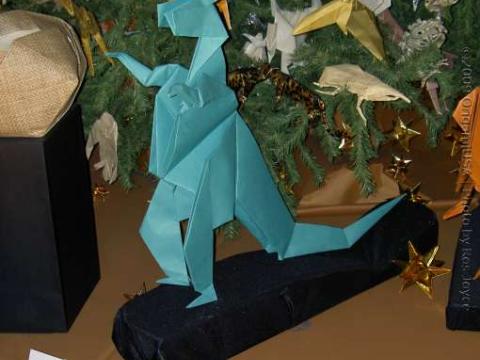 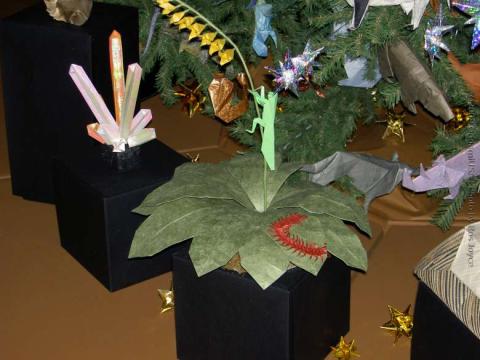 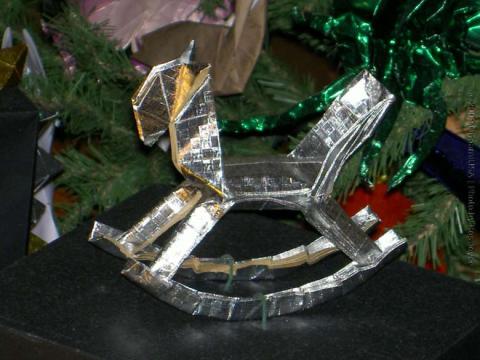 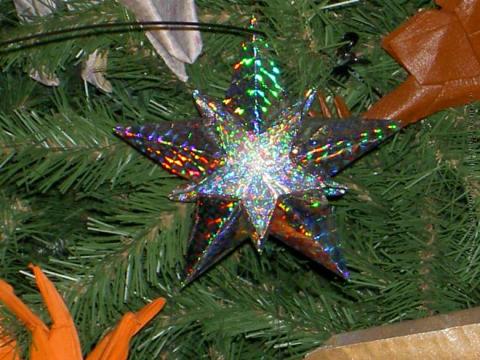 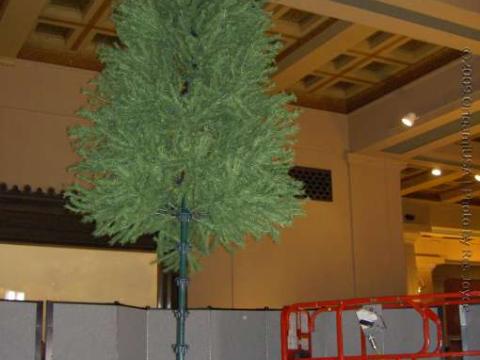 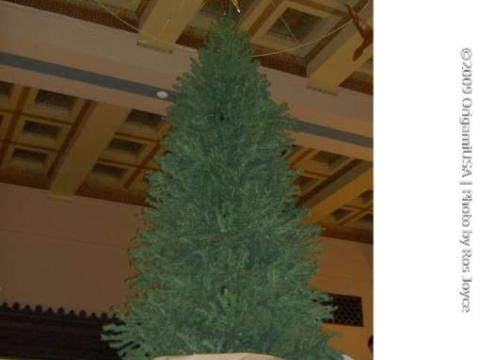 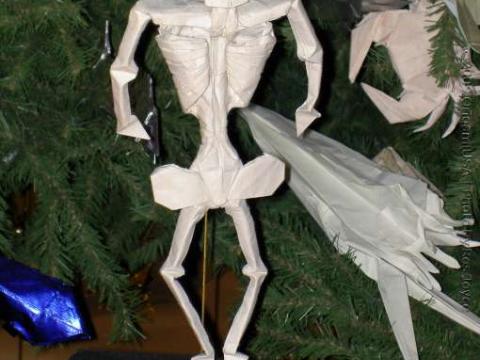 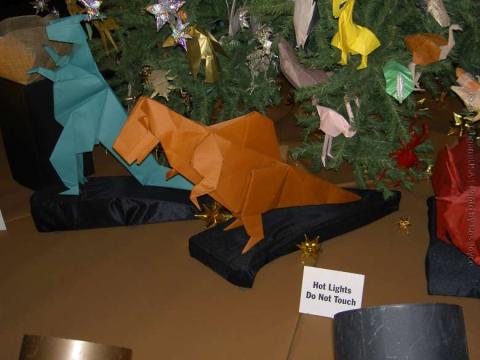 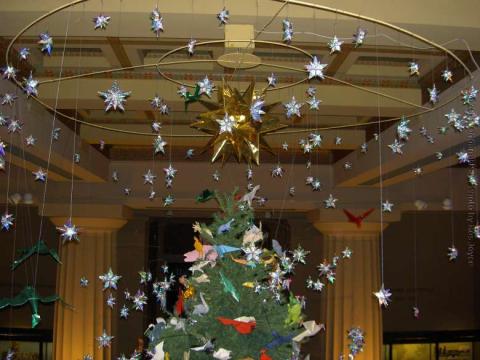 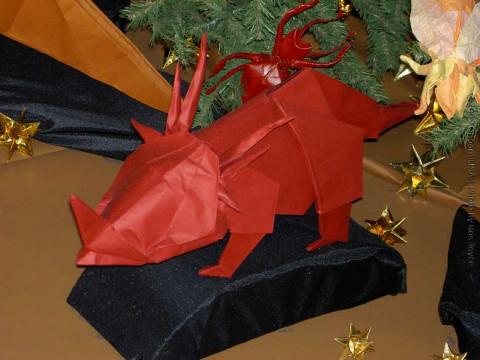 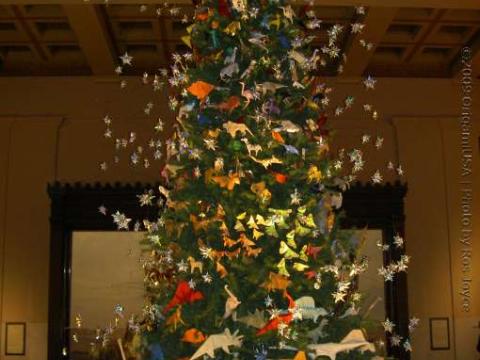 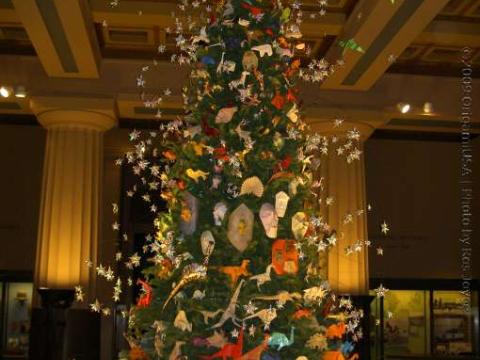 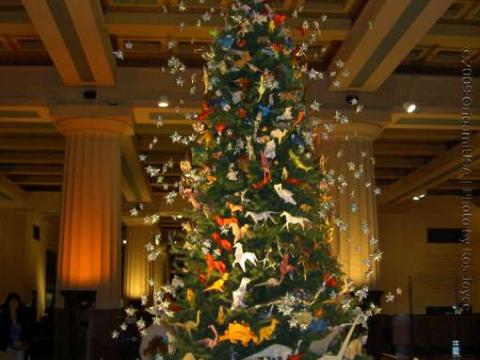 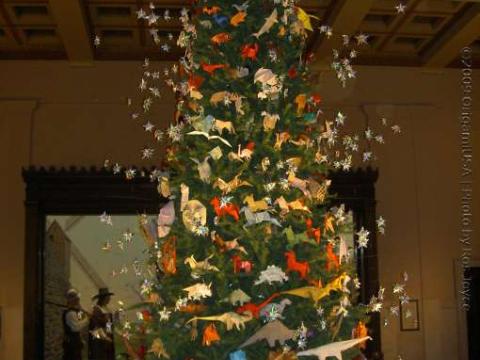 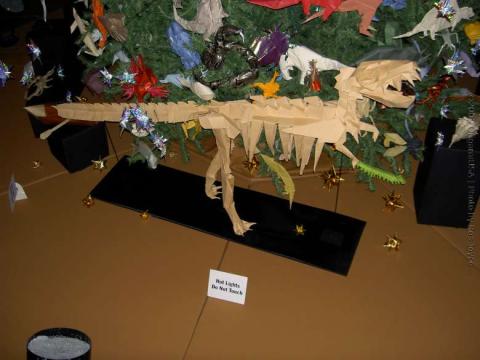