Using all the letters of the alphabet, the 2009 Origami Holiday Tree theme of "Origami from A to Z" provided a backdrop for grouping animals having names that started with a particular letter. As a challenge, some animals were placed near a letter based on scientific name, group, or category. Inspired by the exhibit "Extreme Mammals, the base of the tree reflected the rich diversity of mammals: land, air, sea, as well as past and present. The invitation to embark on an alphabetical journey and name as many origami models as possible became a unique, entertaining, and interactive event for visitors and museum staff alike. 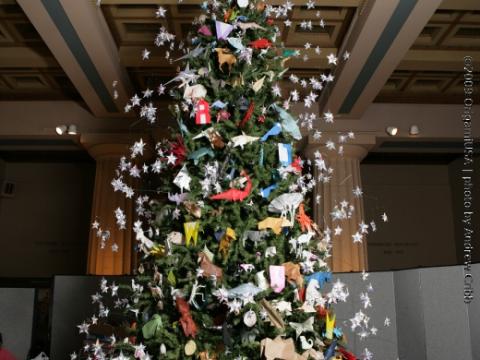 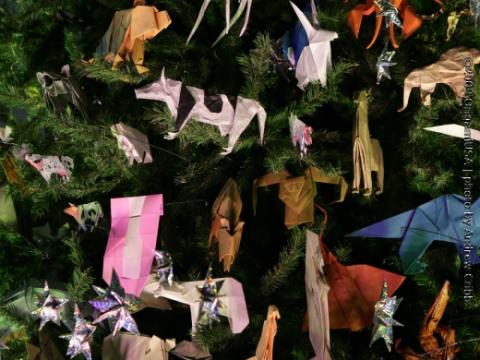 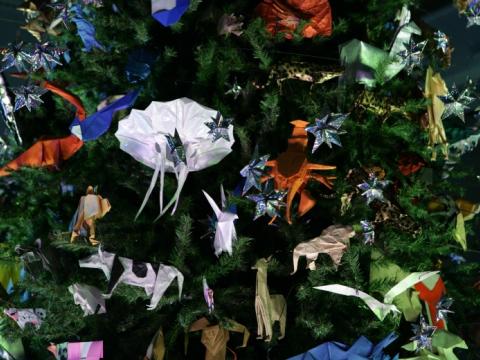 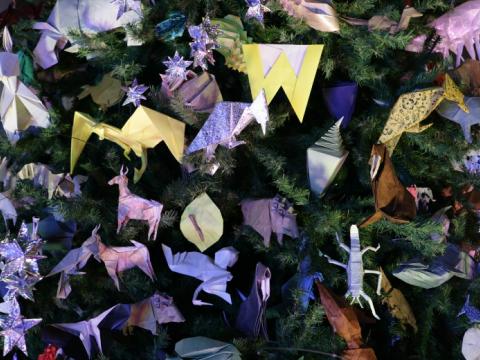 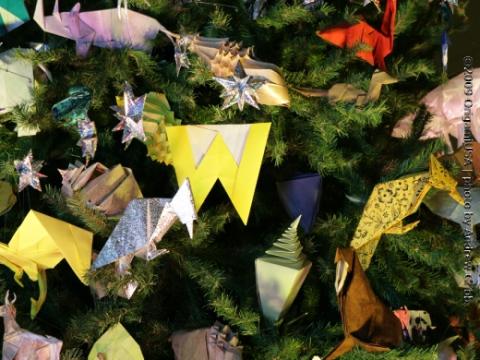 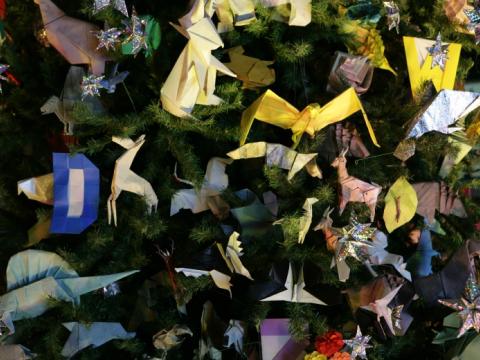 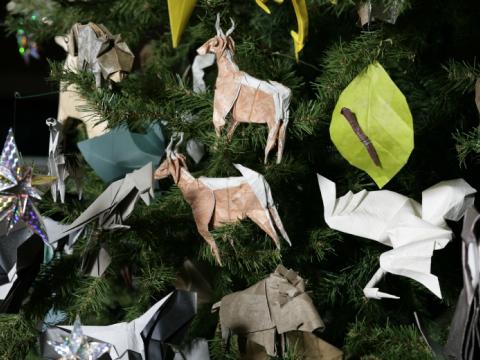 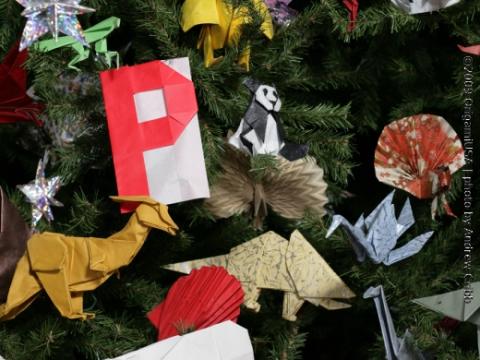 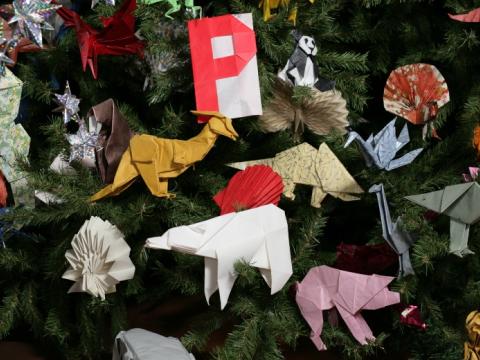 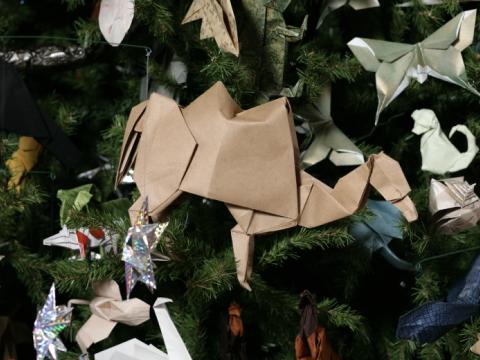 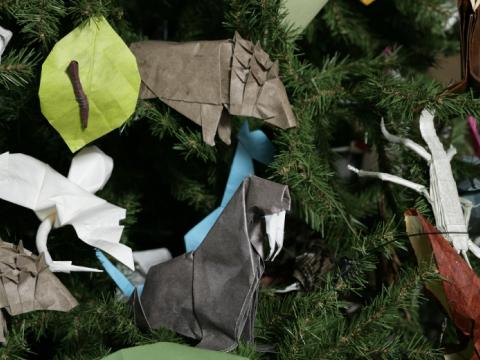 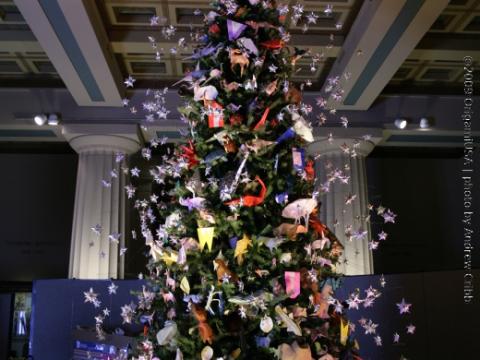 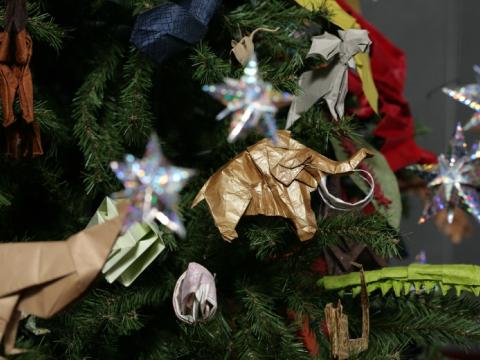 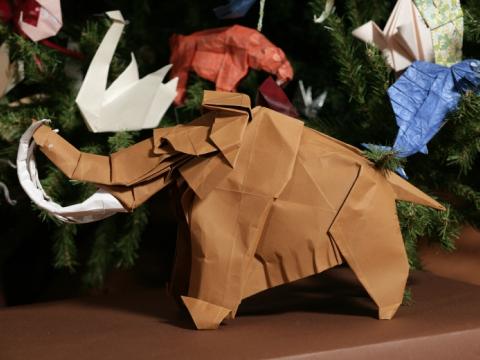 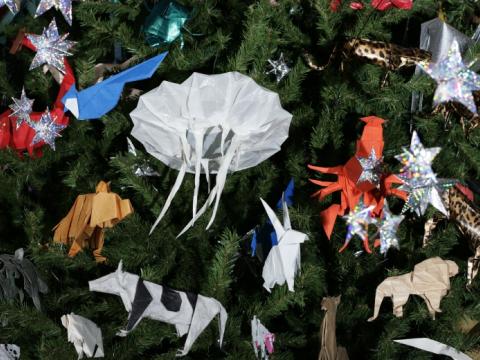 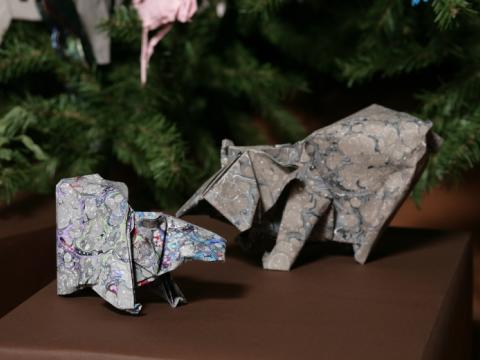 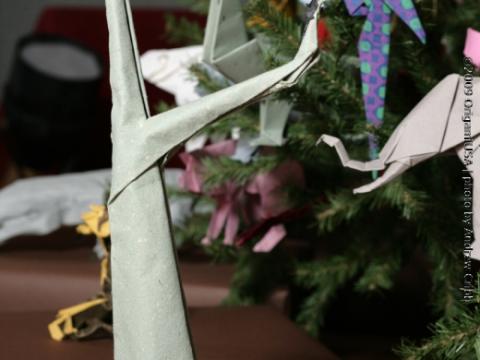 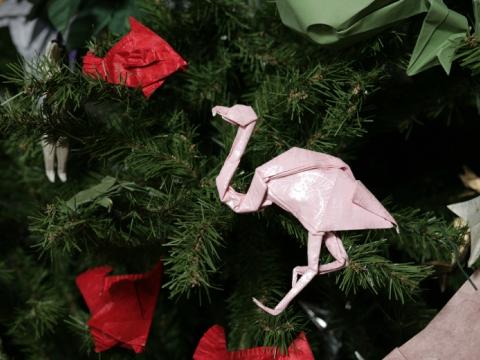 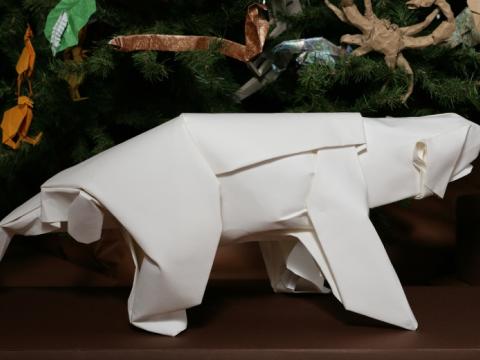 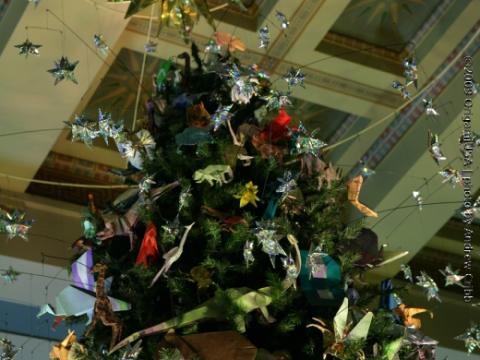 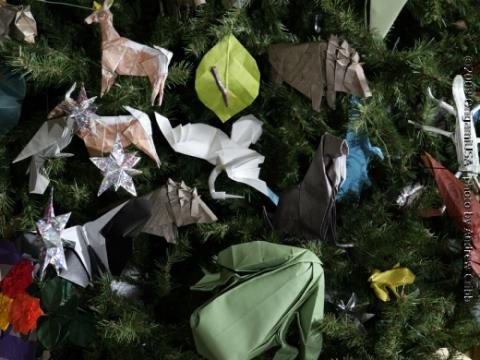 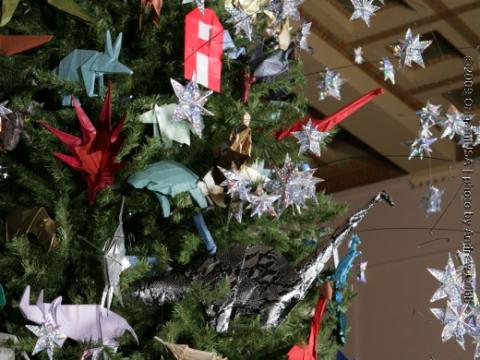 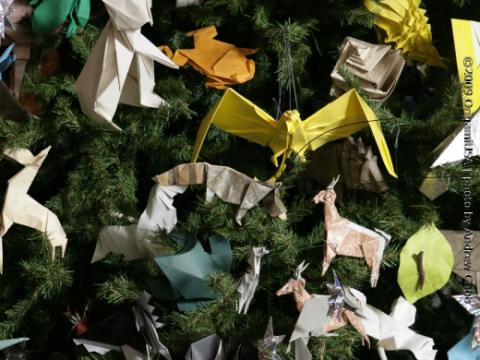 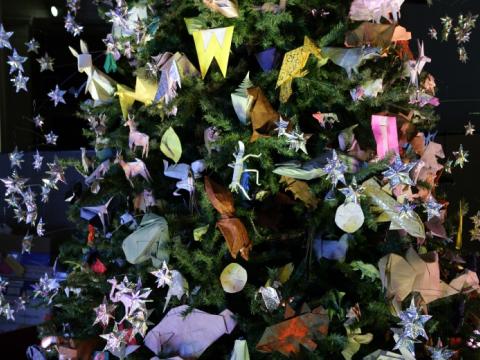 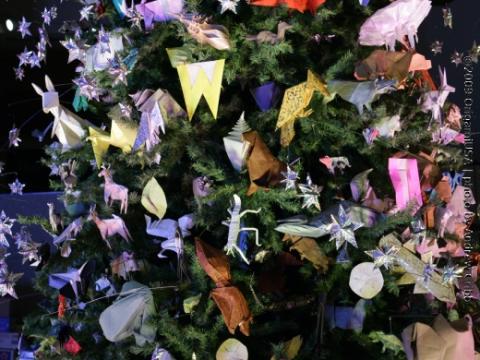 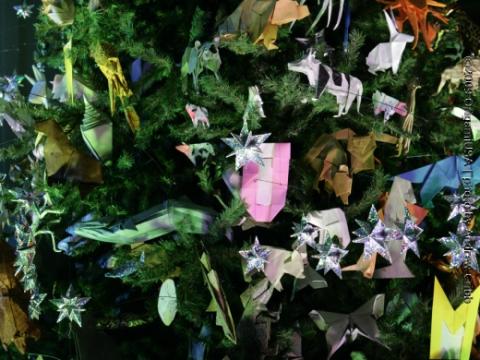