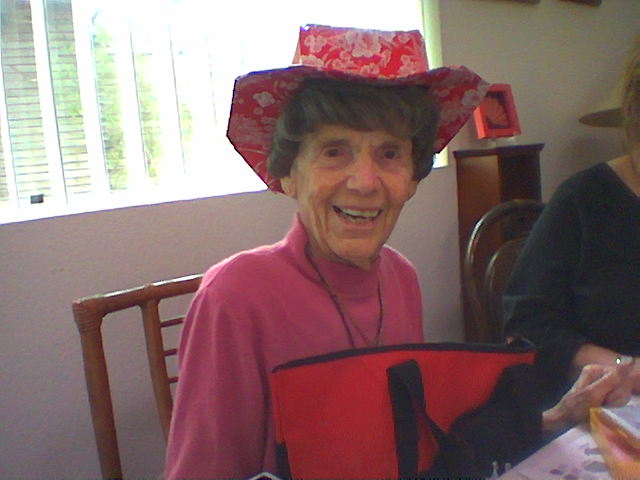 Phyllis joined OrigamiUSA in Feb. 1994. She attended several NY conventions and every PCOC. Her wonderful teaching skills inspired many people in the group meetings she attended. She had been an avid folder since she was a child and became one of the best folders at the West Coast Origami Guild regular meetings. Phyllis was always ready to volunteer to teach at festivals, fairs, schools, and libraries; any origami problem could be taken to her to solve.

I remember one day we were working on a diagram, and having a problem. She called me the next morning to tell me that she had gotten up at 4 AM and figured it out. Thank goodness she didn't call me till 9 AM to tell me! That is the way she was. She would work on something till she got it perfect and many times in a much easier way. I have learned so very much from her that I will pass on to others.

She had been going through treatments for lung cancer since Sept. 2006 (though she had never smoked). Throughout her treatment, she never complained of her problems and continued her social gatherings at her church, knitting, painting and origami groups. She will be missed by her family, friends and all those who's heart she touched.