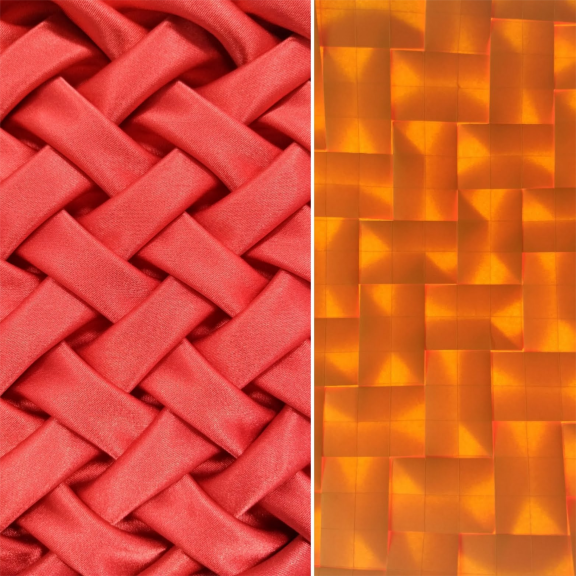 This bundle includes both the crease pattern and the smocking pattern for my Herringbone Weave design. Study both patterns and see if you can start making your own smocking patterns from origami!