Jack in the Box [pdf] 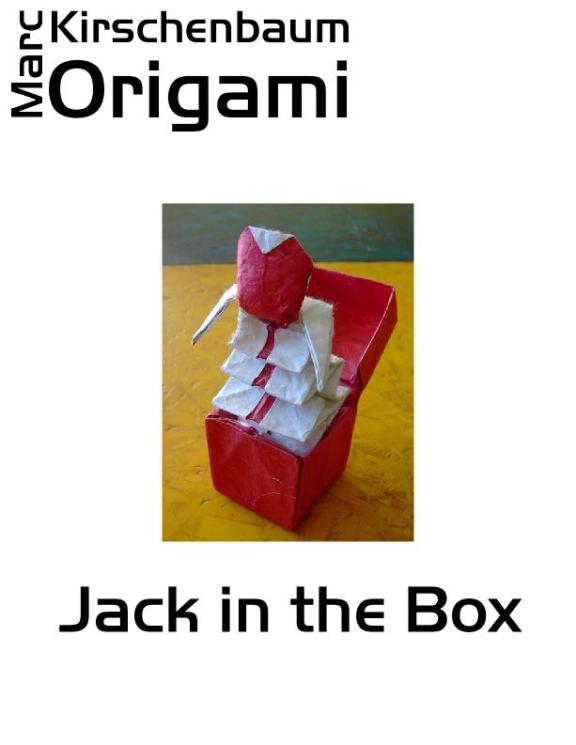 This is a set of instructions to fold an origami Jack in the Box from a single square. The document consists of twelve pages and seventy-five illustrations. Since this is an advanced origami project, prior experience with folding paper is recommended.

In the late 1970’s, the British Origami Society pushed the creative envelope by challenging origami designers to make an origami jack in the box. This work came into gestation more than a decade after the competition was posed, but it does pay homage to the earlier classic efforts. An earlier incarnation of this work was not as well proportioned. For this newer version, the jack to box ratio was improved, and the folding sequence fortuitously became nicer.