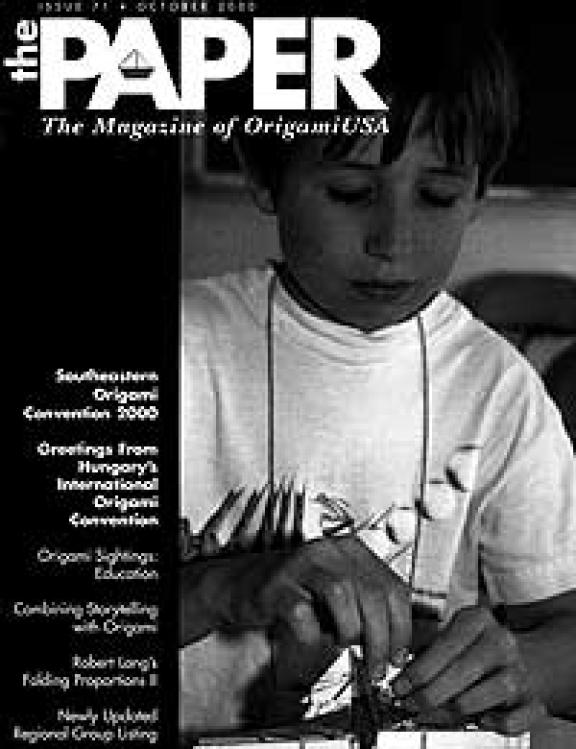 An Eager young folder demonstrates that concentration is key. As we look to a new millennium, educating the next generation of folders and inspiring a new age of model creators will be the legacy of OrigamiUSA'a convention and folding sessions. (Photo by Susan Dugan)