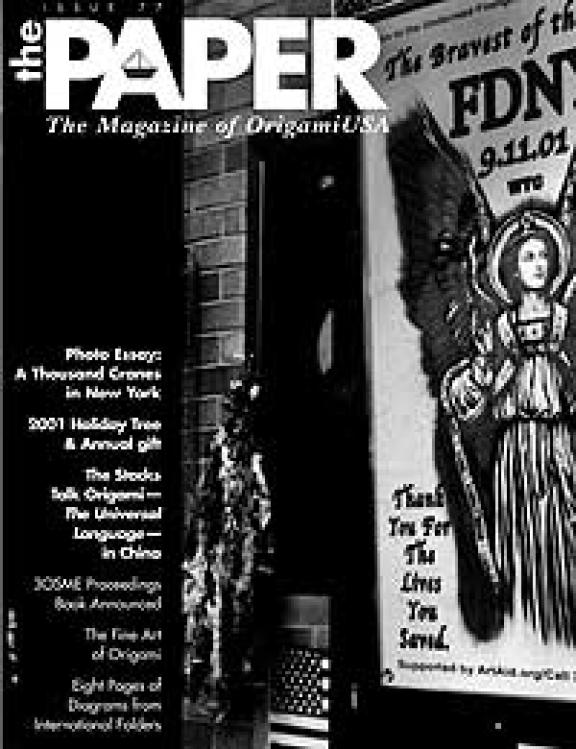 As a steadfast sign of support, a bundle of origami cranes are hung outside of NYC's Fire Departments, along side the American flag and a poster depicting a guardian angel. Together, three symbols of pride, hope and peace. (Feature photo essay on page 6.) Photo by Tony Cheng.