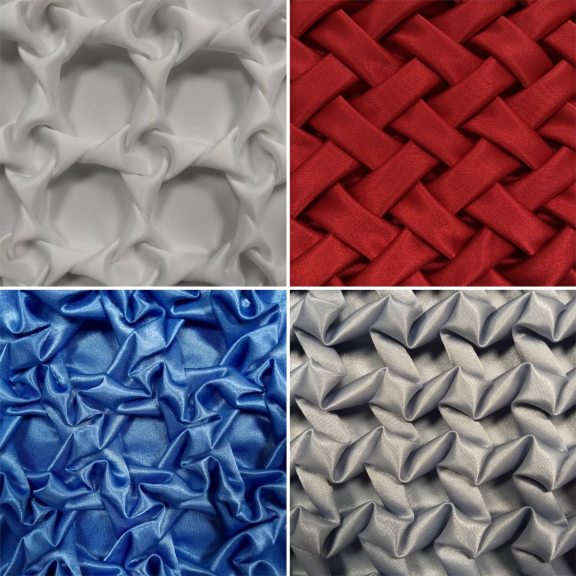 This bundle includes the Chainlink, Herringbone Weave, Lens Stars, and Square Twists and Bars patterns, which (except for Chainlink) have been translated into fabric from origami tessellations. These patterns were selected to showcase a broad range of smocking motifs, from weaves to arrows to twists, so that a beginner can get a feel for the technique.