In September 2005, OrigamiUSA suggested the idea of celebrating October 24 as a special origami day to celebrate the birthday of Lillian Oppenheimer (1898-1992), co-founder of OrigamiUSA as well as the British Origami Society. Mr. Makoto Yamaguchi, the editor of Origami House, heard about this idea and reminded us that Japan already had a date defined as the origami day: November 11 (or 11/11). So it was proposed that we consider the complete time between October 24 and November 11 as World Origami Days, or WOD for short. 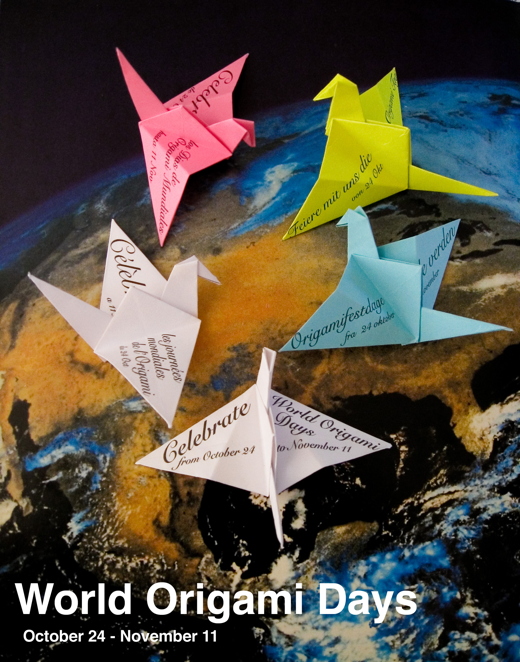 As a result, the WOD Committee was created at OrigamiUSA. The objective of the committee was to identify ways of promoting a worldwide celebration of origami by spreading the joy of paperfolding. In 2008, a committee was formed to create a WOD website to provide information about the event. In 2009, I became a member, and soon after was appointed the WOD committee chair. Gradually the committee helped to reinforce the WOD objectives by creating a World Origami Days poster, a calendar of events with a listing of what was happening around the world, templates of models with World Origami Day messages and a picture library on Flickr. 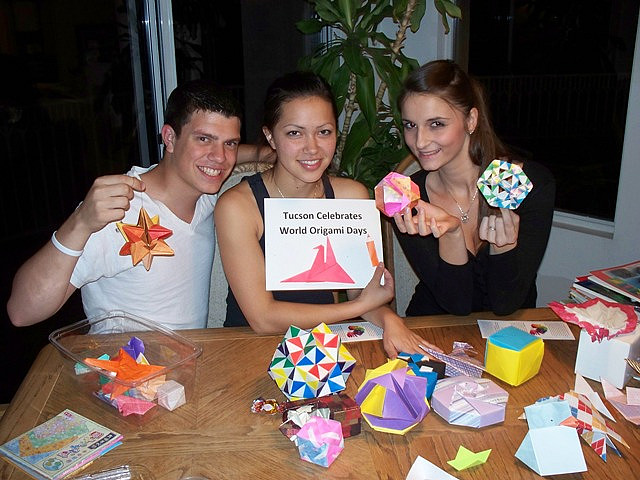 The OrigamiUSA WOD committee continued to promote the celebration during 2010. The committee was finally able to reach out to other countries to promote the WOD objective of celebrating origami worldwide. We were delighted to receive enthusiastic messages about significant events in Hungary, India, Colombia, Brazil, Panama, and various cities in the United States. In New York, a special celebration was hosted as part of WOD at the American Museum of Natural History to celebrate Lillian Oppenheimer’s birthday. One highlight was a message from the Tucson Origami Club (Arizona). Two club members, Rachel Loubeau and Erik Glenn, were married at the Saguaro Buttes in Tucson on October 29, 2010. Friends made the kusudama kissing ball and a bouquet of Kawasaki roses in celebration.

During the Tokyo Tanteidan convention in August 2011, I had an excellent meeting with Mr. Yamaguchi and Mr. Nishikawa, longtime board members of the Japanese Origami Academic Society (JOAS). We discussed the idea of further expanding the promotion and celebration of WOD. As a result, it was proposed to create a single WOD logo (which was designed by Mr. Yamaguchi, himself) and a partnership to promote the folding of next year’s Chinese zodiac animal, the dragon. A virtual photo gallery would make it easy to share the dragons folded worldwide, and in addition, Origami House and JOAS agreed to display some models as part of the WOD exhibition. OrigamiUSA is proud of the WOD partnership with JOAS and OrigamiHouse and will look into further collaborations to promote origami and the joy of paper folding in the world. 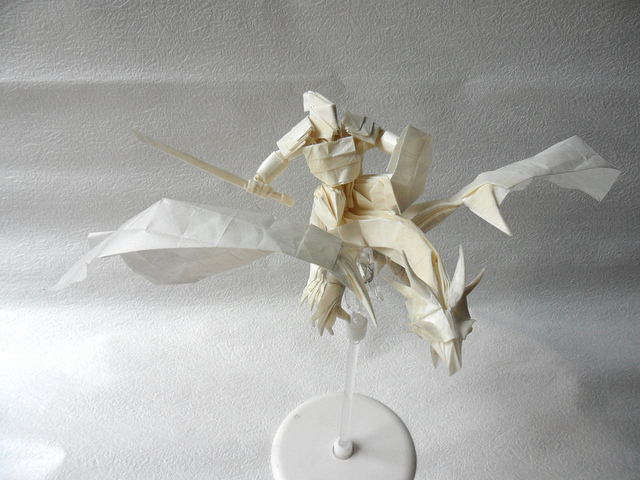 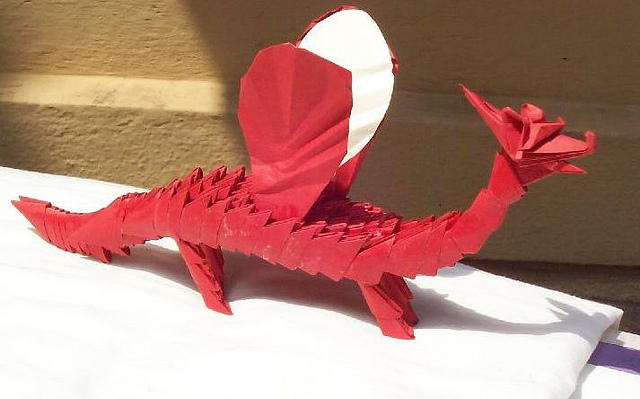 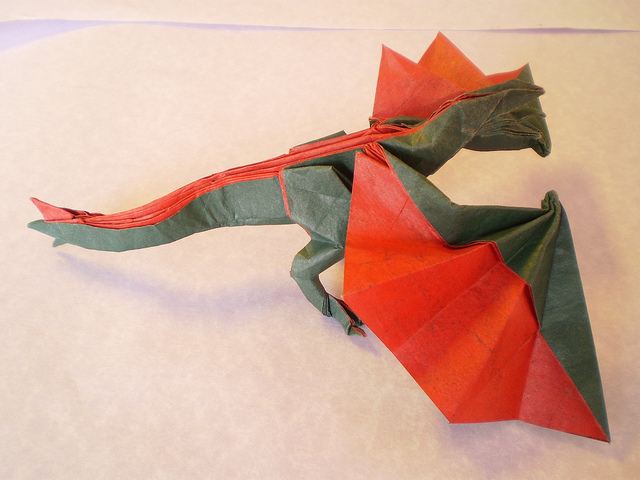 We hope that you will join future World Origami Days celebrations, share your events with us, and come up with your own ideas to celebrate origami, ultimately spreading the joy of folding around the world!

Marcio Noguchi was the committee chair of WOD for several years.