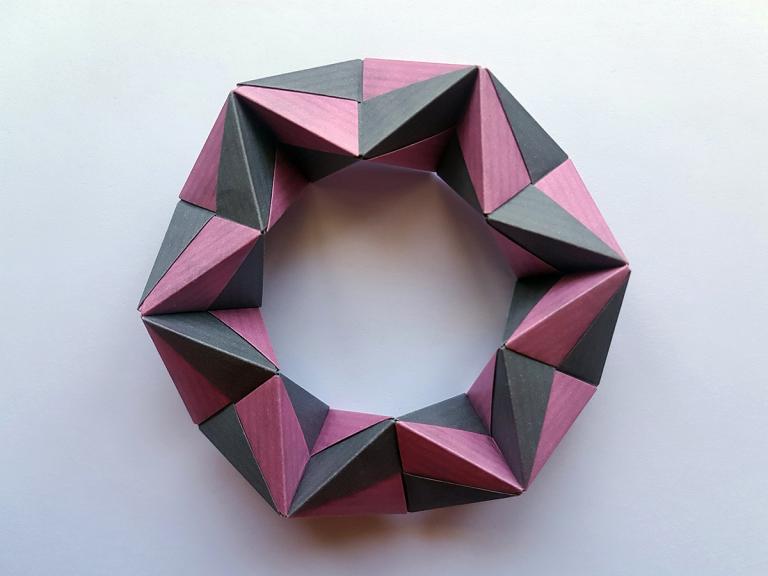 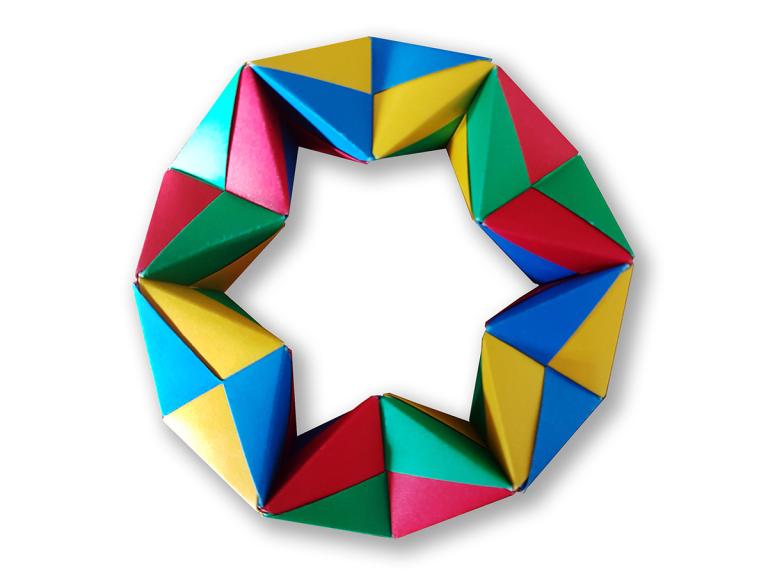 This is a fun, intermediate, modular fold, which uses 12 left-handed and 12 right-handed ‘Pyramid Color’ units, designed by the late Norishige Terada and is folded from bronze rectangles (1:√3).
Demonstration video: https://youtu.be/PlhhqmEEqJM
Article showing an exhibition of the Pyramid Color Unit: https://www.holmelee.co.uk/origami/pyramid_color_article.pdf
Mr. Norishige Terada (1913 - 1998), born in Osaka, Japan, was a member of the Osaka Branch of Nippon Origami Association (NOA). He first demonstrated his ‘Pyramid Color’ unit (60° Unit Origami) in 1977 at the ‘NOA Regular Workshop’, sponsored by the Japan Origami Association. Permission to teach this model was granted by Ms. Chie Matsubara, who was the NOA editor-in-chief, when it was published in the July 1982 issue of Monthly Origami magazine #83. Since the death of Norishige, she has been holding exhibitions to popularise ‘Pyramid Color’, most recently in November 2016 (see translated NOA article).
More than 40 years since its creation, Chie wants ‘as many people as possible to know the charm of this original unit origami’. So, I’m delighted to be able to share it with you at this convention.