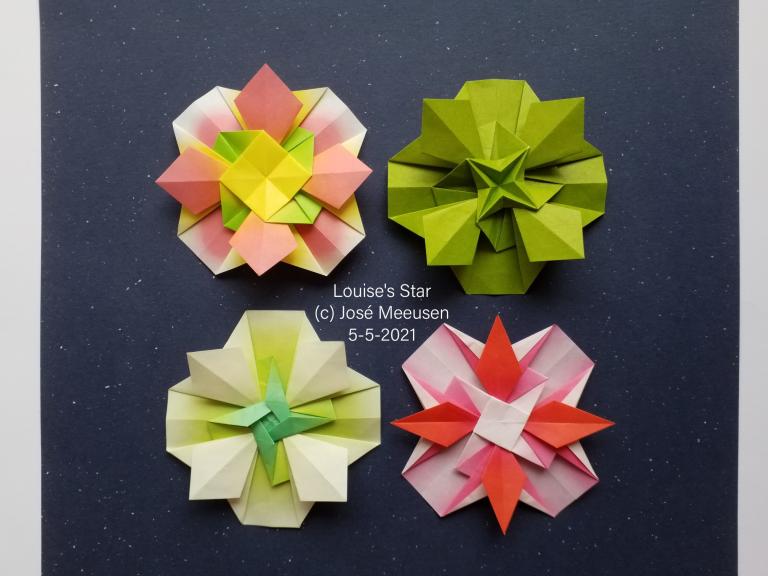 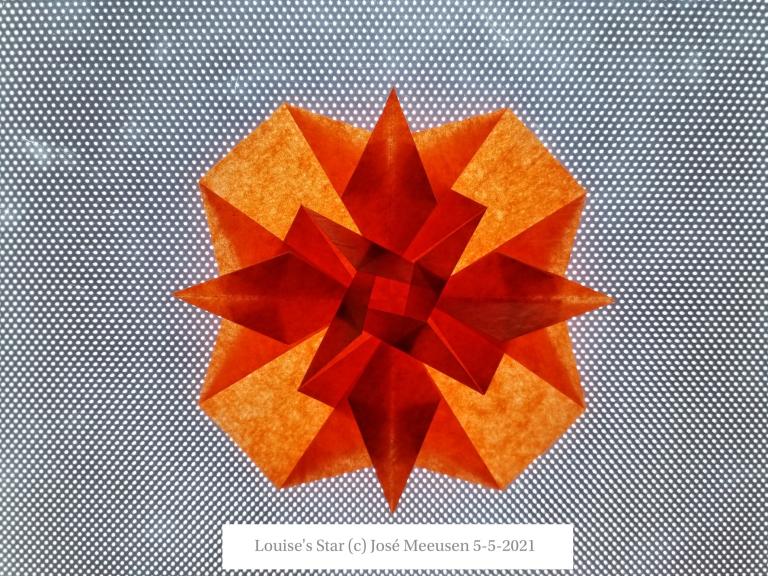 José Meeusen, a long-time origami designer from the Netherlands, is known for her geometric modulars, stars, wreaths and containers.
Louise's Star looks like it has many layers but is folded from 1-sheet of paper. This design incorporates a twist fold, satisfying folding sequence and a nice result.
This star requires a series of accurate pre-creasing for the twist fold and precise pinches. Be comfortable with creating creases that do not go across the paper. The points of the star requires an unusual combination of hooded swivel fold then a rabbit ear fold.
I will show the possible variations by adding few more creases to the star arms and folds in the center square.
José folded the orange star from a beautiful delicate paper @holzapfeldesign.
Read "Origami Designer's Secrets: José Meeusen", an interview between Ilan Garibi and José Meeusen available to OrigamiUSA members.

Louise's Star is not published.

1 piece 8" or larger (20 cm) kami to start; very experienced folders can use 6" (15 cm) kami.
Bone folder can be helpful to set creases.
Do not use heavily patterned paper or it will be very hard to see the crease lines.
Harmony paper results in nice pattern (sold at The Origami Source):
Bokashi Bloom Harmony
Bokashi Rendering Harmony