The OrigamiUSA Annual Convention for 2013 will be held at the Fashion Institute of Technology in New York City, June 21–24, 2013. 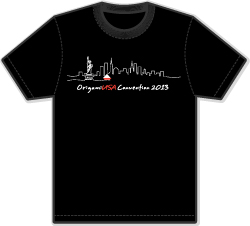 Convention T-shirt, designed by Anne LaVin. Click the image to see an enlarged view of the artwork. 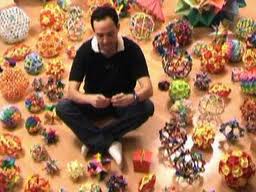 Jorge Pardo was born in Zaragoza, Spain in 1970, and his first contact with origami was at the Japanese Pavilion at Expo Seville in 1992, where he saw models by Akira Yoshizawa. During his subsequent military service he started to fold simple figures, such as jumping frogs and paper planes, and gradually became interested in modular origami. He joined the Zaragoza origami group in 2003, and started to create his own models the following year. His modular creations, such as his Flexiball, have spread through the origami world, and he has been special guest at conventions in Spain, Italy, Peru, and Japan.

Jorge has developed or collaborated on several films incorporating origami, and has organized several major exhibitions. He's also working towards the establishment of an Origami Museum. In his non-origami life he's an industrial engineer. 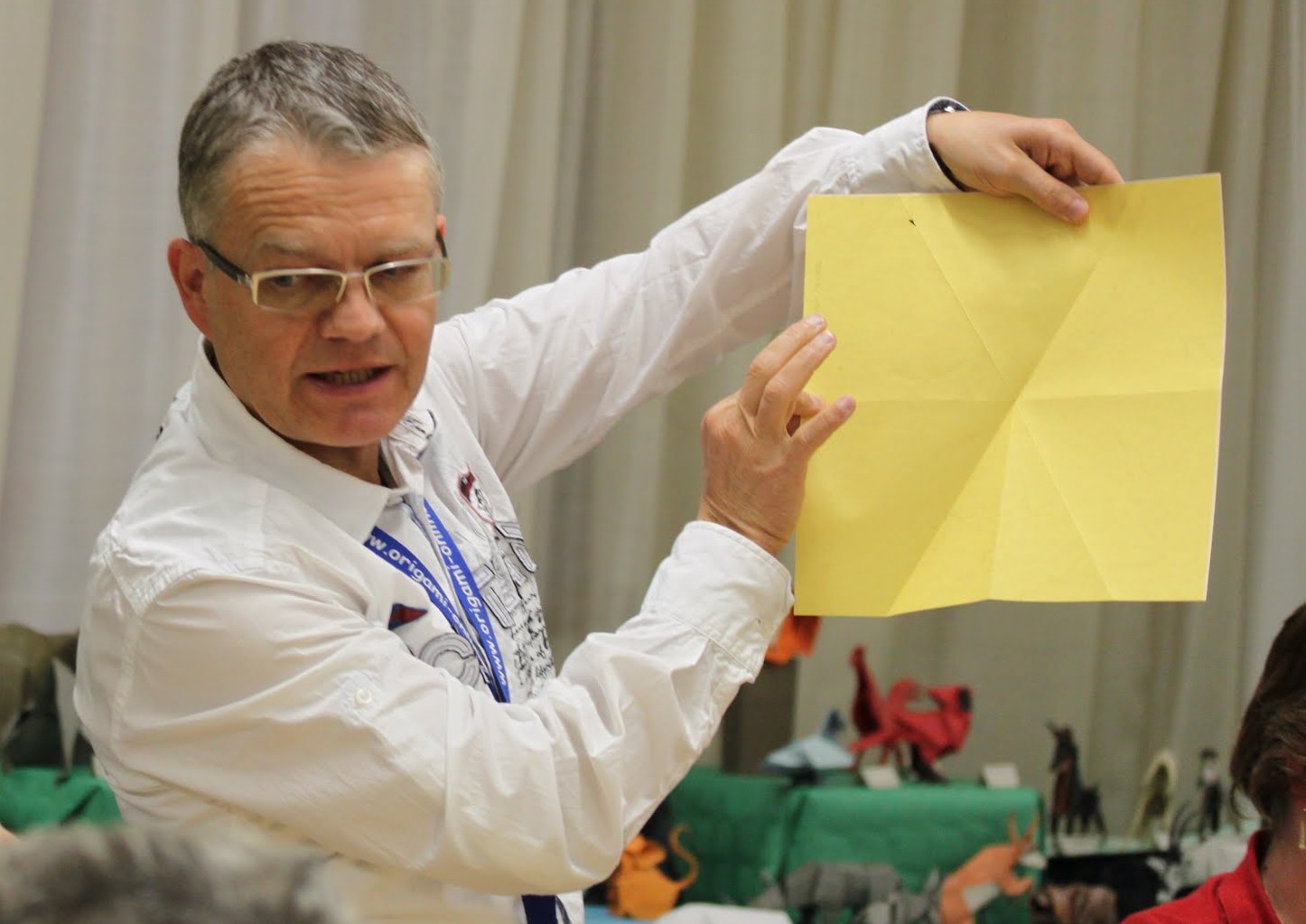 Ralf Konrad was born in Brandenburg, Germany in 1960. Origami fascinated him from childhood, but a visit to an origami exhibition in Paris in 1993 turned out to be a decisive event for his origami career. Later a search for a creative gift landed him on the webpage of beautiful gift boxes designed by Tomoko Fuse. This was the beginning of a wonderful journey in the realms of origami.

Over those years he attended many national and international conventions, met many origami artists and exchanged ideas. Paul Jackson's ideas and experience influenced his development significantly, as did the work of Alex Bateman. Soon he was one of the first tessellation folders and creators in Germany, and has created many models of his own, folding some of them in miniature.

In December 2006 he was invited to the Italian convention where he met Eric Gjerde, who included Ralf's work and his "Star Puff" model in his book. Ralf is a well published origami artist with his models and diagrams finding space in many national and international journals and books. He published his own booklet named "Cussinus sterne" in 2011 in Germany. He is also a proud exhibitor in "The Art and Science of Origami," an exhibition organized by the Jaffe Center for Book Arts, Florida Atlantic University Library in USA in 2012 –2013. Presently, apart from being a computer administrator, Ralf is occupied with his new book on modular tessellation techniques.

Thanks to Our Sponsors

For more than 40 years the American Museum of Natural History, where OrigamiUSA is headquartered, has featured the beloved Origami Holiday Tree. This year, the Museum is proud to be a sponsor of the 2013 convention and wishes all the attendees a fun and productive time!