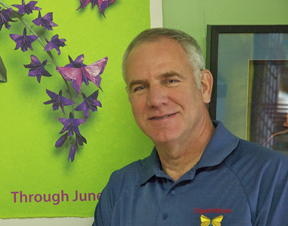 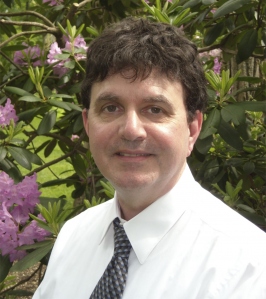 Michael G. LaFosse is best known as a paper maker and paper folding artist. He has been practicing the art of Origami for over 40 years, and has been teaching it for over 30 years. Michael is internationally regarded as one of the top origami masters in the world today.

Born in Fitchburg, Massachusetts, he was fascinated by sea shells and studied to become a biologist. This is evident in his works - many of which have been shown in the Louvre in Paris, and several of which are currently on display at the Art & Nature Center's Idea Studios at the newly re-opened Peabody Essex Museum in Salem.

His training in Biology took him to Tampa, and he returned to Florida to study Everglades animals and plants that and recreated in folded handmade paper.

A similar internship in 1997 at the Arizona-Sonora Desert Museum in Tucson created a spectacular show attended by over 40,000 people. Many of his works from that show are displayed in his hardcover book, Origamido-Masterworks of Folded Paper.

Michael and his partner, Richard L. Alexander have authored dozens of books on the art of origami. They have tens of thousands of students all over the world learning origami from video and DVD. The founded the Origamido Studio in November, 1996 to provide a teaching and resource center, and production facility for fine and decorative paper-folding arts. 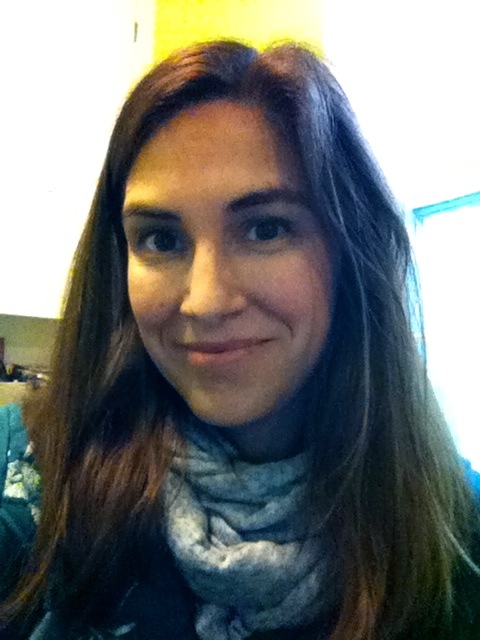 Beth Johnson has been folding paper for over 25 years, and recently began designing her own origami models. In recognition of her designs, she was awarded the 2011 Florence Temko Award by OrigamiUSA. She lives in Ann Arbor, Michigan with her husband and her seven year old son, who has no interest in origami (yet) but is her biggest fan. 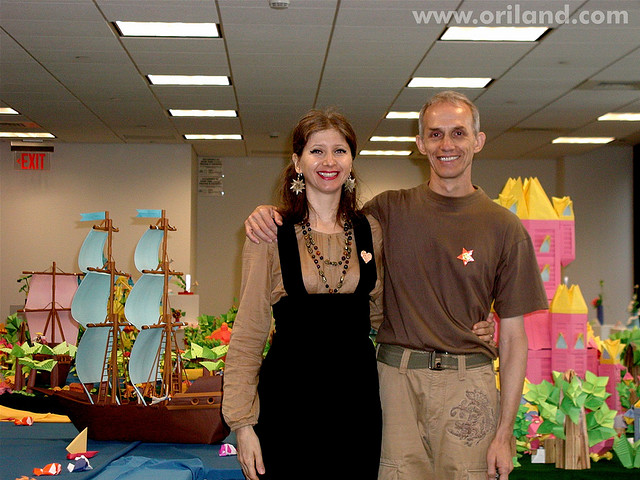 Yuri and Katrin Shumakov are internationally recognized professional origami artists. First introduced to origami in France in 1989, they developed this art in a heretofore unseen way. Now residents of Toronto, Canada and authors of many books and CDs, they share their art with the world.

They created the fantastic Oriland world, which consists of amazing creations: goblins and wizards, castles of magical wonder, dragons, princesses, trees and flowers, sailing ships and sea creatures, dinosaur skeletons and so much more including elegant floral arrangements they call Oribana. Their origami designs have been exhibited in different countries across the globe.

Psychologists by education, their Ph.D scientific work showed how origami helps the development of children: creates conditions of intensive interaction of the brain's hemispheres and effectively allows development of motor skills of both hands, intellectual and creative abilities. 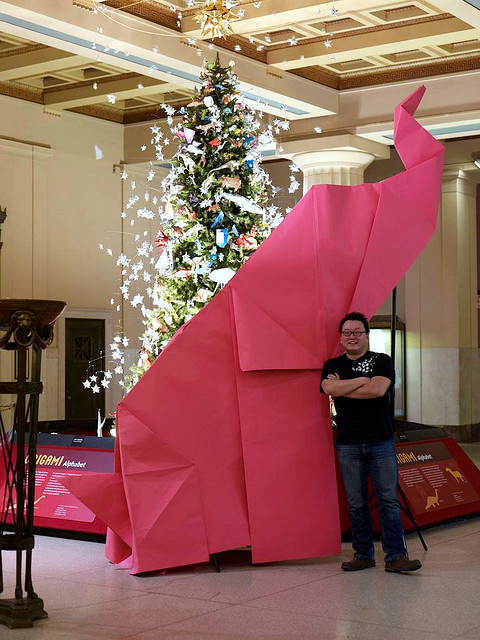 Sok Song is an Origami Artist living in New York City. Among many other activities, he is the founder and publisher of Creased, Inc., which was started in 2001. It began as a wholesale origami greeting card business with the goal of creating a niche market in the stationery industry. In the first year, the Signature line of cards, designed with simple traditional models folded from beautiful yuzen chiyogami paper, was being sold in a select number of boutiques and museum stores in New York.

After exhibiting at the National Stationery show, the Creased line of handmade greeting cards was honored by the International Greeting Card Awards (The Louie Awards) and recognized by all the stationery trade publications in the world as "Individual frame-able pieces of art." Creased, Inc., continues to sell custom greeting card to limited stores and boutiques, most recently, to the Metropolitan Transportation Authority Museum Store in Grand Central Station.

As a paper epicure and consultant, Sok's work has been seen on various television programs like Extreme Makeover- Home Edition I also worked on the promotion campaign of America's Next Top Model, where he developed and designed origami fashion accessories for Tyra Banks and the contestants. His most recent television appearance was with Mo Rocca of CBS Sunday Morning on the Tomorrow Show, talking about the future of paper and folding a custom designed origami space shuttle.