Update: The hotel room block is full. You can still reserve a room at the hotels' current rate. If you'd like to be placed on a wait list for possible cancellations at our discounted rate please email Patty Grodner at pcoc-lodging [at] origamiusa.org.

A post-convention tour will be on Monday, November 6, 2017. Sign up for the Monday Tour NOW! Information and registration links here.

Come and join us from November 2-5, 2017 for PCOC 2017 at the Crowne Plaza Redondo Beach and Marina, overlooking the beautiful Pacific Ocean.

Located just seven miles south of Los Angeles International Airport (LAX), the hotel is just a short walk across the street to the Redondo Beach Pier, an area filled with restaurants and tourist attractions. Room reservations will be open December 12, 2016. Rooms are $179/night for up to four guests. We cannot guarantee this low price once the room block is full. We encourage you to reserve your hotel room as soon as they're available, even if you're only considering going to PCOC, so that you don't miss any of the fun; reservations can be cancelled anytime up to 24 hours prior to arrival.

PCOC 2017 is proud to announce the following special guests: 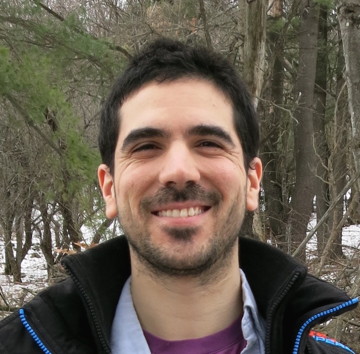 Seth Friedman first encountered origami at the age of six one day in the first grade. Then the discovery of Robert Harbin's Origami on his father's bookshelf ignited the flame of what would become a life-long passion. Seth has authored numerous books on origami, exhibited his work around the world, and received invitations to attend origami conventions in Spain, France, and Japan as Special Guest. In 2010 and 2016 he was the invited Yoshino Issei Special Guest at conventions in Nagoya and Kyushu, Japan. Seth focuses on designing realistic, complex and emotionally expressive pieces. He works daily to share the magic and wonder of origami with people all over the world. 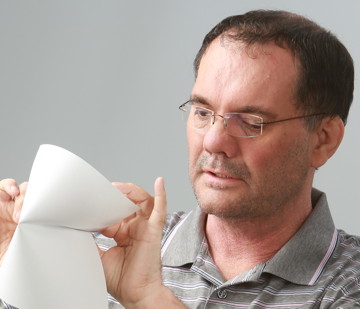 Paul Jackson (UK/Israel) was an early member of the British Origami Society, and became a professional origami artist in 1982. Since then, he has written almost forty books, including a series that teaches folding techniques to designers. He is known for his simple, action models, as well as his exploration of unusual folding techniques, such as "crumpling," "one crease," "organic abstracts," and "minimal folding." His paper artworks are regularly exhibited in museums and galleries, including the recent "Above the Fold" exhibition in Los Angeles. After marrying Israeli Origami Center founder Miri Golan in 2000 he relocated to Israel. Together they've launched successful programs that use origami to bring Jewish and Palestinian children together, and to teach geometry in primary schools.