The Greater San Diego Origami Group was founded under a different name in the early 1990s by two giants of the origami world: the late Florence Temko and the late V’Ann Cornelius. Florence was a colleague of Lillian Oppenheimer and an early promoter of origami in the U.S.A. by virtue of her numerous introductory books on origami and other arts, and her enthusiastic teaching of origami and organizer of origami exhibits. V’Ann, a former Vice President of Origami USA, in 2003 co-curated Origami Masterworks, one of the first major museum-based origami exhibitions in the world, at Mingei International Museum in Balboa Park, San Diego. She also was internationally known for her innovations in the display of origami art.

For many years, the group has met on the first Saturday of each month from 1:00 PM to 3:00 PM at the Solana Beach Branch Library. I send a reminder by email about a week before each meeting. The reminder message usually starts off as follows:

The next meeting of the Greater San Diego Origami Group will be on Saturday, …., from 1:00 PM to 3:00 PM at the Solana Beach Branch Library.

Origami enthusiasts of all ages and levels of origami experience are invited to participate in the mutual teaching of new and favorite old models.

Please bring examples of your recent works, especially those that you would like to teach.

This content is then followed by the announcement of upcoming events (conventions, exhibits, visits of origami notables to the area, etc.) that might be of interest to members.

Many persons interested in origami are led (via Google) to the group website. As the listed coordinator/contact for the group, I receive a steady stream of requests for teaching origami at various events, or folding special models. When I receive a request, I directly contact group members who I think could fulfill it and/or send out the request to the whole group.

There are over a hundred members on the mailing list, although typically about 15 members on average have attended meetings. Over the years, a number of folders have traveled to meetings from Orange County. 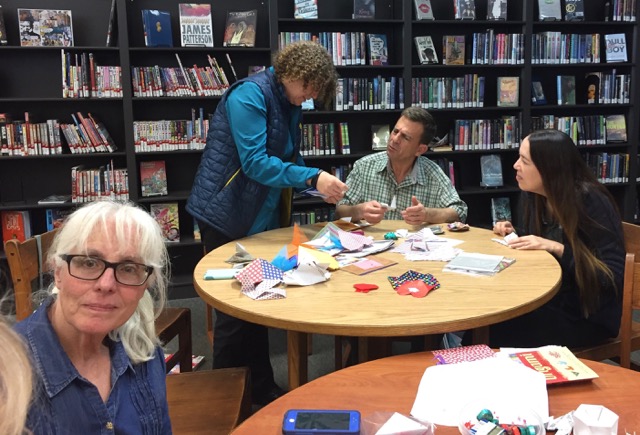 It has been heartening to see so many talented folders in the 9-12 age range attend meetings. Unfortunately, many drop out when competing interests (music, sports, ….) arise. A notable exception is Joseph Huang, who started to come to meetings and display his original high-intermediate/complex models when he was around 11. He later founded an origami club at his high school, and now, as a college sophomore, participates in the origami club at the University of California, San Diego at La Jolla. Nevertheless, he is still one of the most faithful attendees at our monthly meetings. He will soon publish a book of his highly unique works. 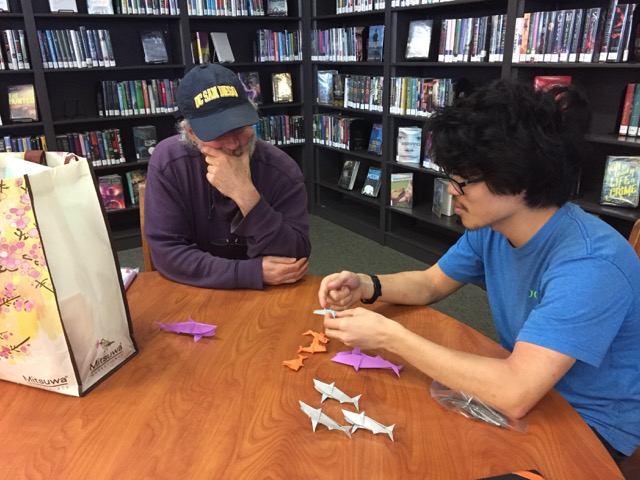 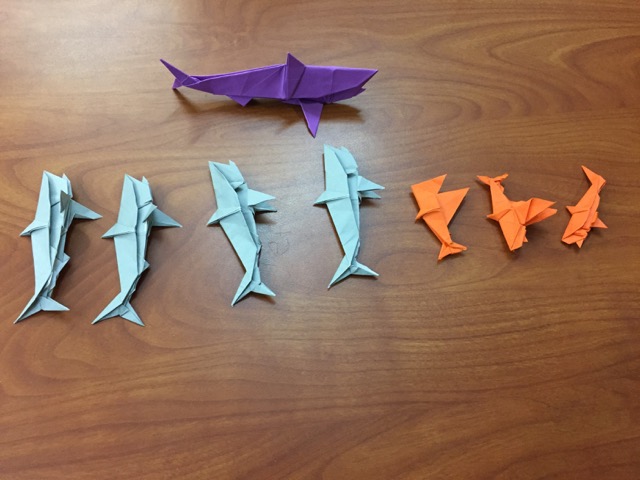