There are two annual origami conventions with an established tradition in Poland. Last year, I published a report from the Outdoor Origami Meeting, the English-language convention. This year, I want to briefly discuss the convention of the Polish Origami Society (Polskie Towarzystwo Origami, PTO), held in the Polish language.

The convention of the Polish Origami Society takes place at a different place each year. After metropolitan Warsaw, which hosted us a year ago, this time convention-goers had to make their way to a youth hostel in Wieszczyna, a tiny village in the Sudetes, a mountain range near the Czech border. This remote location may have scared some people away, and I would have hesitated myself if it were not for a bunch of origami friends from Warsaw who were going there by car and whom I joined. Even though we arrived in the afternoon the day before the official opening, quite a few participants were already there.

The youth hostel, in which we were the only guests for most of the time, had recently been renovated and offered a lot of space for folding indoors as well as a porch, a large terrace and a back yard for folding outside the building. In the vicinity a wooden observation tower offered a view of the beautiful mountain surroundings. Since there was no shop or restaurant within walking distance of the hostel, we had to rely on the food served there, but fortunately it was delicious, and the hostel's crew was very hospitable and helpful. 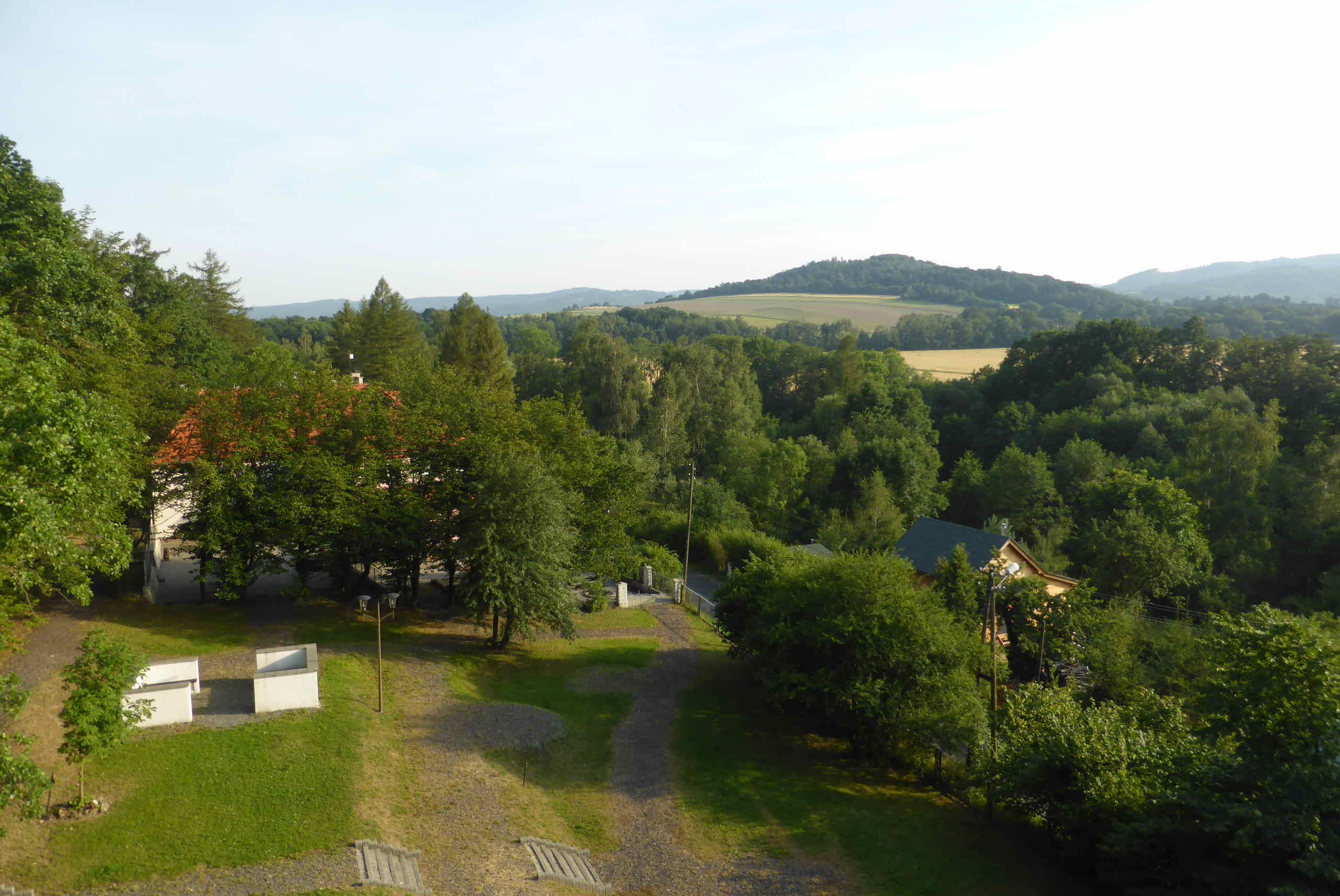 View of the surroundings.

This convention usually has a rather loose agenda, and the current year was no exception. With the official schedule having only one, at most two workshops in parallel, there was plenty of time for free folding. Since we were all staying at the same venue, folding and chit-chat continued long after midnight. Since the Warsaw group went home together after the convention, we continued folding even in the back seat of the car. Among the models folded during the official workshops, I especially enjoyed the box-pleated sled by Łukasz Petryka, Artur Biernacki's new hippo and Metal Star by Małgorzata Łodo. My own workshop included the Shamrock Box and 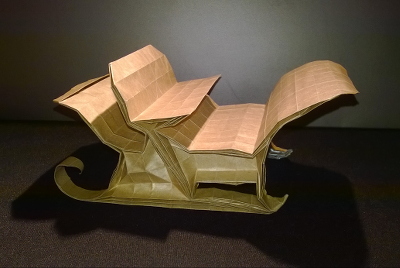 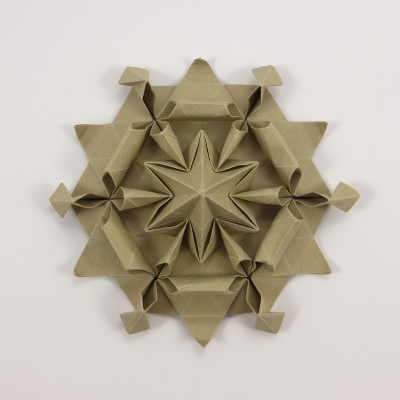 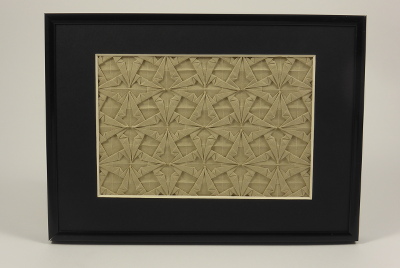 Other activities included the yearly meeting of the Society, a bonfire with some origami games and a self-organized trip to the nearby town of Prudnik with a nice market square and several medieval towers, one of which hosts an interesting local museum. 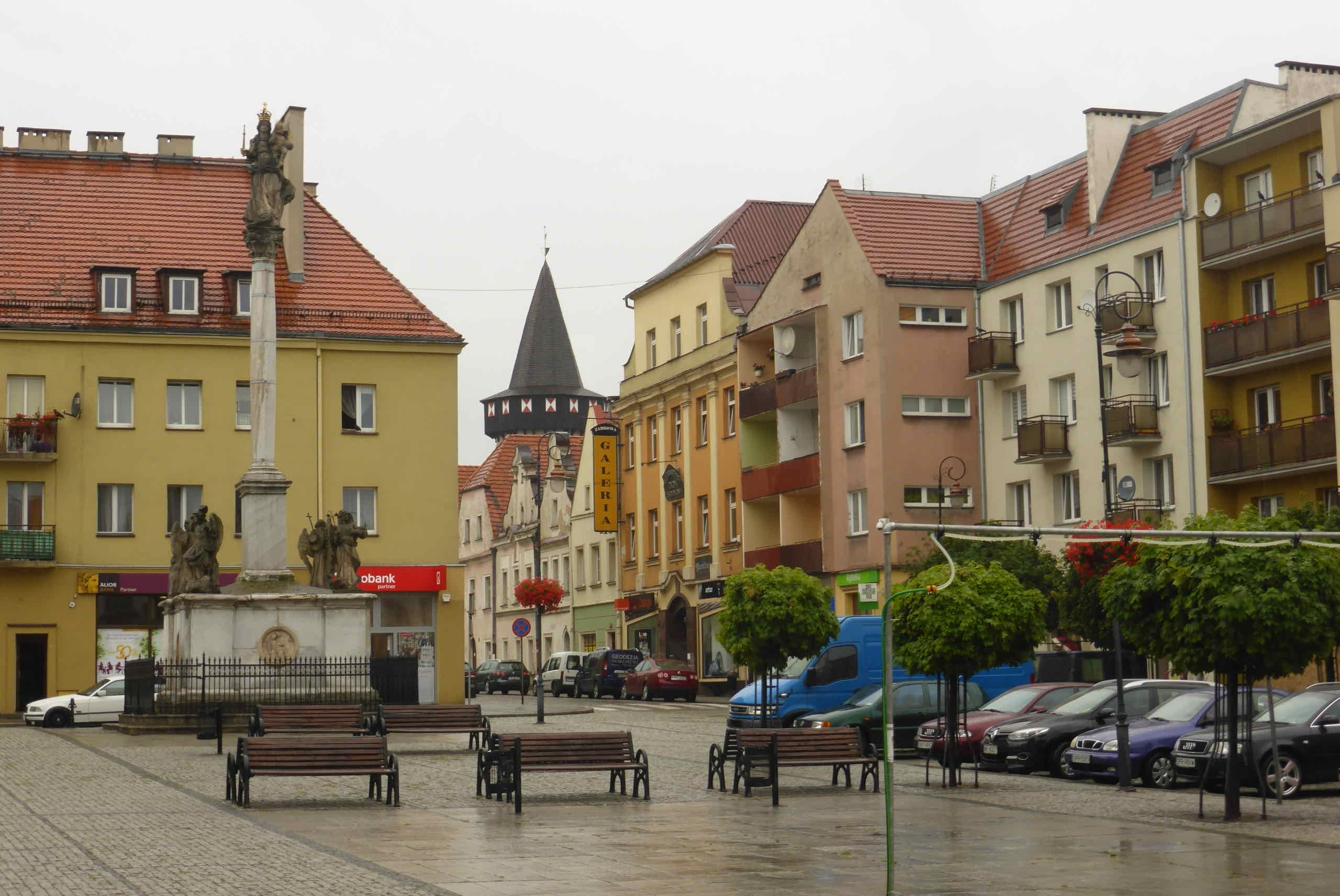 While this year's convention didn't have any special guests and at first glance only a limited choice of workshops, the unpretentious atmosphere and folding long into the night made it more like a meeting of old friends than an official conference. Beautiful surroundings only made it even more worthwhile.