Inside this issue, find an abbreviated version of this letter from the President; photos of all sorts of origami hats, the Origami Pin Exchange, Exhibition, Ticketing, Saturday Classes, and the Novelty Competition; information and awards from the Annual Meeting; and diagrams for a special convention model sponsored by Creased magazine.

The Origami Pin Exchange was a great success! You can read more about this informal exchange and see more pictures over at the event's facebook page. More than 75 people participated in this pilot program with pin-makers from all over the world. A very popular new activity, expect this exchange to become an annual convention tradition!

The Annual Meeting resulted in the reelection of six Board Members and the election of one new Member, Lisa Bellan-Boyer. You can read all 2012 candidate statements here. Minutes for the Annual Meeting will be posted here later in the summer. Additionally, three awards were given at the Annual Meeting: the Ranana Benjamin Award was given to MaryAnn Scheblein-Dawson; the Florence Temko Award was given to Juston Hairgrove; and the V'Ann Cornelius Award was awarded to both Cal Origami and OrigaMIT local area groups. You can read more about all of these awards here.

There was a plethora of fantastic classes taught on Saturday. You can find class schedules and photos of some of the models on the 2012 convention website. You can also find a photo of the classes that sold out in the PDF below.

Lastly, the Saturday evening Novelty Competition was a show in two acts. The first act was the Story-Telling Competition. For this competition, contestants chose a random set of ten nouns and five verbs and were required to create a story incorporating a subset of these words into a story using origami models. The winning story presented by Rowen Pierick and Jonathan Schneider depicted a zodiac inspired plight of a snake yearning to be a dragon and the dangers of taking advice from owls.

The second act was a novelty competition designed for pairs of contestants. Ten teams were given ten minutes to fold two models that were related to each other in some way. Grand prizes were awarded to two teams: Yuriy Slabicky and Rowen Pierick folded the Titanic ocean-liner and its nemesis, the iceberg; and Jacob Callas and Sejin Park folded an airplane and airport, cleverly entitled Southwest Airlines, a crowd favorite. Honorable Mention was given to Malachi Brown and Jens Kober for their tortoise and hare, complete with reenacted race around the Great Hall. Thanks to everyone who participated!

Click here or on any image for a PDF of the newsletter. We hope you enjoy! 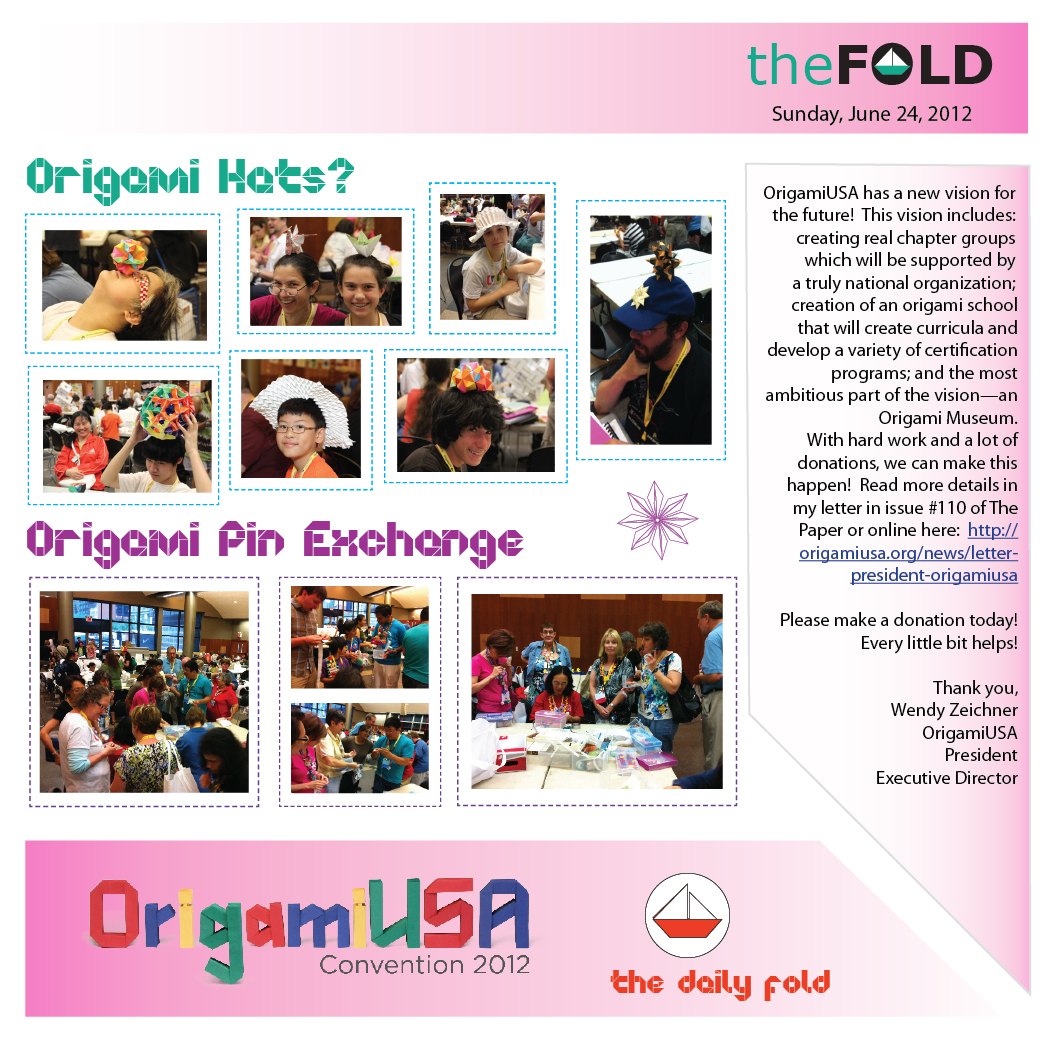 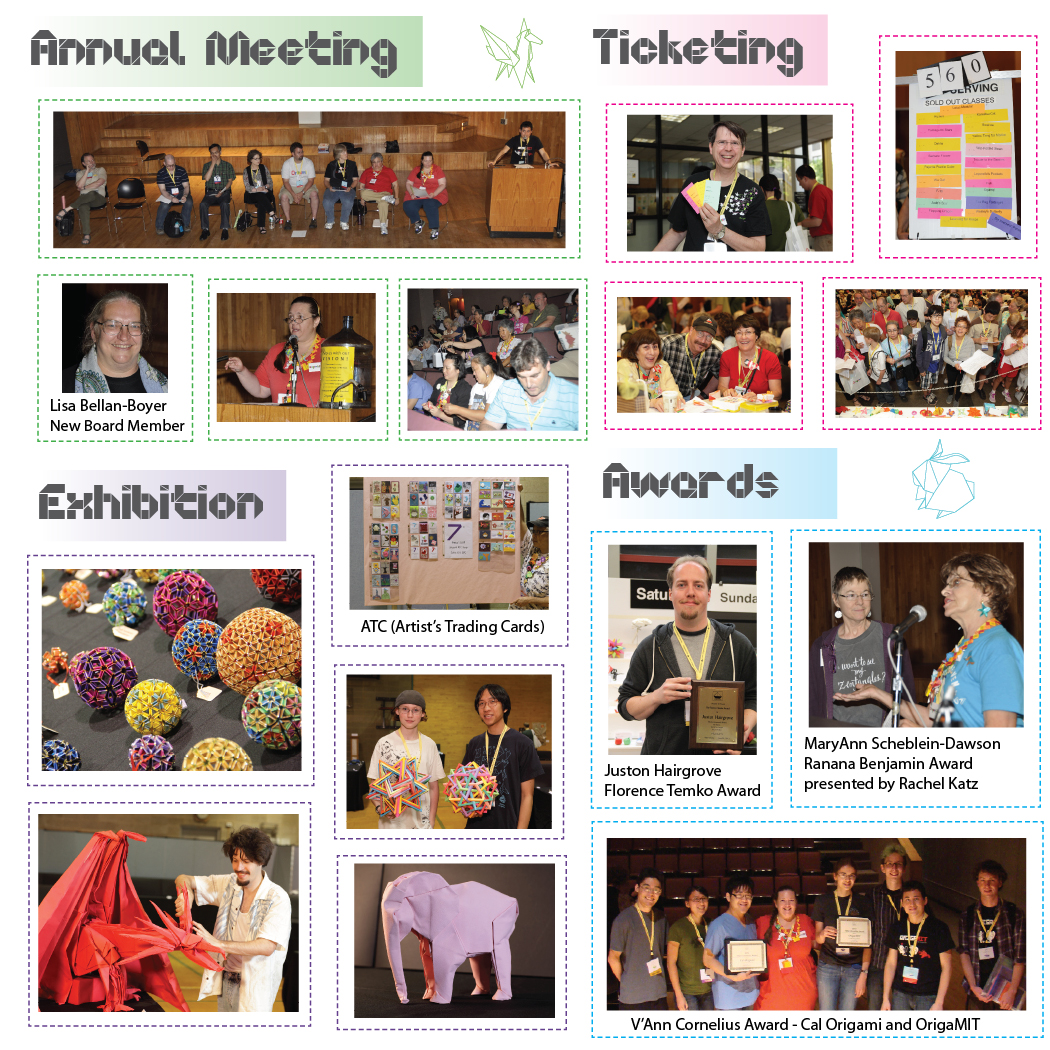 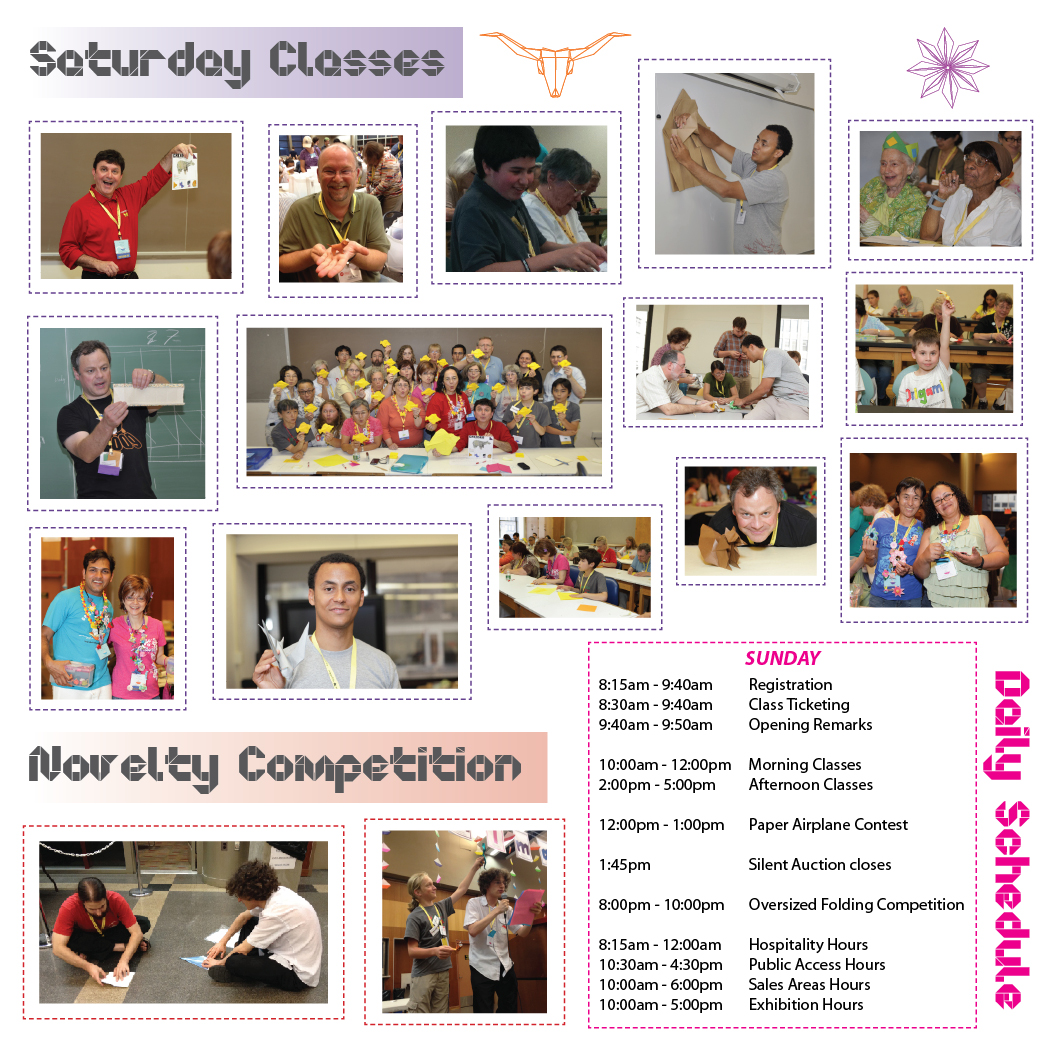 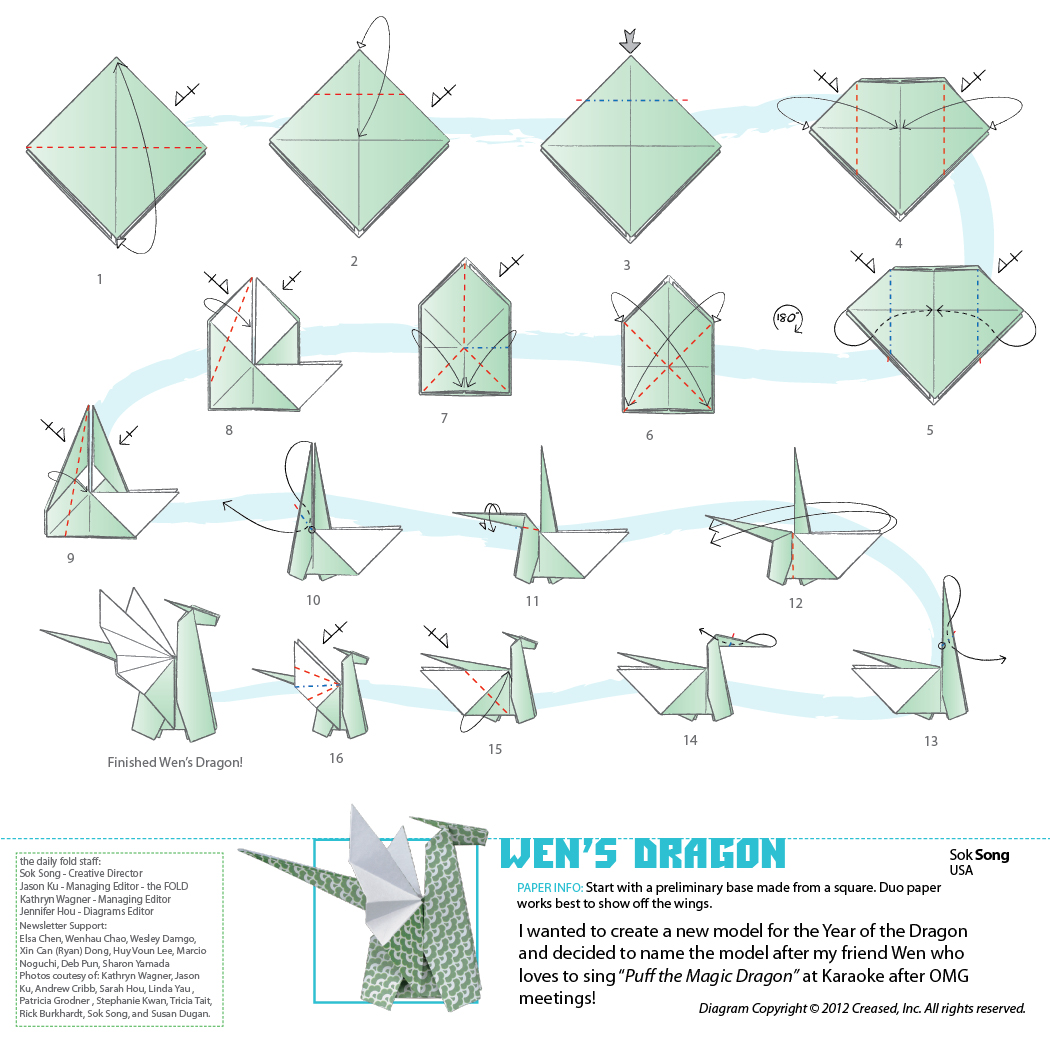 June 26, 2012 - 5:08pm jason.ku
All four pages are displayed in this document. Try clicking on the photos to find a PDF of the document which clearly contains four pages. For future inquiries, feel free to contact thefold@origamiusa.org.