Nicolas Terry teaching his Bird
all images by Yael Meron.

In October 2015 I received an official invitation, on behalf of the Origami ArtistS of ISrael - OASIS, to participate as guest of honor at the OASIS 2016 convention. The honor was all mine, to have been invited to this important convention. OASIS is an association of expert Origamists for whom Origami does not only represent a great passion, but is also a profession for many of them. The technical level of the OASIS members is really very high, both in the quality of the folders and of the creators and professionals. A great challenge therefore, since being a guest of honor does not only involve a series of responsibilities, in addition to a series of pleasures, but in this context the expectations of the hosting association were particularly high. The other guest of honor was to be none other than Nicolas Terry … and the challenge to leave a good impression became even greater!


Chocolate factory For the OASIS convention I purposely created the Chocolate factory with chocolate gnomes and organized five folding models, trying to give a complete vision of my works: Mage, Lantern, Aeroplane, Penguin and Elephant. In addition, I prepared a presentation on Figurative Modular Origami and the design techniques that now characterize me. 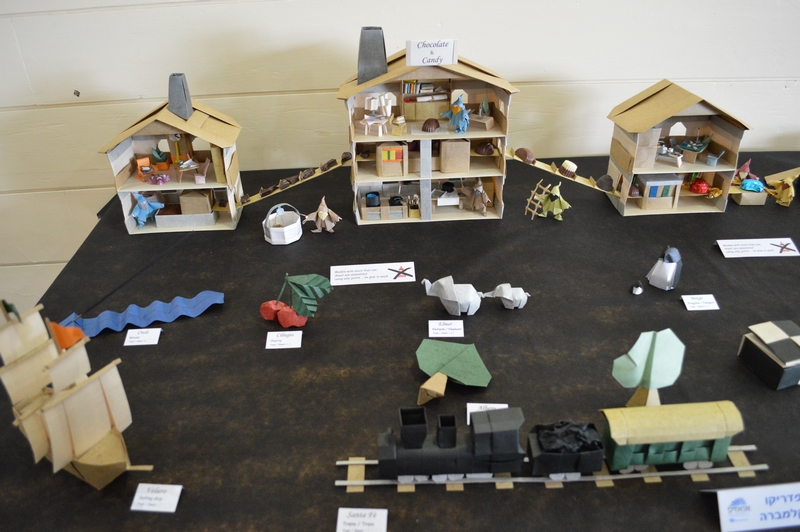 
Small or big? Why not both? To an expert origamist, whether a creator or not, a convention with a large number of participants open for all and with many participants offers the possibility to meet a remarkable number of people. On the other hand, a more restricted convention provides an unique opportunity to study more technical aspects at a deeper level and focus greater attention on the new emerging creators who often are lost in the vastness of the conventions that have large numbers of participants.

Group photo of OASIS and guests


A small treat The OASIS convention could be defined as – a small treat! A convention intended for a small number of participants, reserved for origamists with a certain experience. At first it could seem restrictive and elitist, something that goes against the inclusiveness of Origami, but it is not at all like this! The behavior of the participating origamists was not at all elitist. Although being origamists with great experience, many of whom are Origami professionals, they maintained the well-known modesty of origamists. It was really a convention on sharing techniques and the potential of Origami: a meeting among experts that revitalizes and strengthens the spirit and passion of creative origamists as much as that of the folders.

One thing that I greatly appreciated at the OASIS convention was having a third special guest, an Israeli member of the association, Ben Goldberger, who, although well-known to the members of the association, had the opportunity to highlight his work and have it valued not only by the OASIS members, but also by the foreign Origamists who took part in the convention. The daily folding programs were perfectly organized, with backup plans (in case the presenters were absent) and with particular attention to avoid overlapping the workshops of the foreign guests. The exhibition was very rich and with many original models, despite the limited number of participants. The models made at the folding tables were added to the exhibition; it must be said that in many cases they were folded better than those of the creators!

Compliments I pay sincere compliments to the folders, among them Herman Mariano, Gal Litman, Eyal Reuveni and Ynon Toledano, to name only a few, not just mere reproducers of the original models, but artistic interpreters capable of giving an original shape and character to the models they fold. Even Nicolas spoke of this during his lecture on how to transform a simple model into a model with great effect!!! Another particularity of the convention was the availability of paper for the folding sessions of the convention. Among the available paper, there was also worked paper, decorated paper, embossed paper, and Elephant Hide paper. There were also particular tables with models to donate to OASIS or to be exchanged among the origamists.

Two words about the other guests: Ben Goldberger, the local guest, astonished everyone with the originality of his models and his kindness, while Nicolas Terry, well… he is Nicolas Terry, an involved and a passionate origamist all-round! 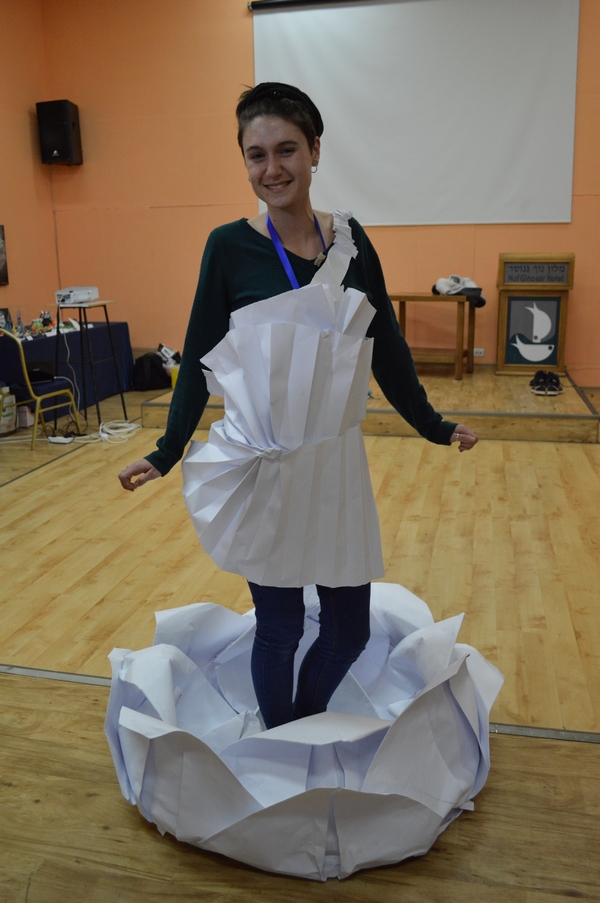 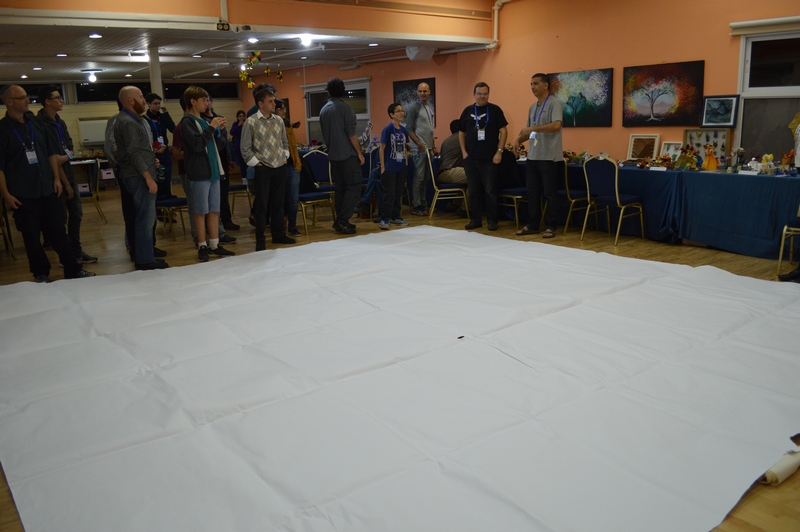 Let the people play! Origami games were not missing either. Two teams, headed by Nicolas and myself, ventured to create gigantic Origami, made with 5 meter squares. Nicolas and his team produced a sort of dinosaur-bird furnished with a real human being, used for the creature's movements … producing a work with great effect!!! I trusted the safety of traditions united with Italian charm, and together with my team I created a gigantic lotus flower with, on the inside, a living Venus clothed with an Origami dress … And we won!!! Maybe more thanks to Venus rather than for the model itself. There was no shortage of nocturnal folding either: flowers, animated marionettes, bookmarks, many other models and a “special” animated Origami by our own Pasquale D'Auria!

Let the people drink! Ah, I almost forgot! A refreshment area with biscuits, water, fruit juices, teas, herbal teas, and coffee that was always available for the hungry or thirsty origamists, an area that I appreciated very much! The atmosphere of the convention was really special! Welcoming and comfortable, it felt like being at home with my family, a family of dear friends. The convention was held in a beautiful and new hotel in Ginosar on the sea of Galilee. The location is really striking and relaxing. For those who had the possibility to wander outside the hall of the convention, there were green lawns and the chance to take a dip in the waters of the Sea of Galilee. The restaurant was excellent, with a buffet rich in variety with many delicacies!

Hospitality One last thing about the hospitality of the Israeli friends. Both Nicolas and I arrived three days before the convention, and not only did we stay as guests in the home of OASIS associates, revered and pampered, but we were also accompanied to discover some of the wonders of Israel, such as the cities of Jerusalem, Tel Aviv, Galilee, Haifa and Acre. We had the chance to taste some of the typical dishes and to deepen our knowledge of this marvellous country. Thanks a million to all our hosts and to our escorts who made our trip to Israel really unforgettable: Ilan Garibi, Yael Meron, Saadya Sternberg, Sasha Nurenberg.

Thank you, Federico, for this report! Now I wish I could go to next year's convention in Israel... if only I could! Maybe someday. It sounds like it was a great experience.