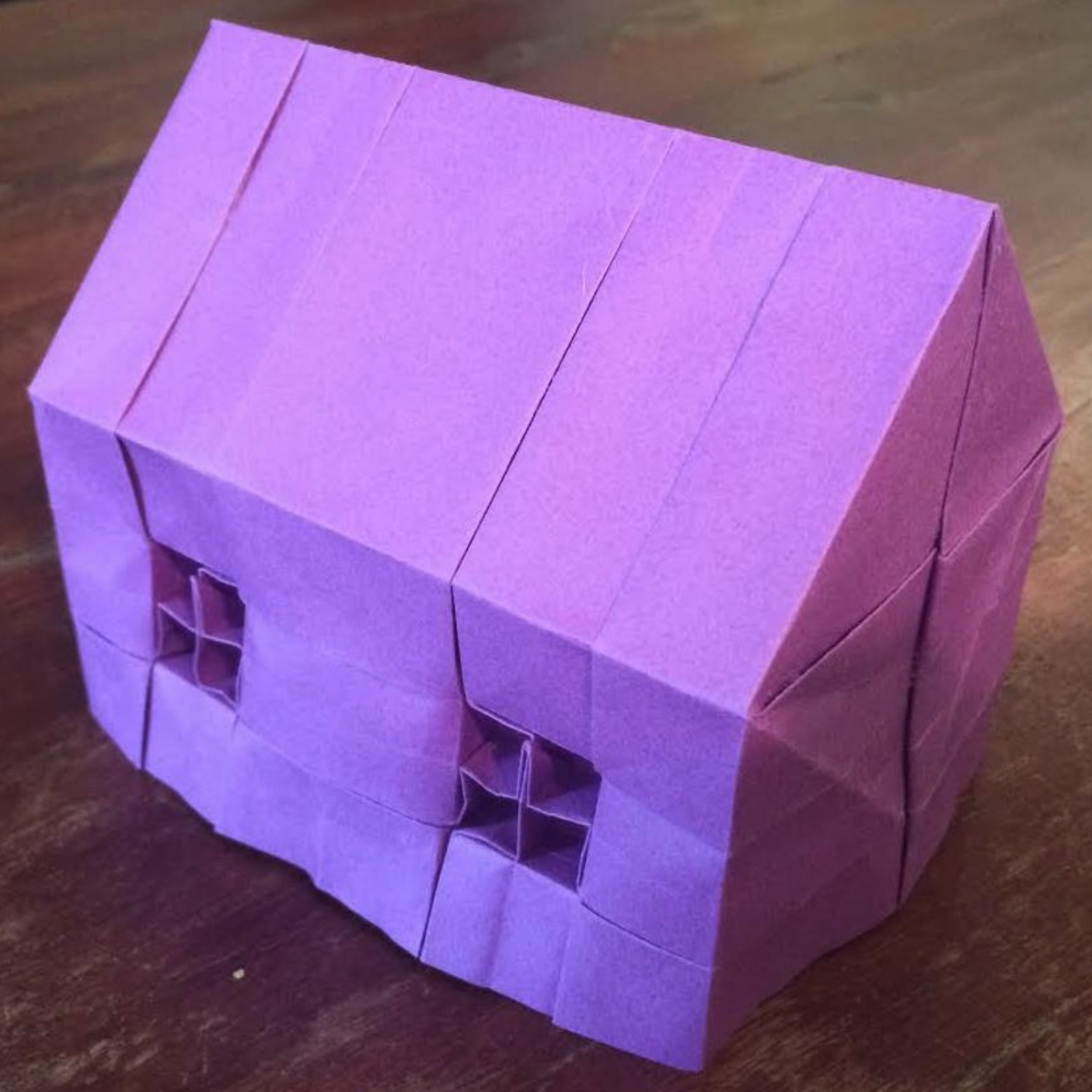 This model is my debut as an origami designer. The idea to make a window using indentations to simulate window panes came to me in a moment of inspiration. After a little tinkering, I determined that I could make the window lattice by utilizing the thickness of the paper. After the window was designed, putting it onto a house was just a matter of choosing dimensions that would result in easy to find reference points and wouldn’t create extraneous creases in the model.

The model’s instructions are an unconventional combination of a progressive crease pattern combined with photo diagrams of certain steps. For this model, a progressive crease pattern more clearly illuminates the design than either diagrams or a standard crease pattern. I chose to use photographs instead of drawings to illustrate steps because 3D box-pleated forms are often difficult to diagram clearly and close-up photographs can more accurately depict the folds. I recommend using a 12 inch square for a first fold. The model in the photos was folded from Tant.

"Atomic Detonation" is another model I’ve created recently based on crumpling and can be seen on my flickr. I hope to post more there soon. I’m currently working on a more complicated house which adds roof tiles, siding, and a chimney.

For those of you who want a little challenge, here you go: