The Chinese character for double happiness (Fig. 1) can be obtained with a template that requires several cuts (Fig.2). A question that arises from this template is: is it possible to obtain double happiness with one cut? Conveniently, Erik Demaine (ED), Martin Demaine (MD), and Anna Lubiw had published a theorem for answering this question (Demaine, Demaine & Lubiw, 1998; see also One-cut theorem ; a video lecture is available at: Video lecture ; for additional information, see Demaine and O’Rourke, 2007). 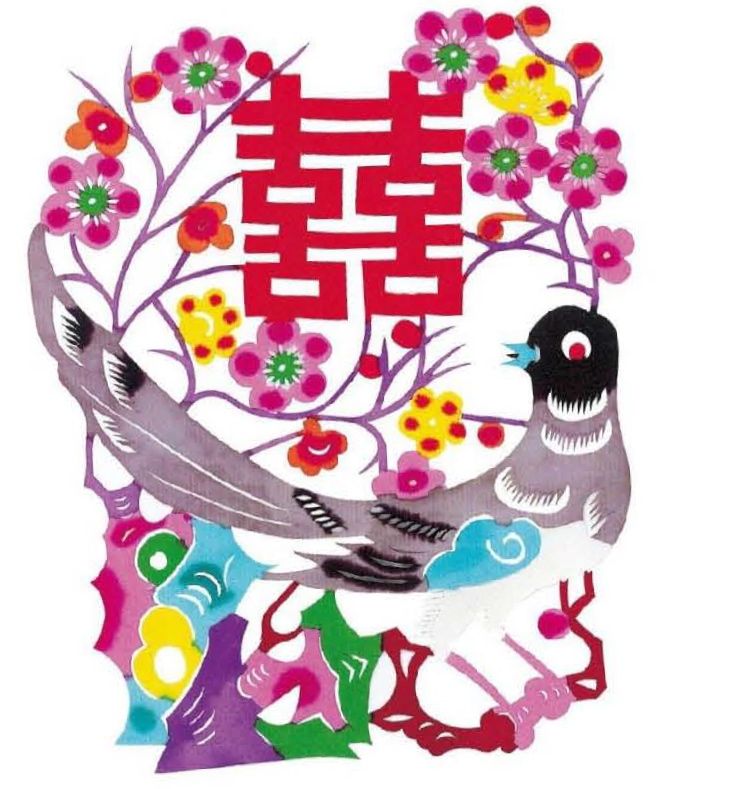 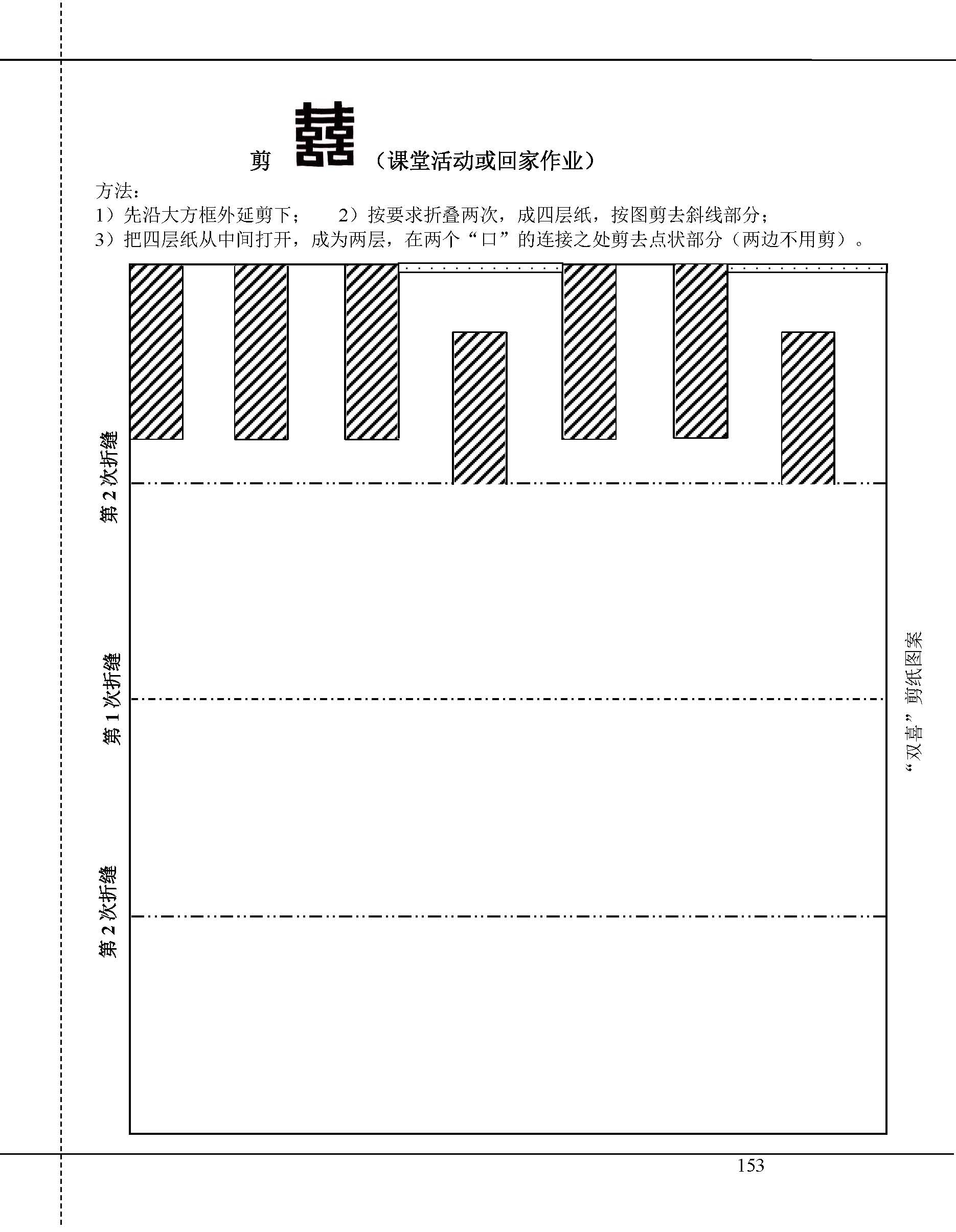 ED and MD quickly produced a crease pattern, thus allowing us, in celebration of the Year of the Dragon, to present you with the one-cut double happiness (Fig. 3). 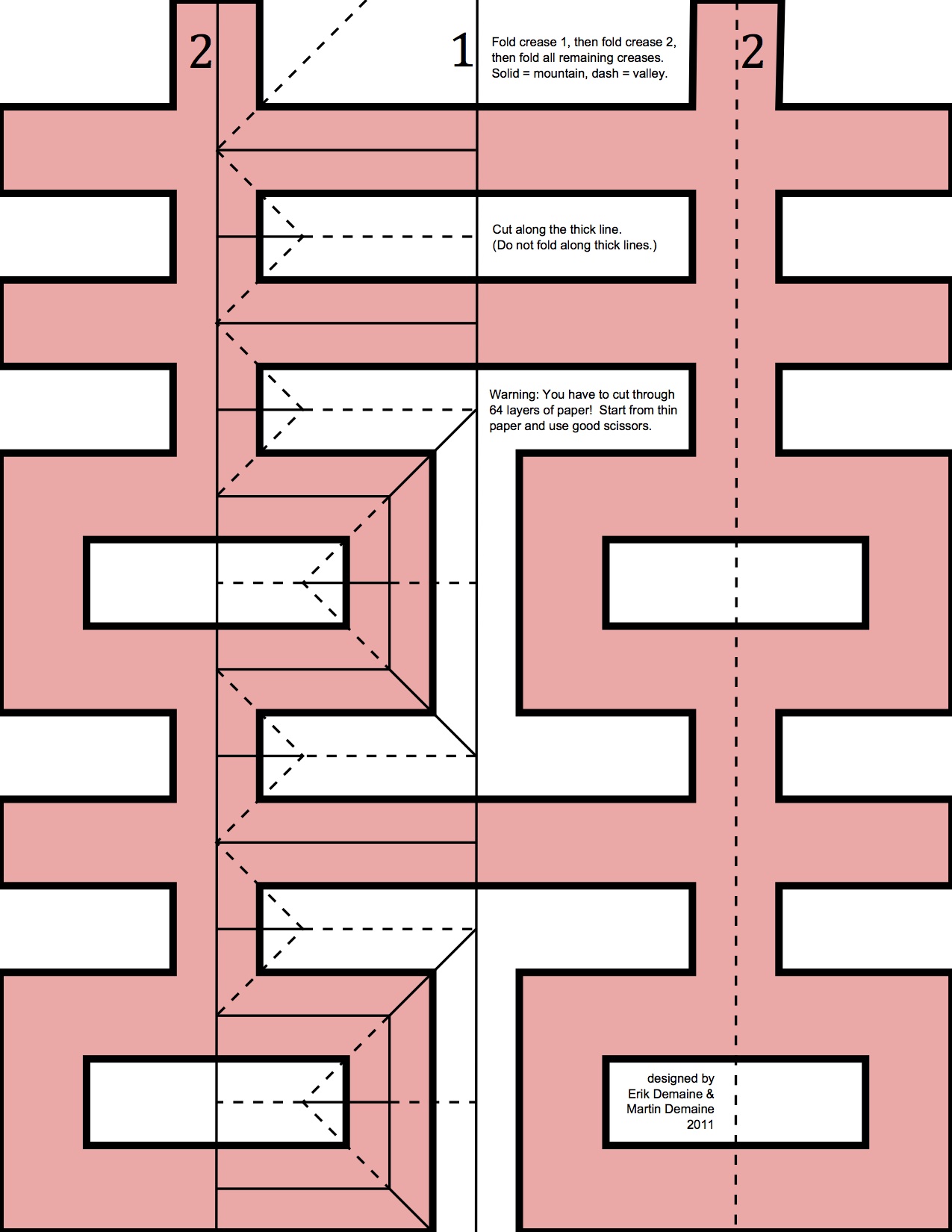 Just as achieving a state of happiness requires a great deal of work, so the one-cut double happiness may pose a challenge. Folding the crease pattern is not difficult, but with regular, 20 lb. paper, the final folded paper, which has 69 layers, is about one cm thick when tightly compressed (Fig. 4) and cannot be cut easily (unless one has access to a laser cutter?). 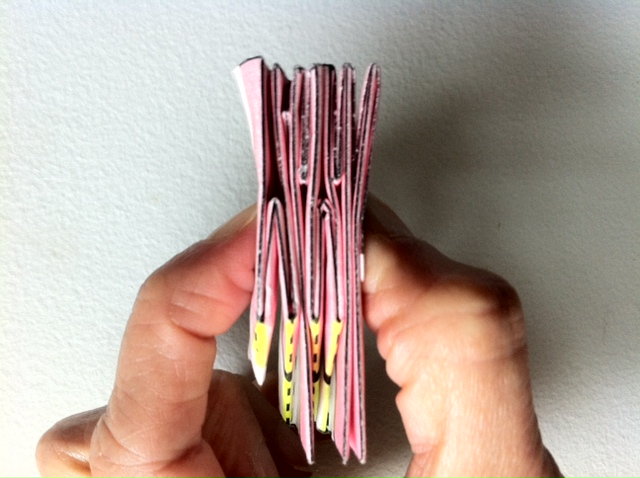 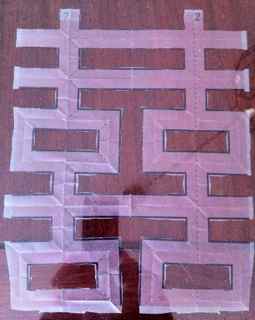 For those without ready access to a copier with manual feed, one can try the following: pre-crease regular paper containing the crease pattern and then re-crease the paper after placing a sheet of tracing paper on top. Remove the regular paper; refold the tracing paper and cut. Thus far, the final tracing paper product leaves much to be desired, but with each attempt, the result has improved.

If you are interested in trying to make the one cut double happiness using other approaches, and with better results, please share your strategies and outcome with your fellow readers of The Fold.