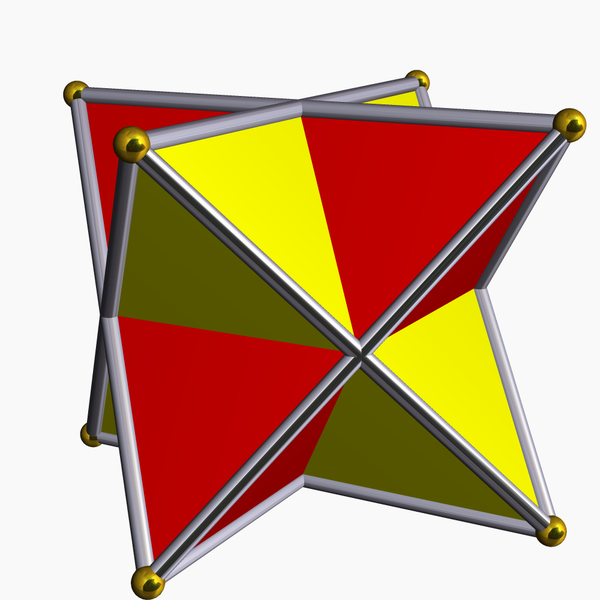 The first time I saw the shape of a stellated octahedron was on a necklace worn by my nephew. In Hebrew, this geometric shape is called a "Merkava", meaning a work of a delicate combination of pieces. In the Kabala it is a talisman for good health and long life.

Geometrically, it consists of two intersected tetrahedra. To make it out of paper, you could use 24 units - one for each distinct edge in the structure. Since every edge of each tetrahedron is divided in the center into two struts, you would need 12 struts for one tetrahedron and 24 for both. Making a 60 degree connection between struts is easy thanks to the technique developed by Francis Ow, but how would I make connections where two edges cross and four struts come together? It looked to me like 90 degree connections, but adjoining unit faces would intersect at different angles that were too hard for me to calculate. I was stuck.


To Cut or Not to Cut

According to unofficial International Origami Law, no cut is to be made in an origami model. Otherwise, your license will be revoked, and you should expect hard knocking on your door in the wee hours of the night. If this were not the case, our life could be much easier - there would be a very simple way to intersect two long edges: one edge you would cut halfway down from the center, while the other would be cut from center to top. Then you would interlace them.

My "Ahha!" moment came when I realized I could make these slits without cutting by using folding instead! The procedure itself is very simple, and is presented in the provided diagrams. 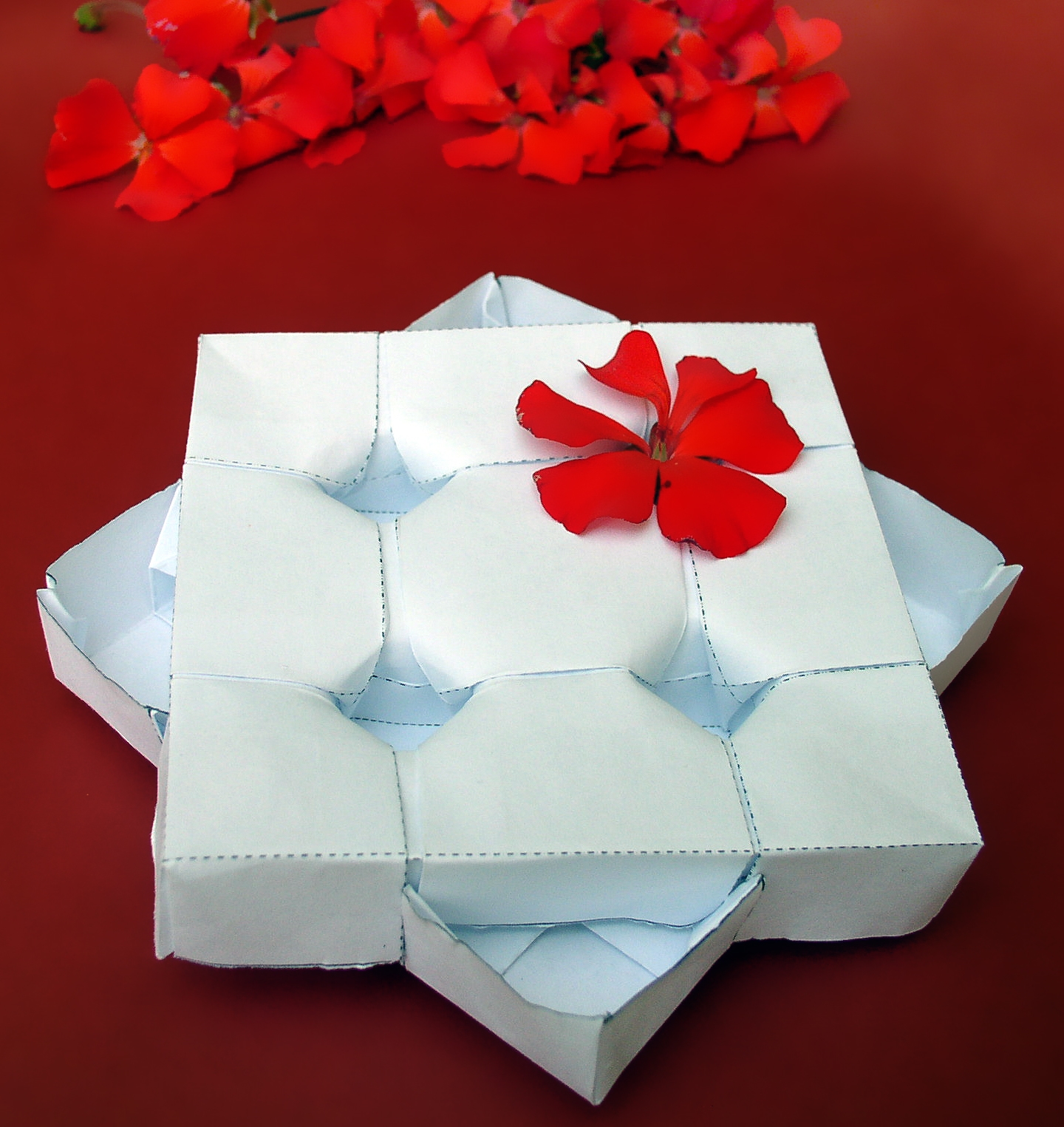 There are many uses for this method of slitting paper. I explored its potential only a little and came up with the following box, which is covered by an identical, rotated cover. Another model can be made from two A4 sheets folded into half a pyramid each that must be slit in order to be connected. I do hope you will find some other uses for this design tool in your own models!

Of course, many have made this geometric shape before me. I challenged my friend Gadi Vishne to do it, and he calculated the angles on the fly, presenting me with his solution the day after. But I prefer my way; sometimes instead of unraveling the knot, you can cut it by the sword!

Thank you for this article. I really find the model fascinating. I attempted to make a model using 12 one-dollar bills. Here is a picture of my first effort: