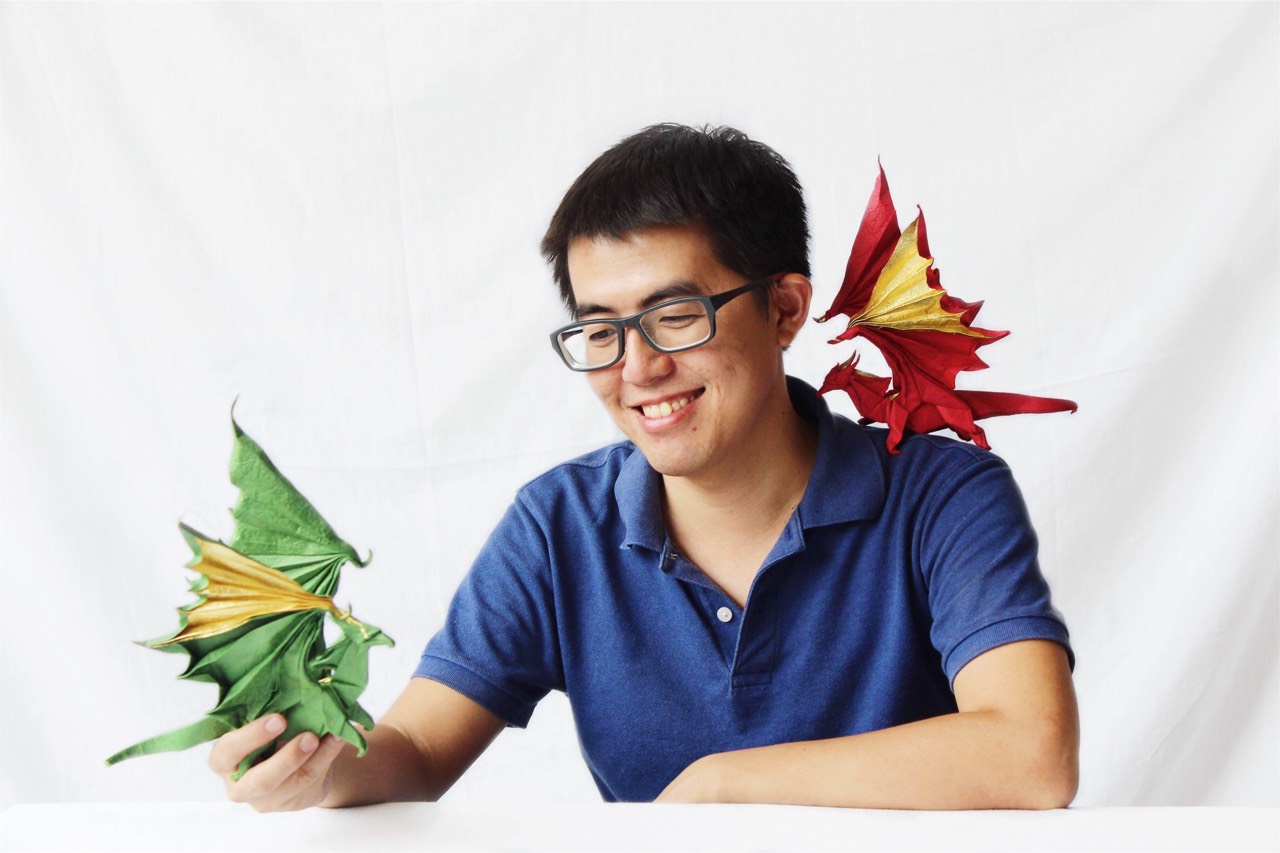 Before I introduce my models for this article, which were inspired by the Lunar New Year of the Pig, let me tell you a little bit about myself. I was born in 1987 and currently live in Ho Chi Ming City, Vietnam. I am an engineer of biotechnology and currently serve as brand manager of Twinings in Vietnam as well as a technique and art consultant at AXA Studio. I joined Modern Origami in 2007, and my first creation, Shenlong, was released the same year.

Besides using square paper, I create origami models from triangles. In following multiple disciplines, I research and connect other traditional arts to origami, such as kirigami and use-katagami.

I offer you three pig models: an easy piggy wallet starting from the traditional pig base. The second model, is a piggy money pocket, which I classify as intermediate. The third model, piggy, also begins with the pig base, but it is high intermediate because of the need for shaping. 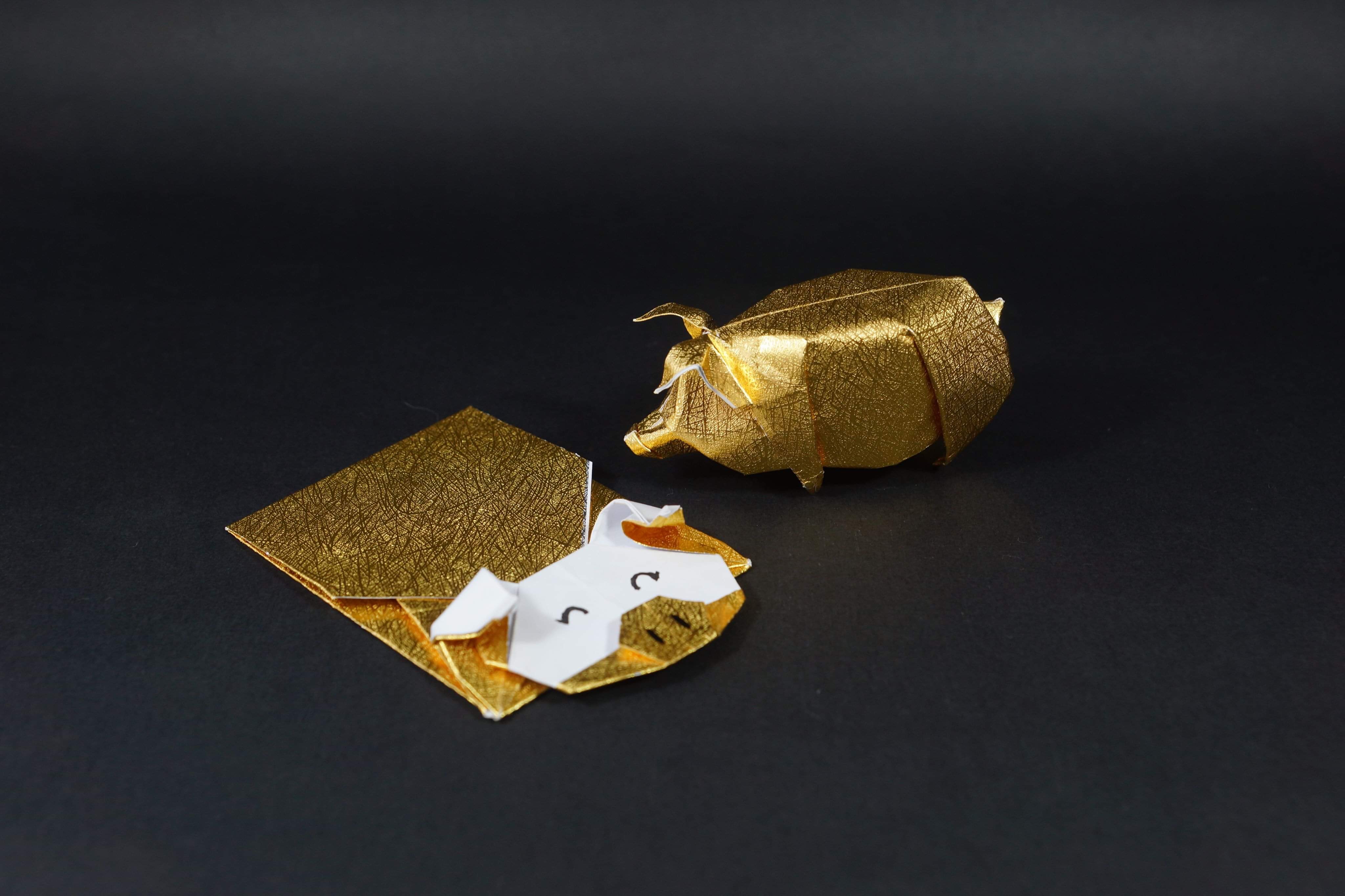 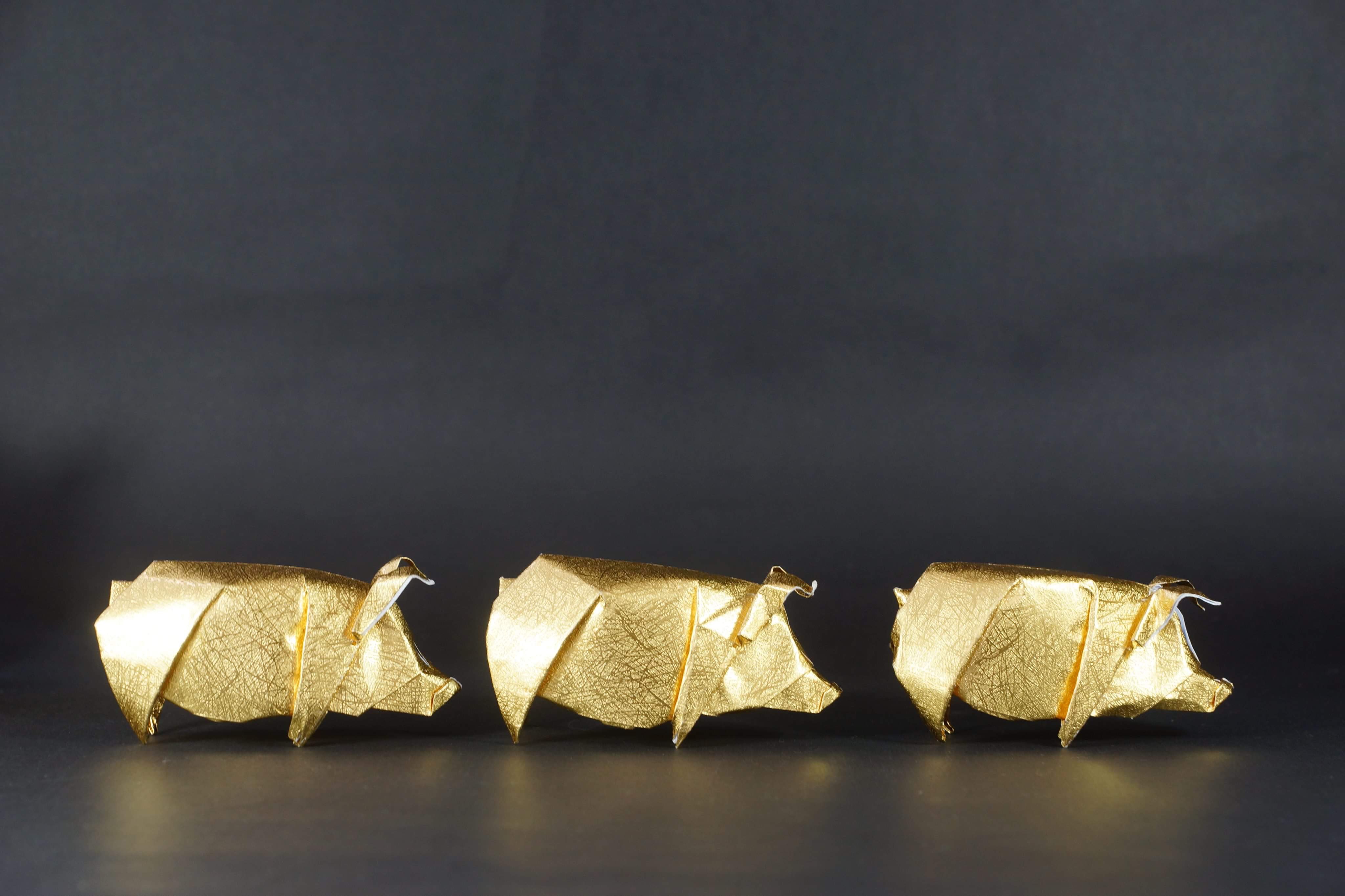 I have made the following videos for teaching these three models: Piggy wallet; Piggy lucky money pocket; Piggy.