Ashok Stambh refers to the top part of victory pillars raised by Lord Ashok of India (500 b.c.). Its image is used by the Indian Government as an official seal. This model is based on a photograph of Ashok Stambh at Sanchi. It consists of four identical lion fronts.

To fold the model completely is fairly complex. Your first attempt is likely to be a failure. Therefore it is advisable to fold only one quadrant for your first attempt. Formation of scales on the chest of these lions is a time consuming process. For the first attempt, only do the pleating required to produce these scales, and do not spend time on actually forming the scales. 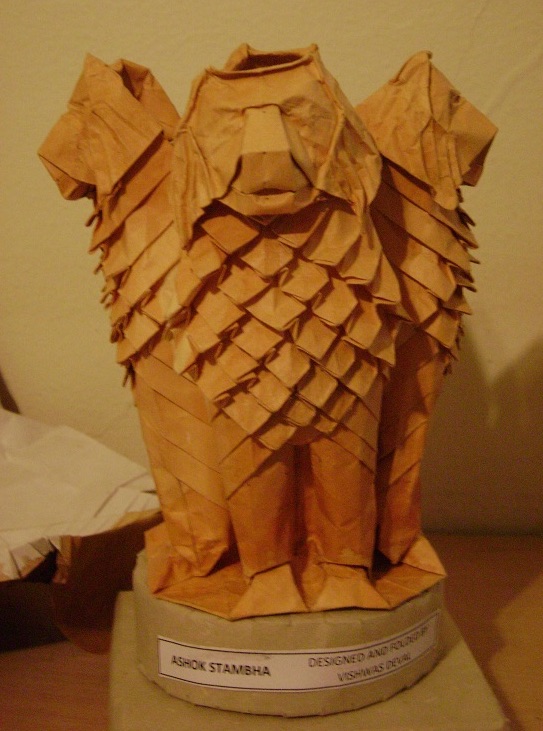 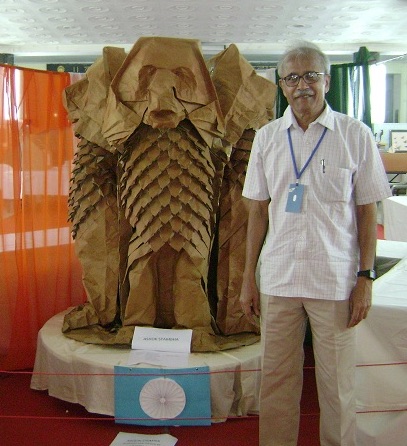 Images of the folded model: small on left, 6ft tall on right.
Click on images for diagrams.

In any origami fold, we need to find certain points with required proportions, typically called reference points. Extensive prefolding is done to locate these points. However, this aproach is impractical in this case due to a large number of points, and their proportion being dictated by the original sculpture. Therefore, this model is based on reference points determined by use of a scale. The original size of the paper is assumed to be 1000 units square, with points described in terms of these units. 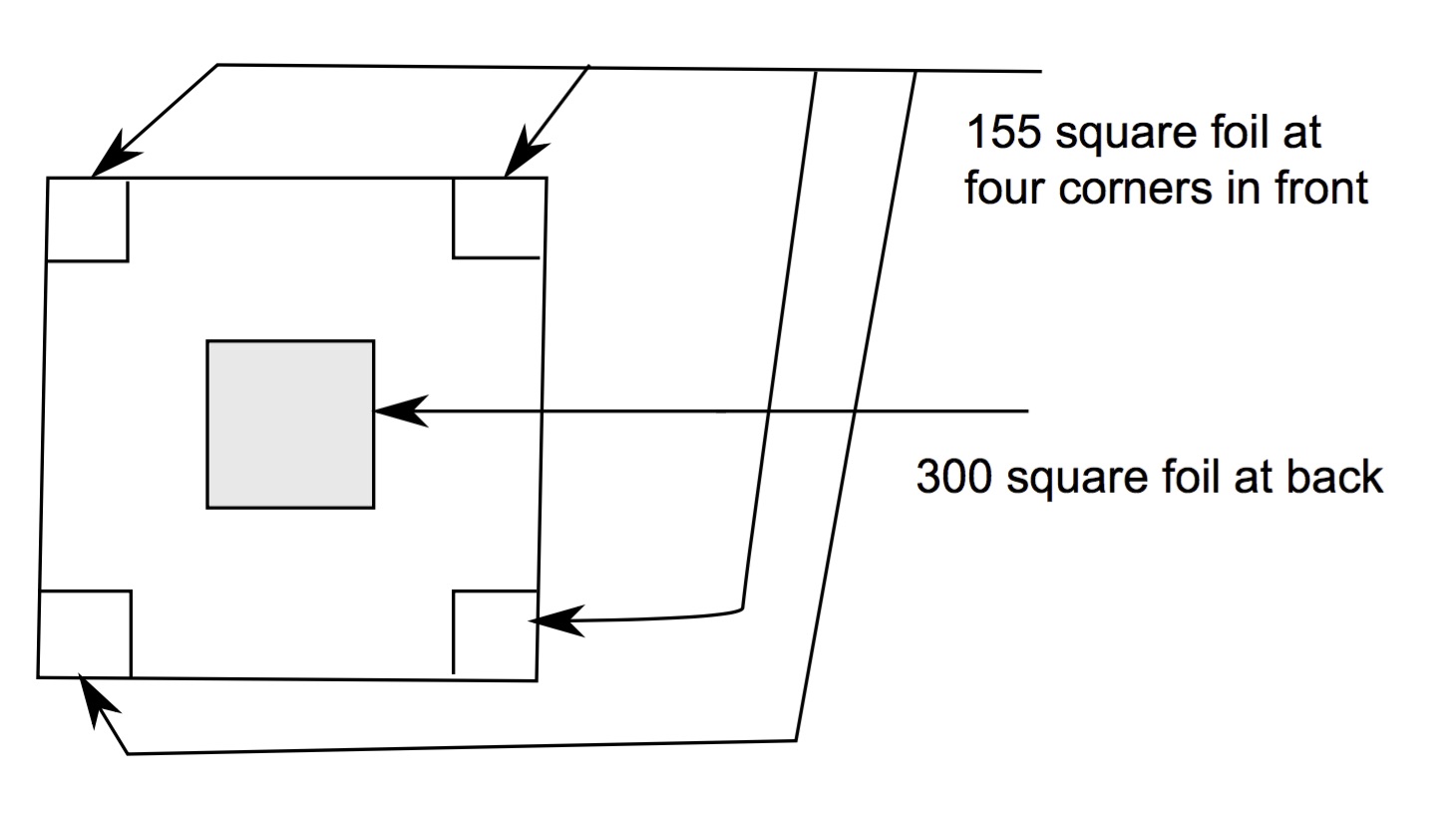 Use large, rough tracing paper for the final fold. Color it to your preference. Foil backing helps to keep many crimps in place. It is not necessary to foil back the entire paper. For paper with 1000 units on a side, apply foil to a 300 unit square at the center on the back of the paper. In addition, as heads are formed by folding down the corners of the paper, a 155 unit square portion on each of the four corners should also be added to the front of the paper. See the image above. Happy Folding!