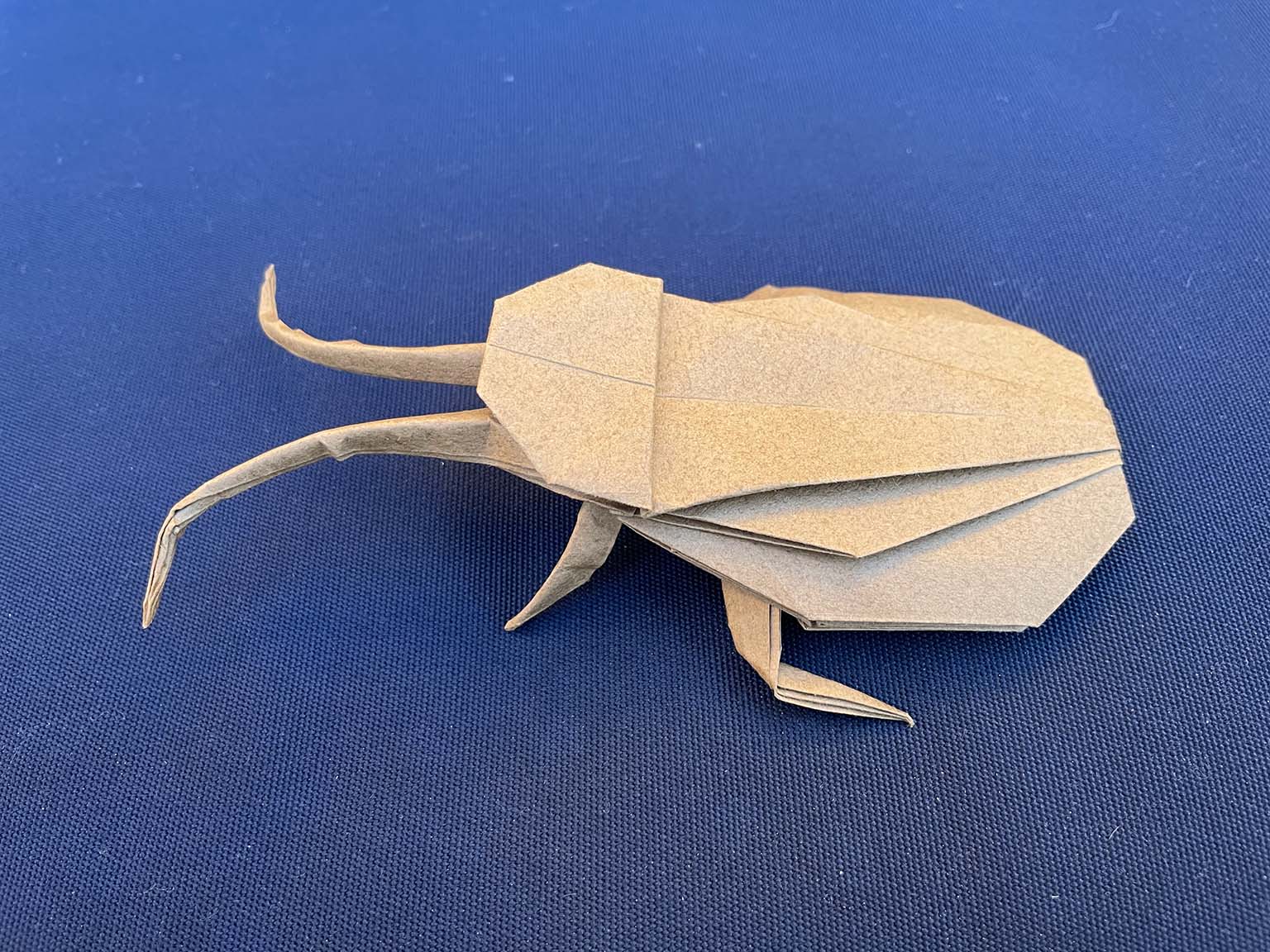 As many as a third of the animal species in the world are beetles, and here’s a new one to fold. See PDF diagrams.

I decided to give designing and diagraming my own origami models a try after several months at home during the pandemic, many hours of which I spent attempting the models of Robert Lang, Satoshi Kamiya, Michael LaFosse,Shuki Kato, and others. This beetle model came about from a traditional waterbomb base with the addition of squash and sink folds at familiar angles. After a few failed attempts to produce anything animal-like, I ended up with two long flaps that I thought would make good antennae, and I played around with the rest of the paper to evoke a beetle. I hope you enjoy folding it!

I should also thank friends who were subjected to my leaving endless paper cranes and boxes lying around their cars, homes and desks but promised they would stop complaining if I managed to design my own origami model.

Editor’s Note: Special thanks to Kate Honeyman for testing the diagrams.

I made it and it looks amazing from parchment paper! Thank you!