Clover Heart 3 is the third model in Meenakshi’s series of designs inspired by Francis Ow’s Four-Leaf cLover. Diagrams for the first two models are also published in The Fold. They are available here: Clover Heart 1 and Clover Heart 2. For Clover Heart 2, there’s also a video tutorial.

As before, the diagrams are condensed and meant to be a bit of a challenge. To help you along, Meenakshi included some step photos as well. Watching the tutorial on Clover Heart 2 may also help, in particular with step 6, the collapse, and step 9, where the heart is being shaped and locked for a neat reverse side.

Meenakshi was motivated to create this third design to achieve a heart shaped more to her liking and to position the clover in the center of the model rather than flush with the bottom. She also likes that this model is folded from a square, and that the collapse is symmetrical, like Clover Heart 1 — Clover Heart 2 requires a 3:4 rectangle. Folding the model is quite similar to the first two versions, especially the advanced collapse, which uses the same technique as Shuzo Fujimoto’s Hydrangea (pdf diagram download or video). Indeed, as with the two previous clover hearts, the clover can be shaped into a hydrangea to create a Hydrangea Heart 3. You can also alter the square collapse to a different one to make designs such as J.C. Nolan’s Andrea’s Rose, which Meenakshi has left as another challenge for now. 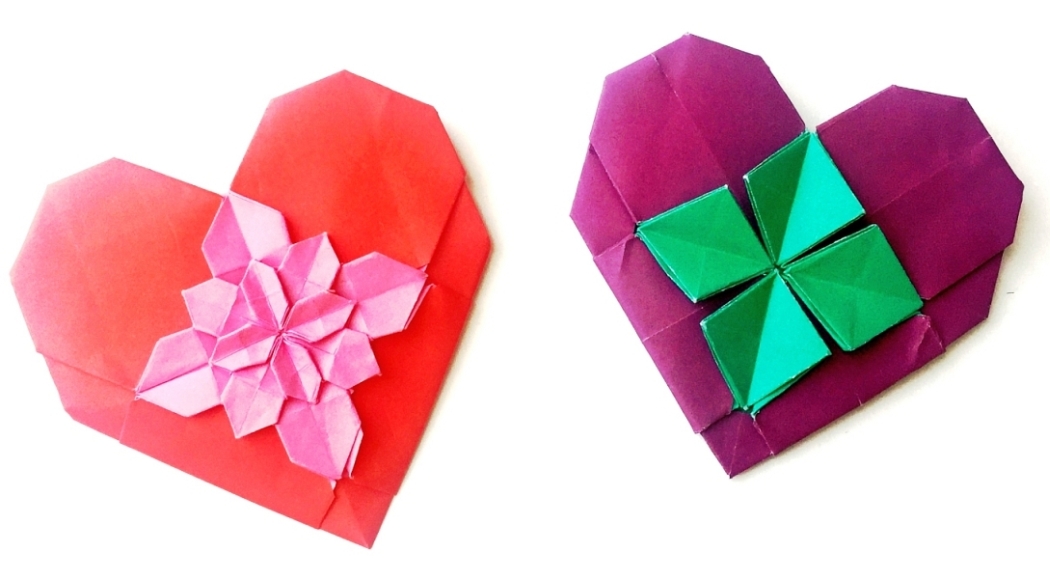 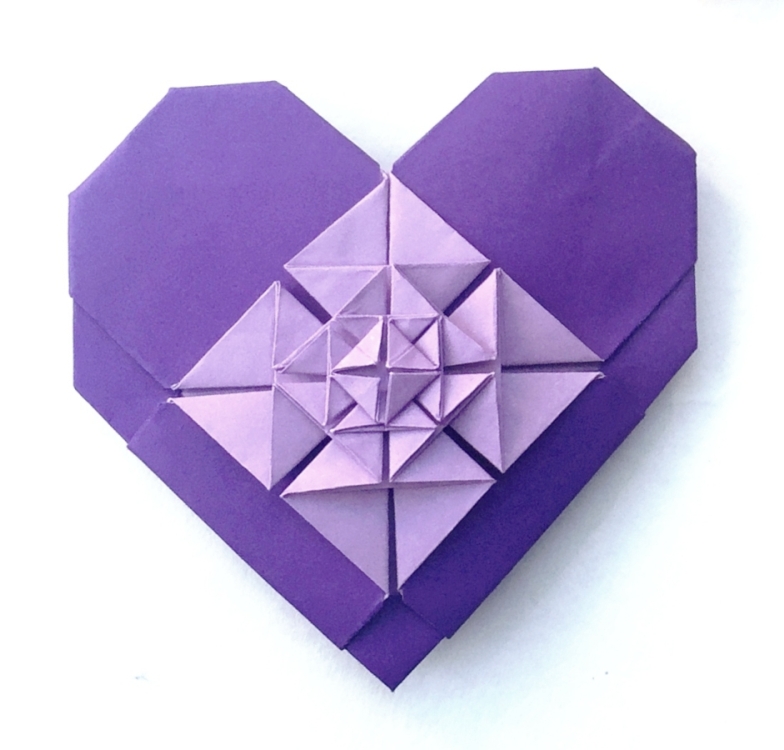 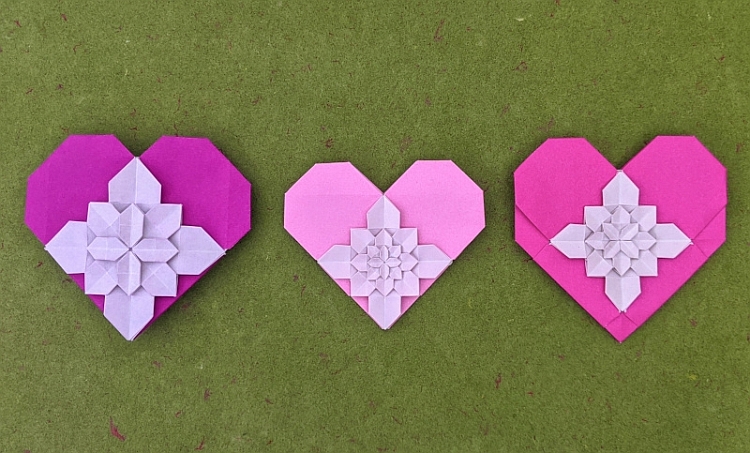 Hydrangea Hearts 1, 2 and 3 (left to right) folded by Sara Adams. Which model is your favorite? I’d love to hear which one you like best, and why.

Stay tuned for Clover Heart 4, which will be coming soon.