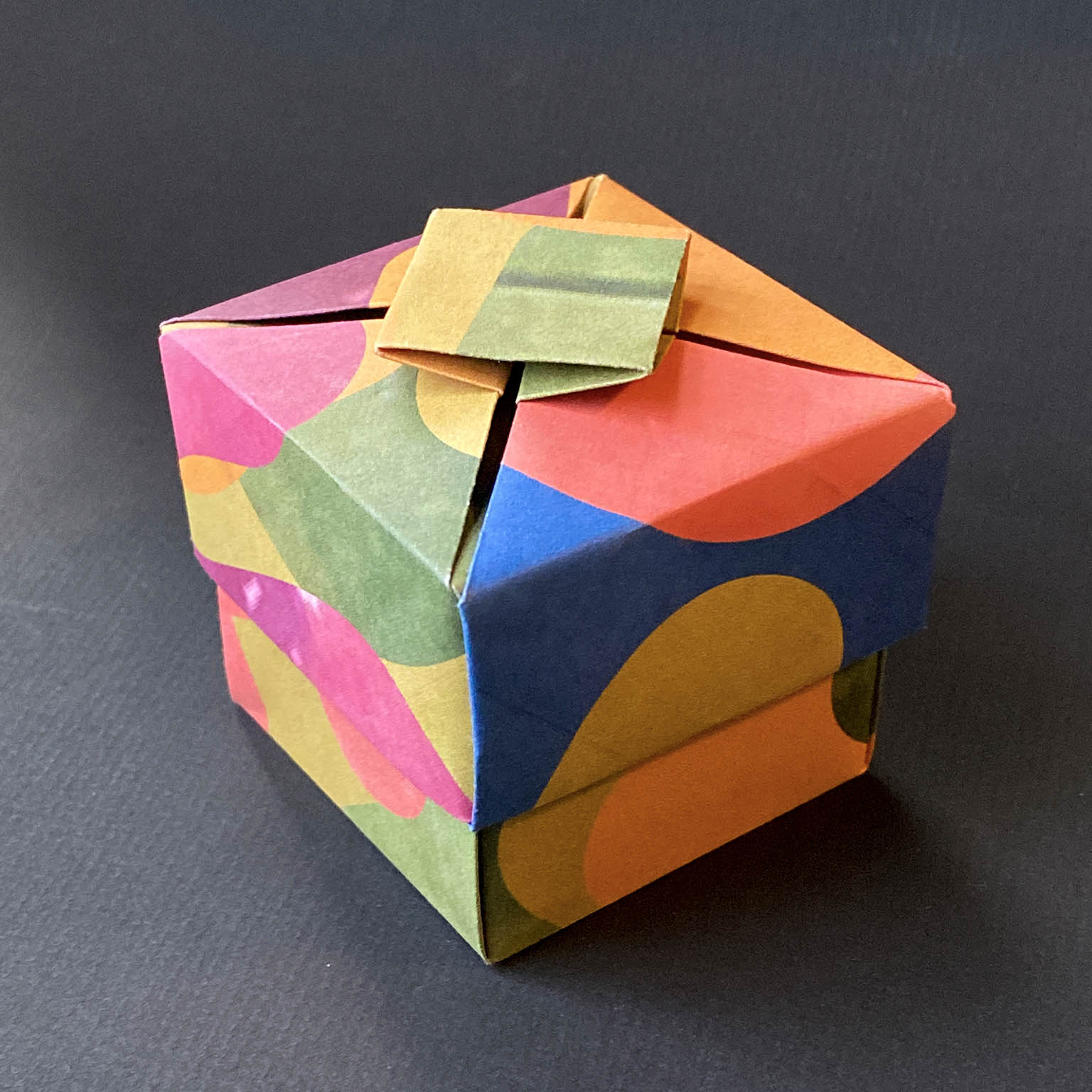 Last year, while visiting the Hans Hofmann retrospective at the Berkeley Art Museum, I was inspired to design origami paper that incorporated the colors in some of Hofmann’s paintings. There was supposed to be a show of my origami work this June (it will happen someday!), and I thought I would create an installation of nine boxes, with a label on the wall showing reproductions of the corresponding paintings. 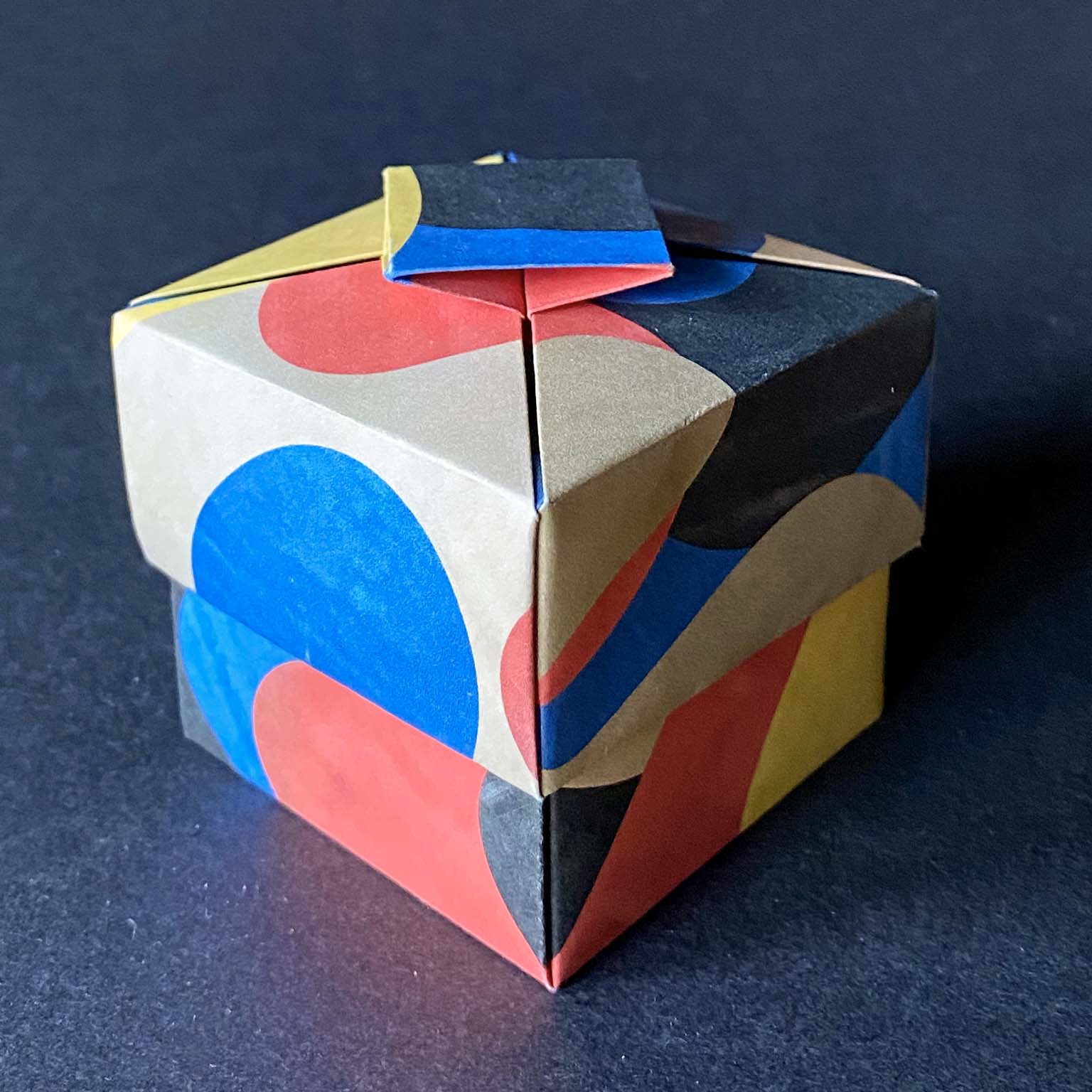 A sheet of coated kozo printed with colors based on those in Hans Hofmann’s Phosphoric Form (below), and a CBP box folded from it. The paper pattern employs the letters in Hofmann’s name.

I needed a box that would have some structural interest as well as large enough planes to show the papers to advantage.

The Crossed Box Pleat Box was the result. 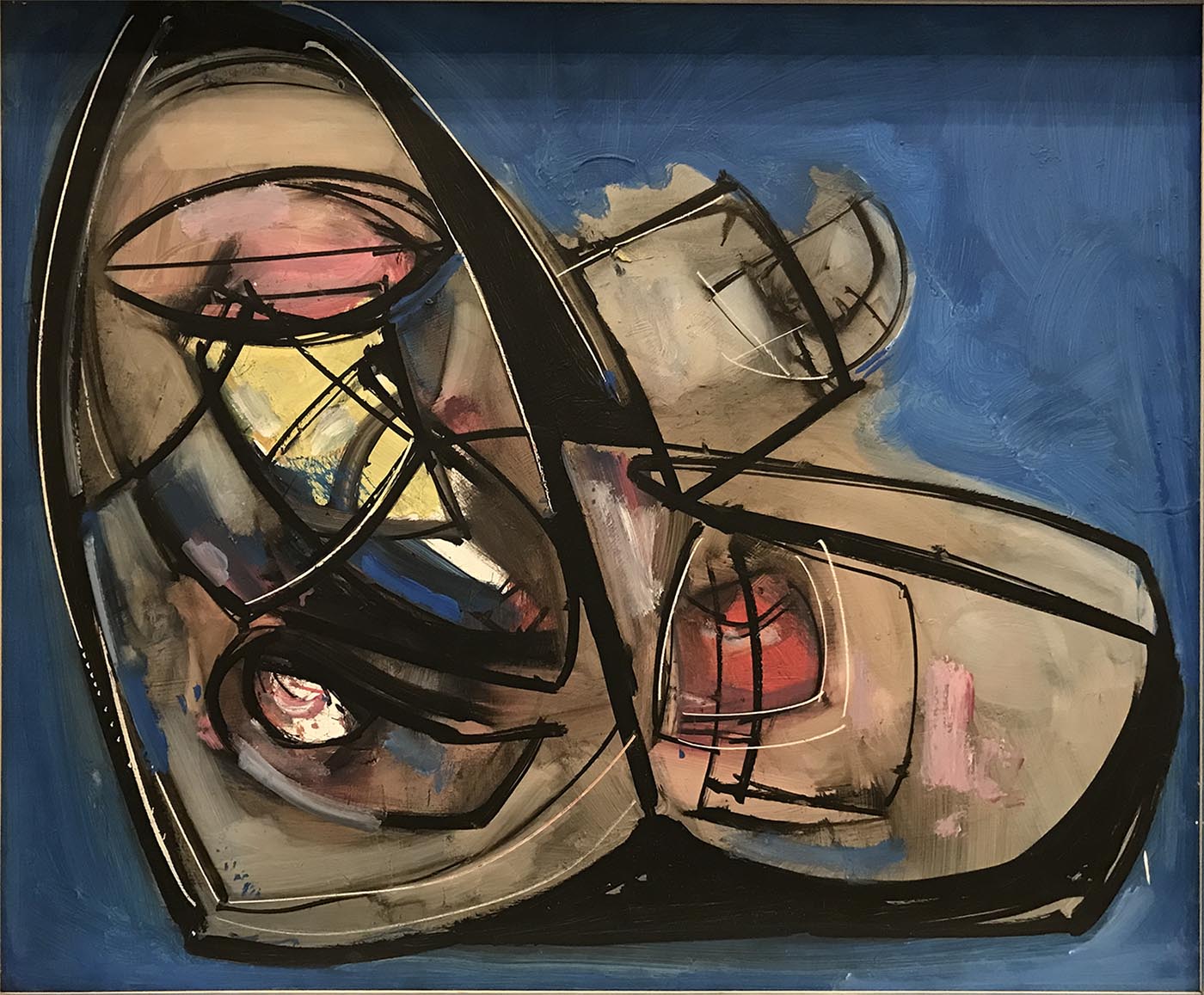 I’ve long been a fan of Thoki Yenn, who died in 2004. We sometimes corresponded by post or email, and he was a regular contributor to the Origami Mailing List. I loved his wit, talent and enthusiasm. His Crossed Box Pleat was the starting point for my box.

On Sunday (April 5, 2020), I taught the box during an Origami Connect session. Shortly before the class began, perhaps influenced by all the heart models that have been contributed to The Fold lately, I discovered a variation of the CBP Box that has a heart in the center. I’ve diagrammed both versions, and you will find a link to the pdf below.

The heart variation of the CBP box. See PDF diagrams.