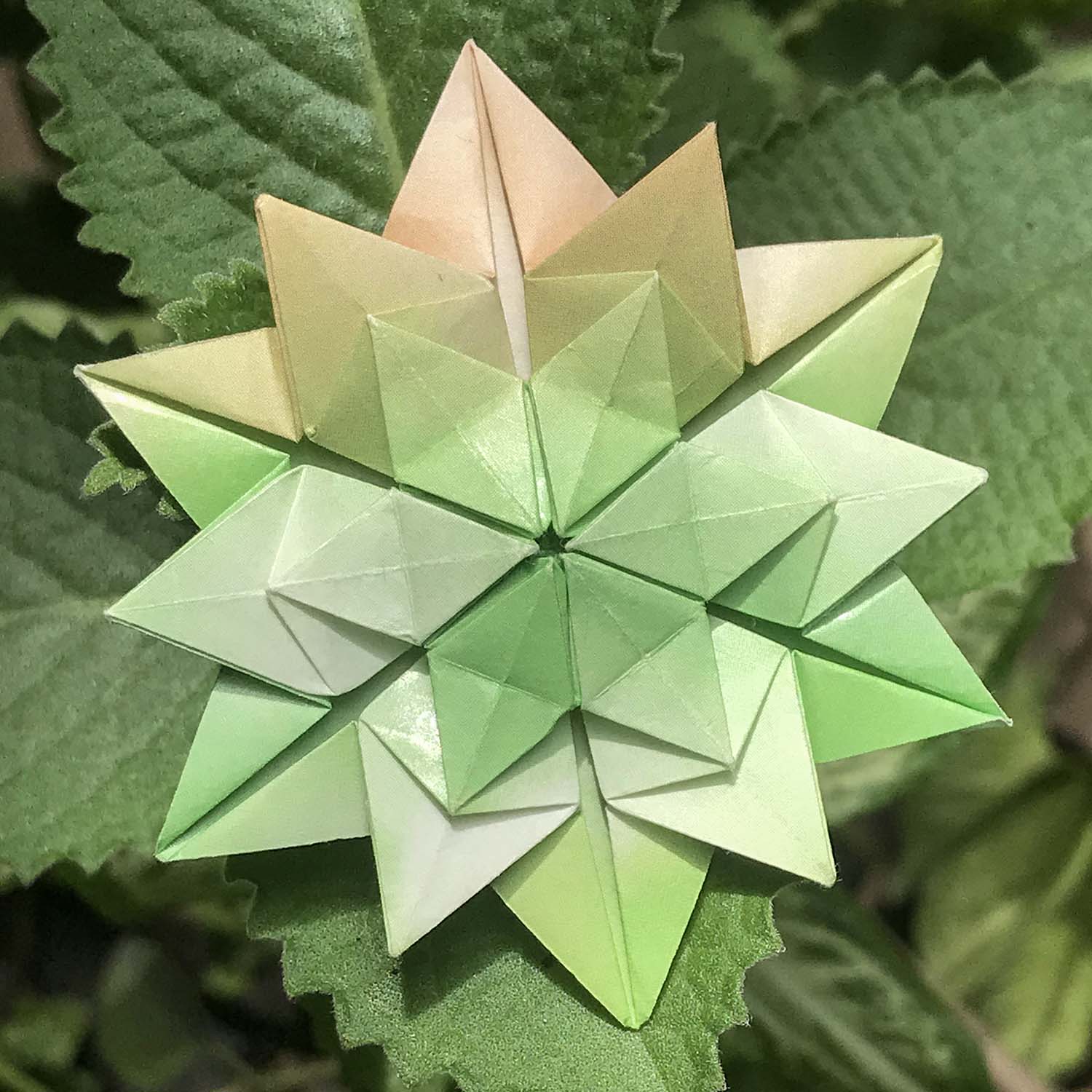 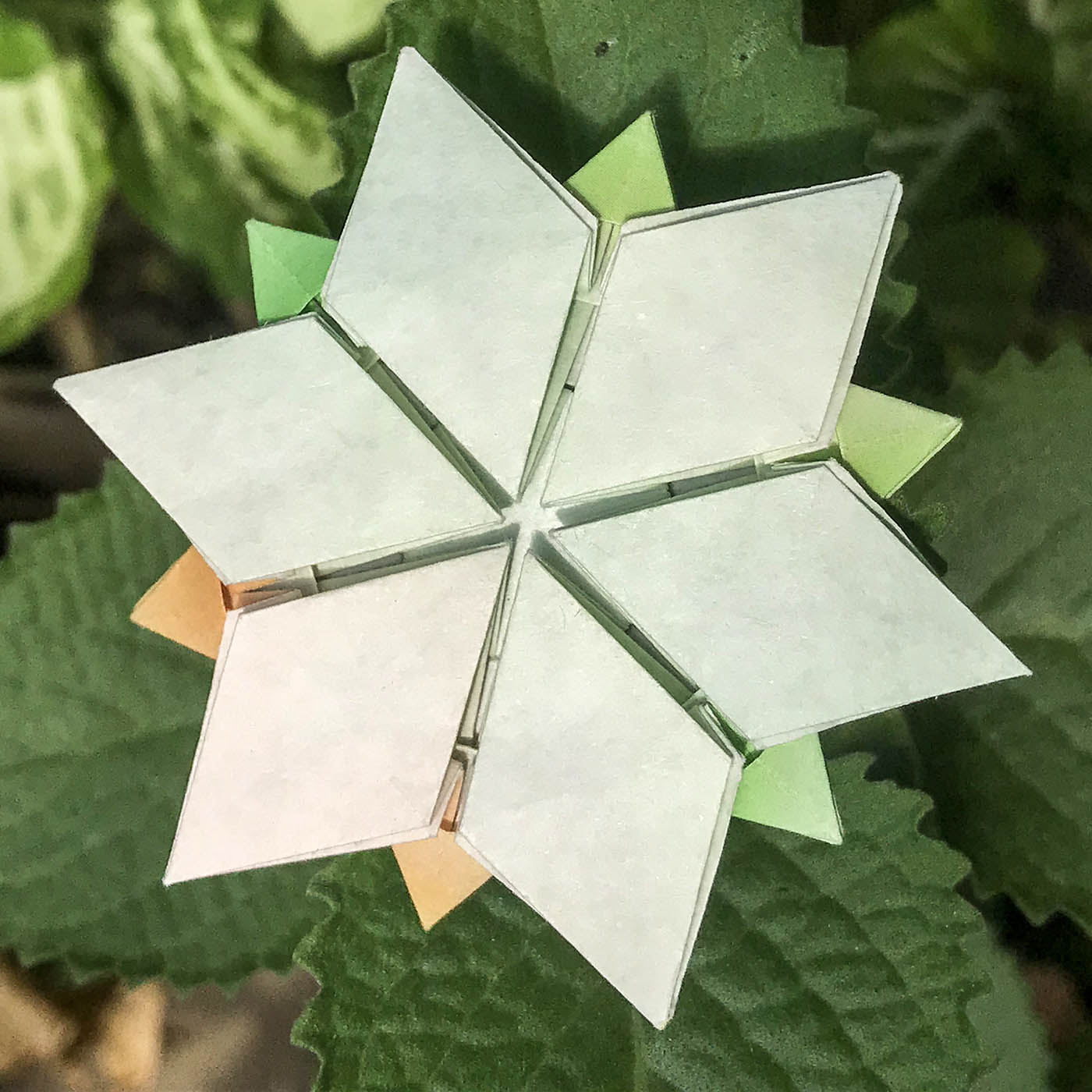 The front and back of the Fractured Star, designed and folded by Riel Amadeus A. Diala. See PDF diagrams.

I designed this star, back in 2018, from a single hexagonal sheet and an 8x8x8 triangular grid. The simplicity and elegance of the six diamond-shaped divisions stood out to me, and I decided to name it Fractured Star — a form seemingly frozen in time while slowly breaking up into equal pieces.

I have a penchant for designing and playing with geometrical forms, especially with stars and tessellations. As an architecture graduate, I am interested in shapes and patterns. I even used origami as inspiration for a gazebo I had designed for a project.

I had almost forgotten about the Fractured Star’s existence due to college tasks, and I had to recall the instructions in mid- or late 2019. It was earlier this year that I was able to finalize the diagrams on AutoCAD. I also had to think of improvements, such as minimizing creases and creating some sort of color change between the two sides of the star.

This model is not fussy about the type of paper it’s folded from. Even normal printer paper would work. Results will be fine as long as the paper is not too thick or too thin. Folding it with tracing or translucent paper yields interesting results.

I would like to thank Robert Lang and Jane Rosemarin for their valuable suggestions on diagramming this origami model. 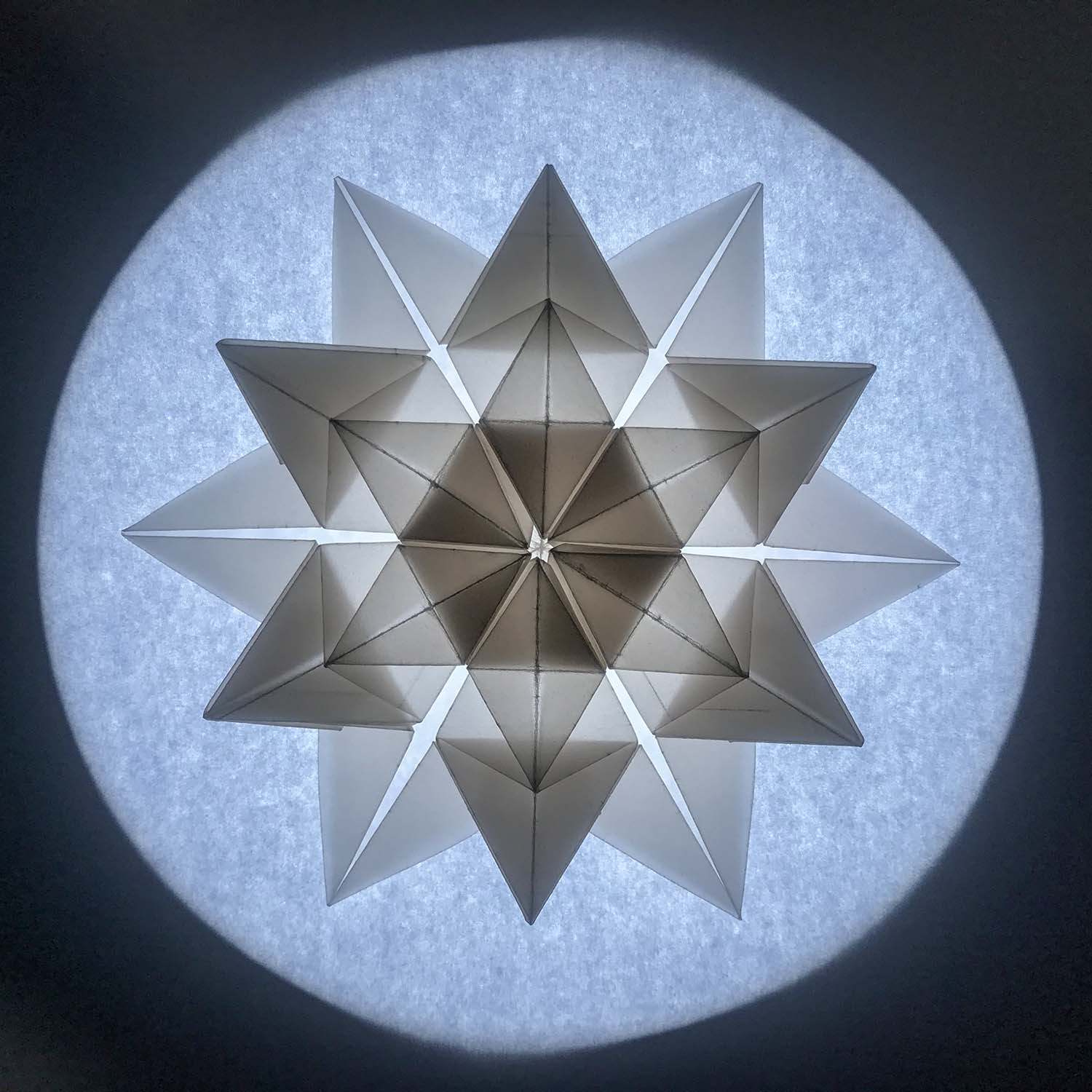 When folded from translucent paper, the star can serve as a window decoration.