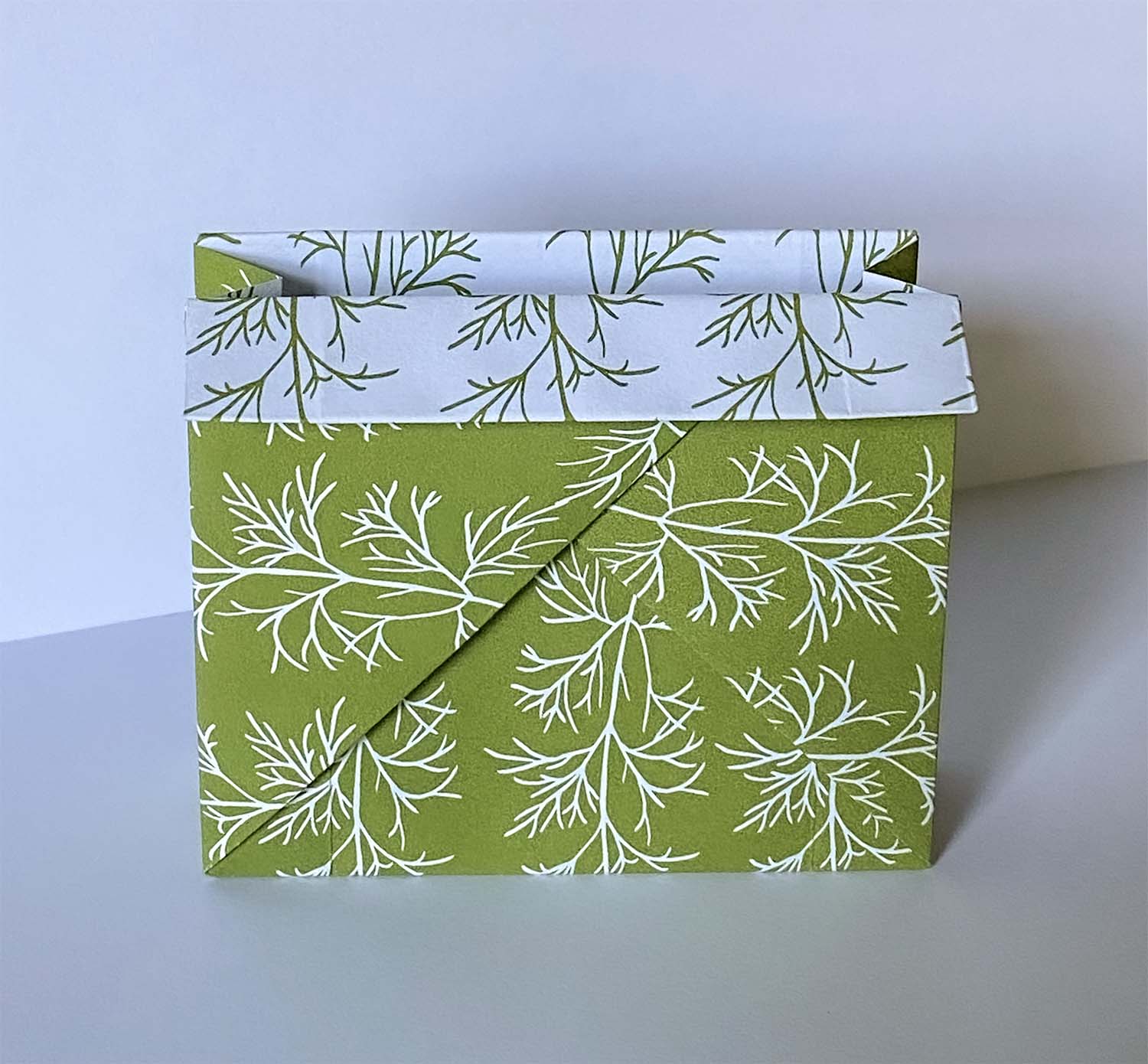 Editor’s note: Earlier this year, I was looking for a practical, easy-to-fold model to teach at an Origami Minnesota Zoom meeting. I settled on Doris Lauinger’s Gift Bag, diagrammed by Nick Robinson in the 2007 “Christmas Origami Book.” (These collections were compiled for many years by Anna Kastlunger. Anyone who contributed a model would receive a PDF copy.) The meeting attendees loved the little bag, so I thought I’d reprint the diagrams here.

Doris, who was a good friend of Nick’s, died in 2013. Below are several paragraphs from Nick’s remembrance.

I can’t recall exactly when I first met Doris, but it would have undoubtedly been at an Origami Deutschland convention, probably in the late ’90s. She was quite short and had close-cropped hair, which gave her quite an “elfin” appearance. It’s hard to quantify what it is that makes two people “get on,” but we did, and over the years, a close (if necessarily remote) friendship developed. We exchanged emails frequently, and I began to make diagrams for some of her designs.

In the origami world, there are the superstar creative folders, who we are generally in awe of, and the vast majority who simply fold and take great pleasure from it. In between these two are a small group who are creative in a more modest way, adapting designs, spreading ideas, making beautiful displays and taking it one step beyond simply folding a model.

Doris was one of these – she followed her own creative muse in origami, generally in the areas of envelopes, wallets, stars and boxes. She took great delight in folding these designs using attractive paper that she found in her hometown of Bonn, in Germany.