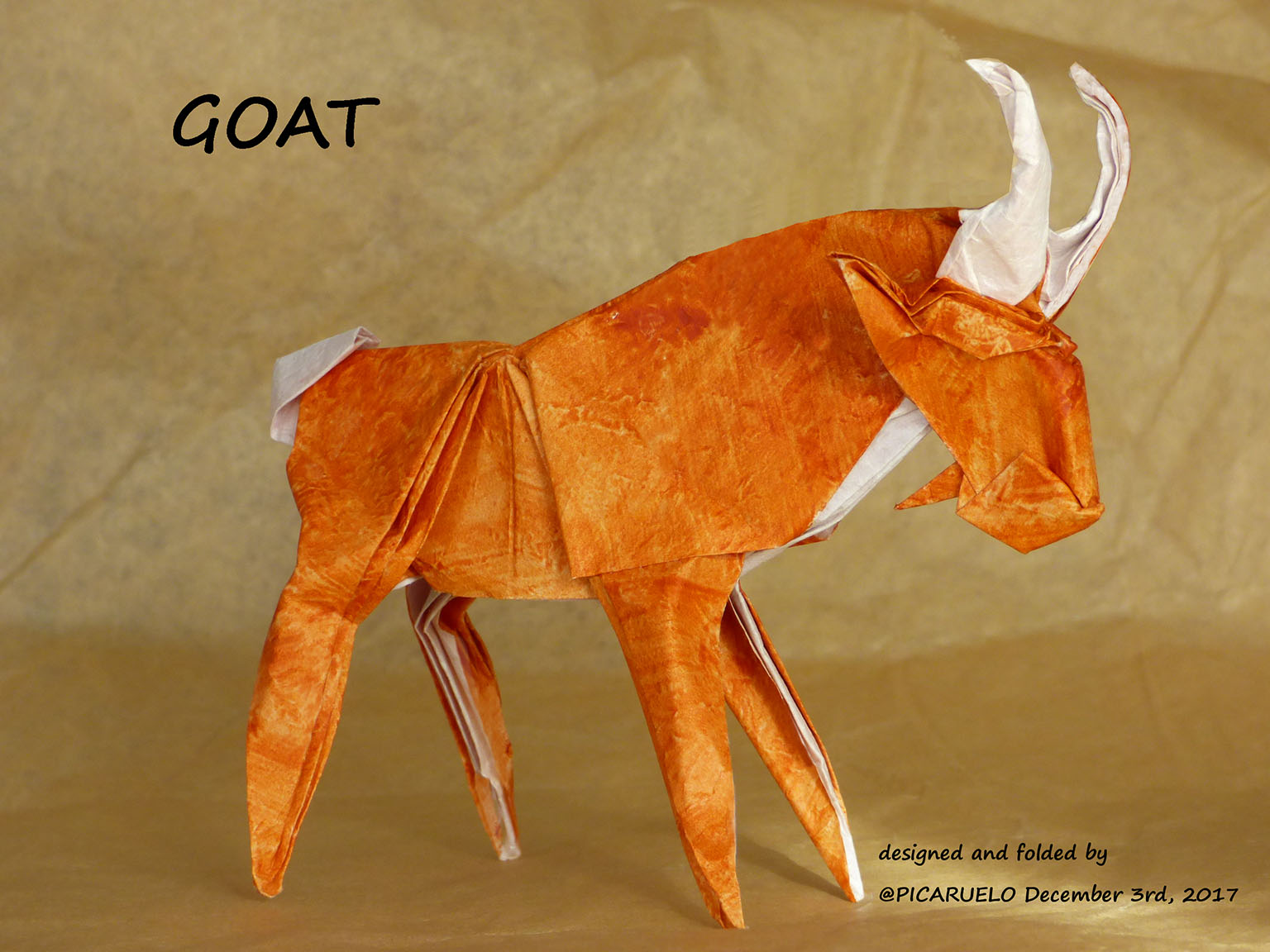 The Goat, with sculptural detailing, folded by the designer. The basic model is much easier to fold than it looks. See PDF diagrams.

There are models that once created and folded are especially nice, at least for the creator. The Goat is one of these. Even though the result looks complex, this design is simple to fold. It doesn’t accumulate layers of paper, and it holds its shape once folded, without the need for wetfolding. Only one step, number 22, is a little bit more complex, but because the creases are already marked, it nearly folds itself. This base is prolific — it is simple to use to create other animals with horns or long ears.

I am a Spanish origami artist. I started folding and creating in the ’90s, but it wasn’t until I joined the Spanish Origami Association (AEP) in the 2010s that I began to diagram and publish some of my new models. Attending origami conventions, and especially the two Convention for Creators (CFC) in Lyon, France and Zaragoza, Spain has given me the perspective to consider origami as an art. I have also contributed models to the EMOZ (Educational Museum of Origami in Zaragoza) and to exhibitions in Spain. I grew up folding models by origami pioneers in Spain — Vicente Palacios, Juan Gimeno, Angel Écija, Gabriel Álvare and others — and a few years later masters like Montroll and Lang. I don’t think I have a preferred technique as I enjoy designing a little bit of everything: box pleating, 22.5-degree models, crumpled figurative models, wetfolding. ... I am known in social networks as Picaruelo, the nickname I had as a member of a speleology club in Spain called Picaro.