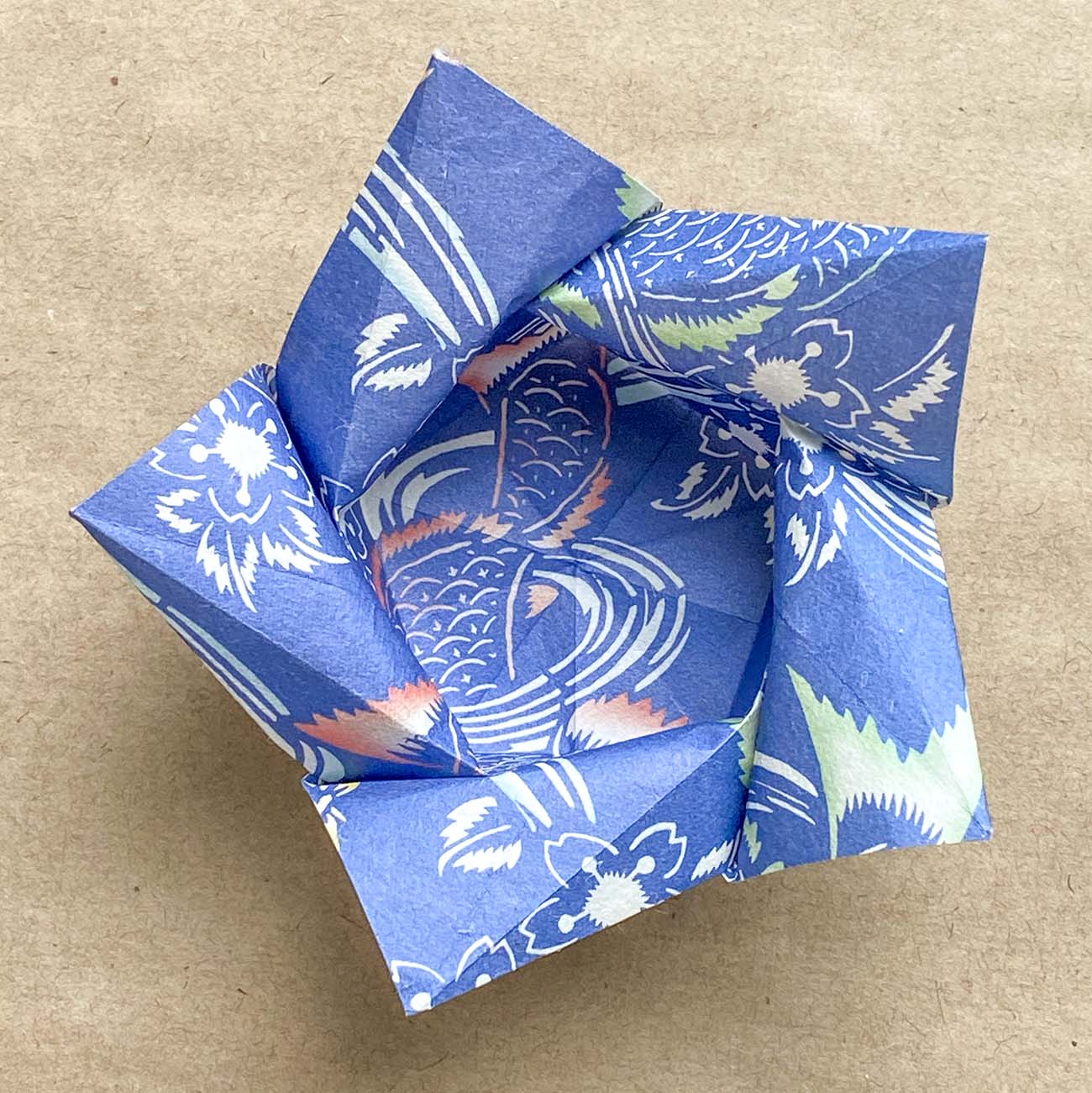 The Lotus Cup folded from kozo by Jane Rosemarin.

For reasons unknown, this decade-old model of mine recently piqued the curiosity of some Facebook users: a good opportunity to share instructions and to explain where the idea came from.

Loes Schakel’s Dish and Flower Container by Endo Kazukuni. This and subsequent photos and folding by Christiane Bettens.

Above left is a dish by Loes Schakel, diagrammed in The Paper number 94 (February 2007). At right is a dish by Endo Kazukuni, diagrammed by Tomoko Fuse her books “Various Containers” (ISBN4-416-30302-5. Seibundo 2003). The crease patterns and folding sequences are identical, but some differences occur in how the flaps are tucked in in the final steps. This model from a square already had two creators. I decided to take the road less travelled and tranpose it onto a pentagon.

It worked well. Both versions above have the same crease pattern; the one on the right is just folded inside-out. I was happy with it and named it Lotus Cup. I taught it at at the OrigamiUSA convention in 2012.

There are several methods for cutting a pentagon from a square; the easiest to remember for me is this one, explained by Leyla Torres.

To precrease the crease pattern, start by valley folding a pentagram (linking every other corner). Turn over, bring each edge of the paper to the pentagram and make a valley fold parallel to this edge. Turn over, and add some bisectors.

For more fun, it’s possible to fold the lotus in various sizes (see notes on the PDF for ratios) and nest them: 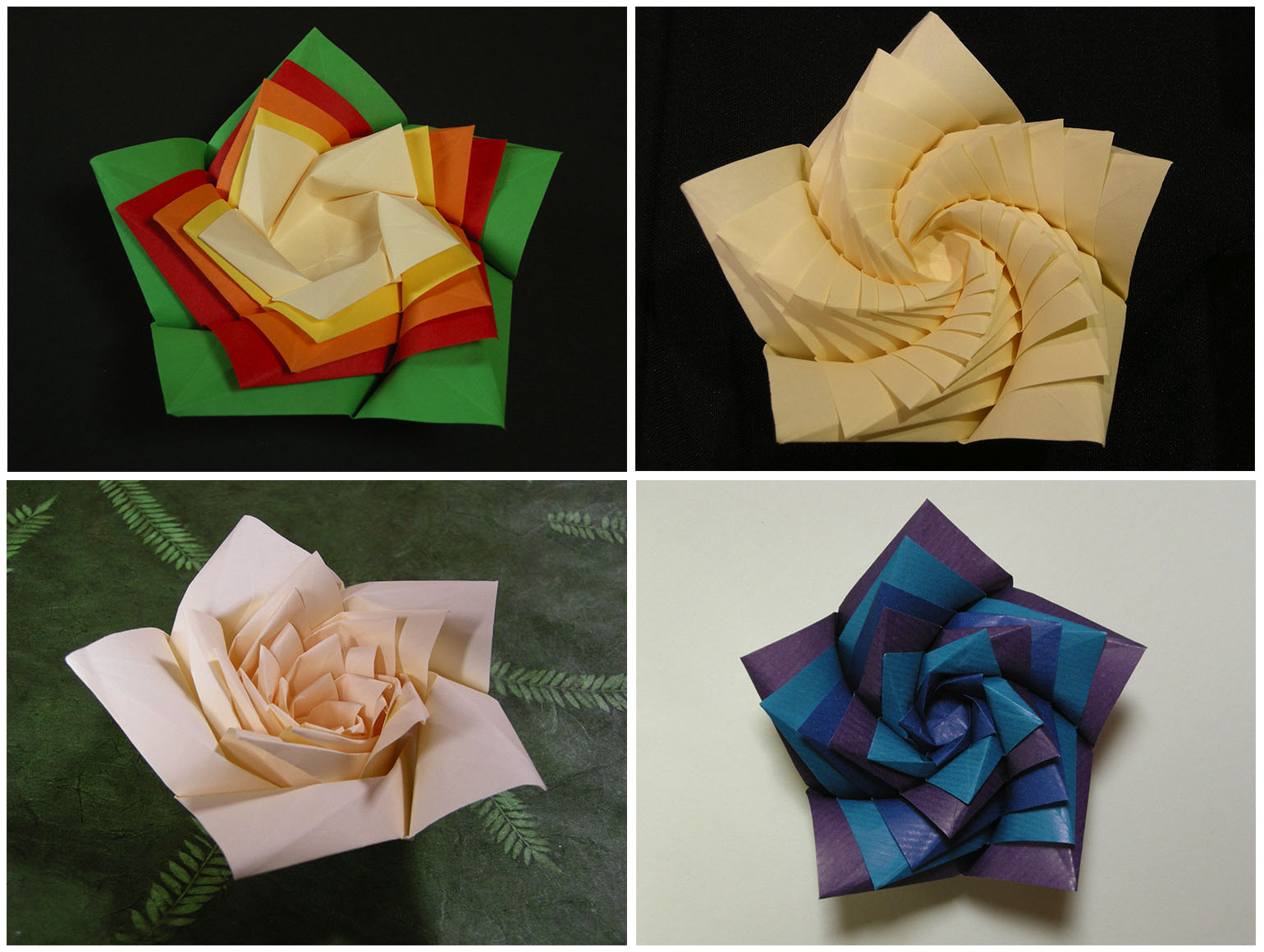 Another experiment I did was to change the size of the central pentagon: 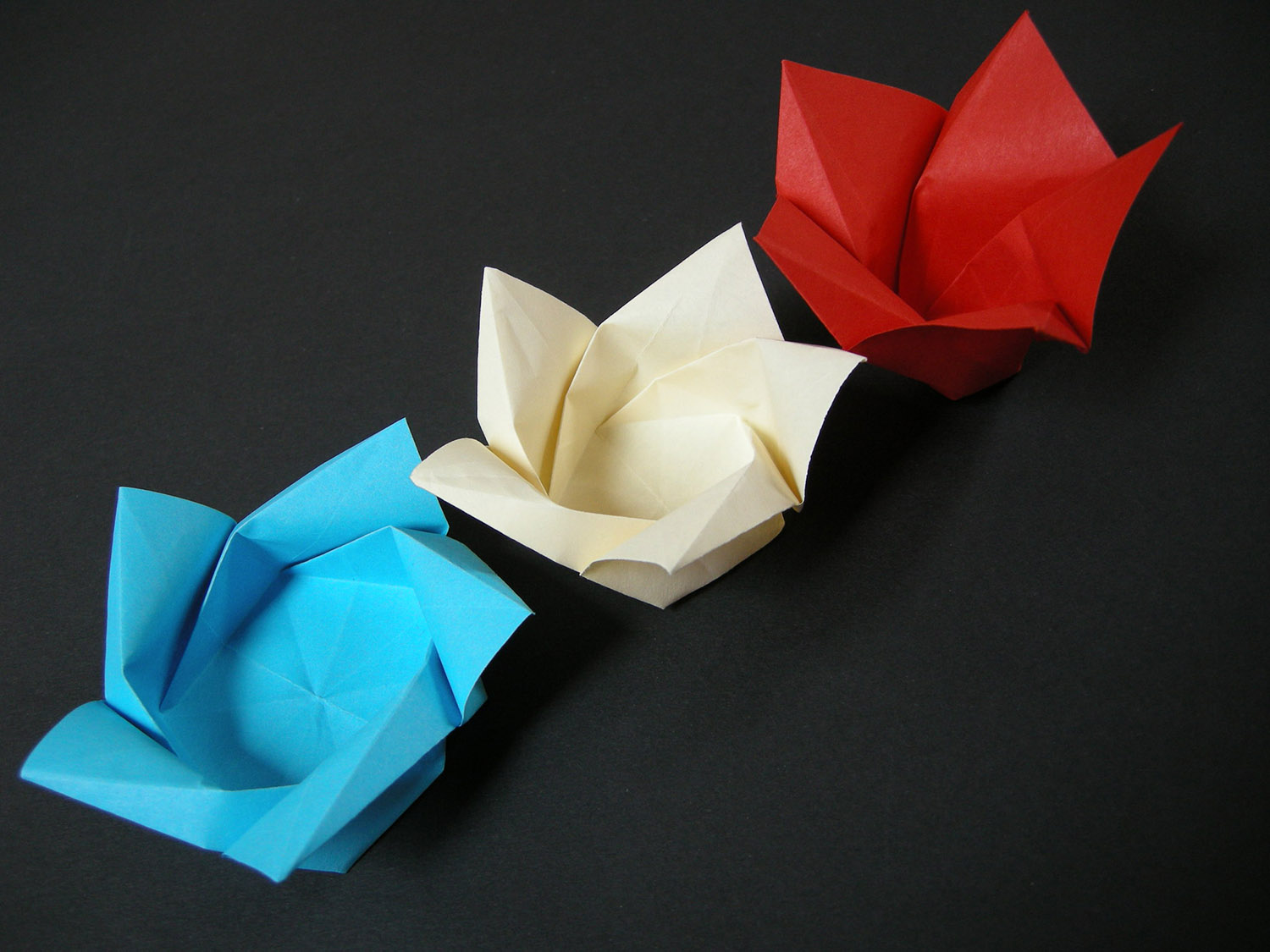 Reducing the size of the inner pentagon.

Start with three pentagons of the same size. The white is the same as the crease pattern; the blue has a bigger pentagon at the bottom; the red has a tiny one. Maybe there are variations I didn’t think of.