The Orchid is my second flower model, designed in 2013. I found the idea when folding the Swallow by Sipho Mabonna. Before the diagrams were published by the British Origami Society in 2014, the model was taught not only by Sipho Mabonna himself, but by people who had met him, and is available in some videos (not always so accurate), and it was necessary to fold it from time to time not to forget it. I had learned this model from a friend, not Sipho himself. One day, to prepare an exhibition in Toulouse with my origami friends, I was folding a lot of Swallows to put them on a wall above a wheat field (including the sheaf of wheat model by James Sakoda and poppies, my first flower design) and since it was a lot of work, I folded little by little, all the bases; I intended to fold the difficult steps later, after resting. But when I saw the bases after a while, they reminded me of a flower, an Orchid, and I decided to fold this model for which I offer you the diagrams. 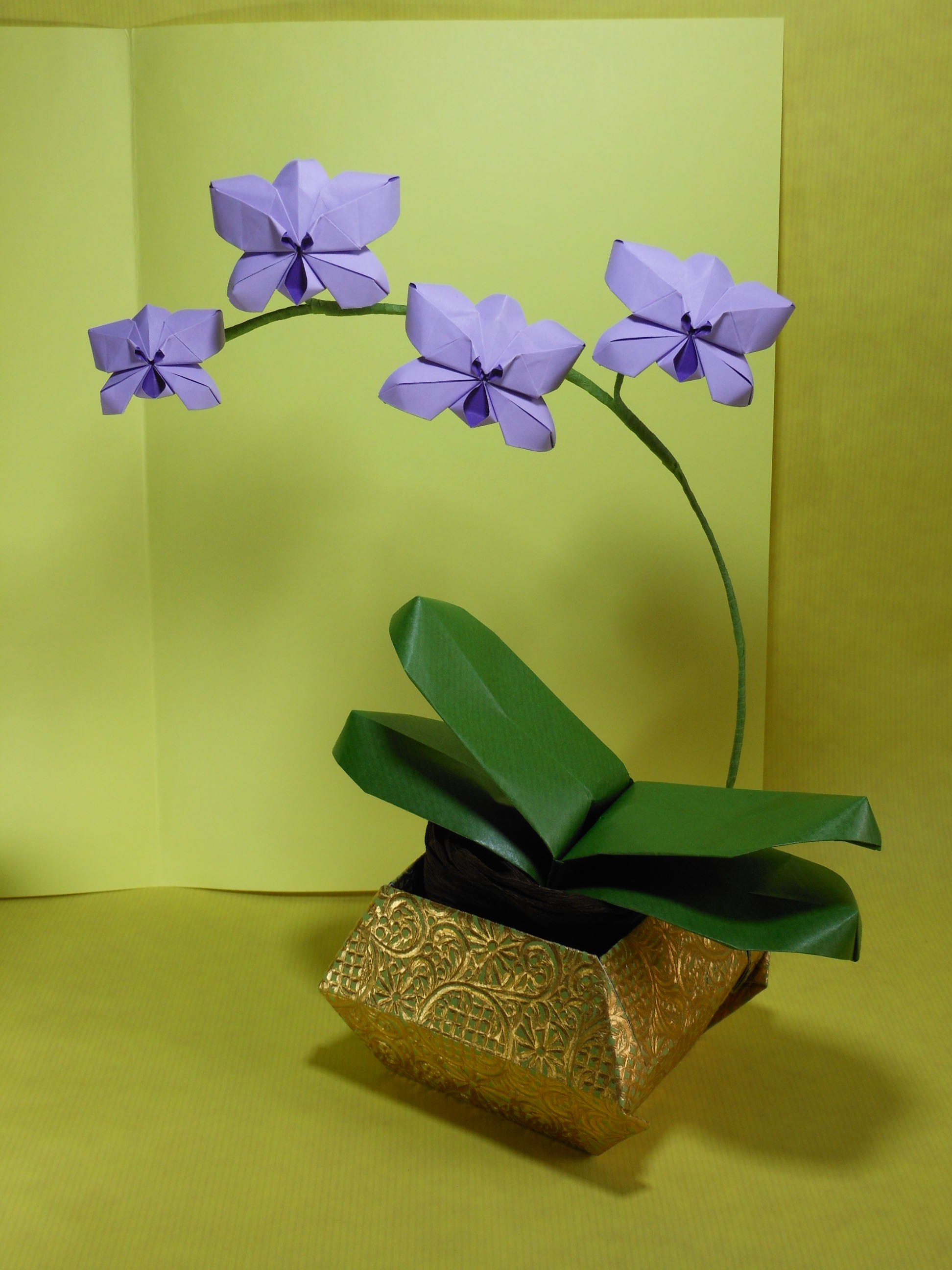 It takes some time if you want to get the leaves and pot, but nothing is difficult to fold. You have to find a wire for the stem and some florist’s adhesive tape to decorate it. And the best part is the paper choice. Happy folding!

When the Swallow diagrams were published in BOS Magazine 288 the following year, I couldn’t find anywhere the step that made me think of a flower! It is interesting to see how a model can have a life outside of the diagrams. An origami model is not a sculpted object made for the pleasure of the eyes, for striking our minds, that never will change except in our imagination. An origami model is made to be folded by other people after creation by the designer. Every time a model is folded, it changes through choices the folder makes: paper choice, folding variations, shaping, etc. It is the model's own life. If diagrams exist, drawn by the author, the idea doesn't change. But the model, when folded, always changes. The creator has not the power to control what will happen.

Here is a photo of the 2013 exhibition of the swallows that inspired the creation of the orchid. 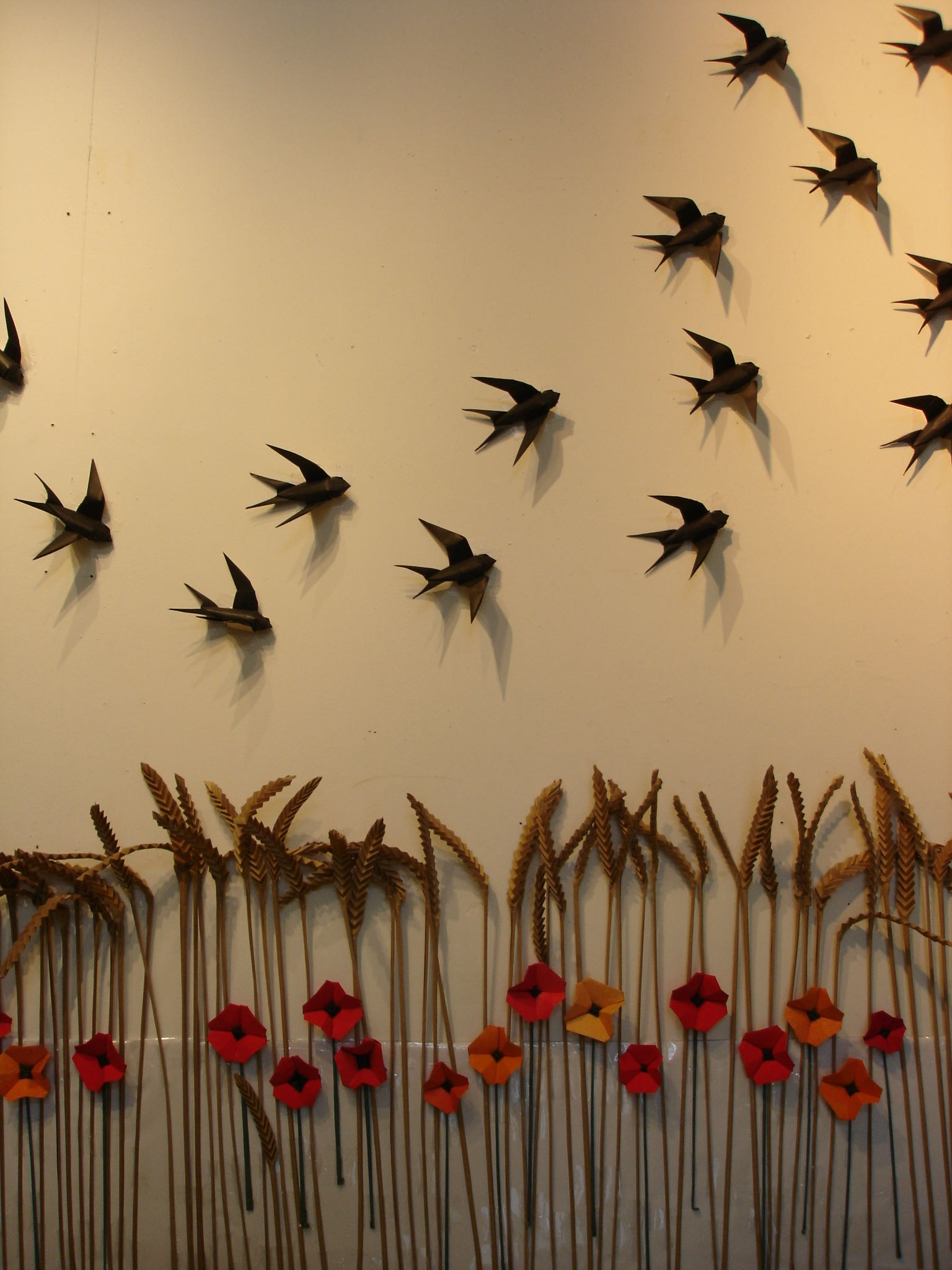