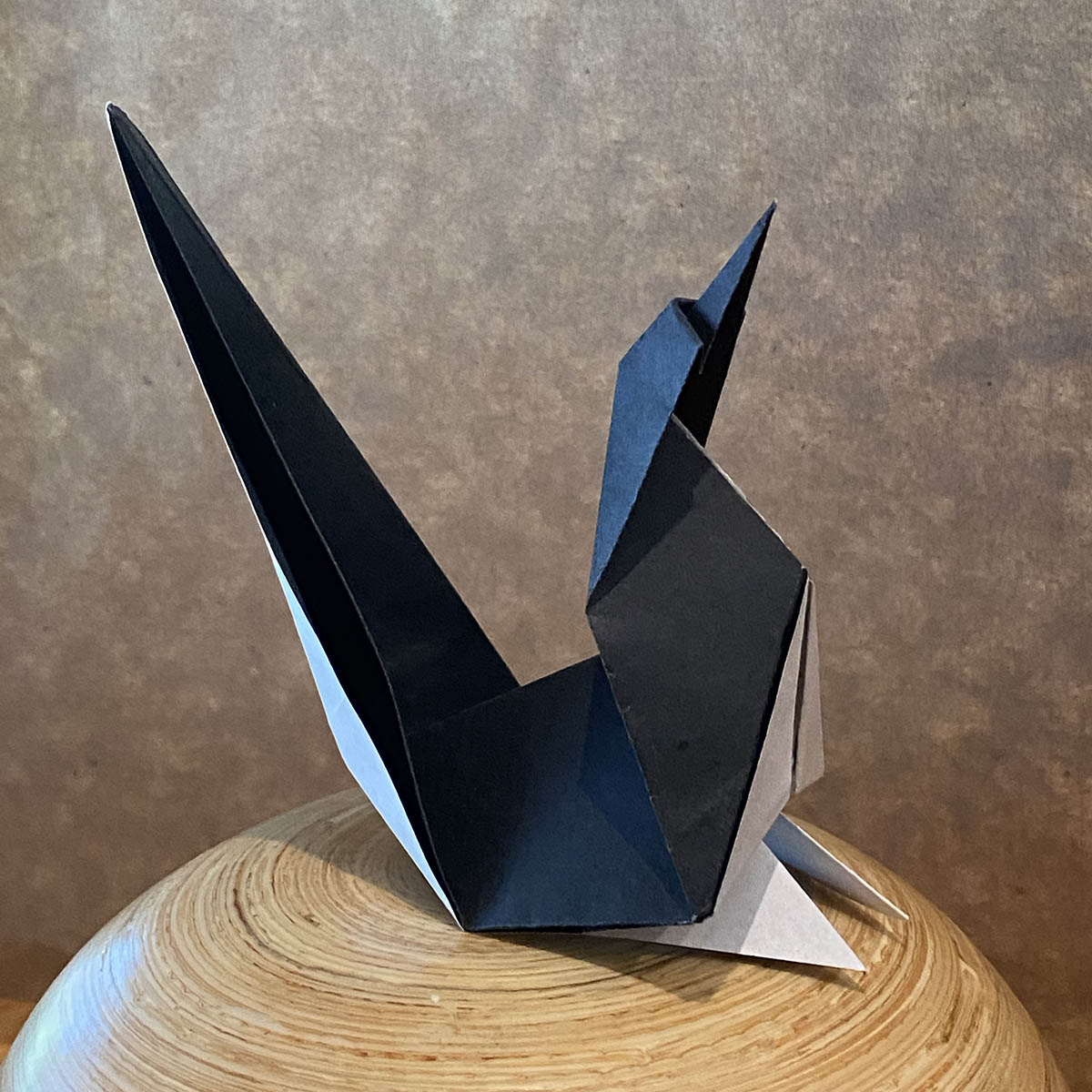 The mythical Chataka, aka the Jacobin cuckoo, designed by Shriram Patki and folded by Jane Rosemarin. See PDF diagrams.

His name is Chataka. In folklore, this bird slakes its thirst only from the rain falling on the earth during a particular lunar position in the sky. So, he is always hoping — and looking at the sky for water drops to fall in his mouth.

This bird is smaller than a dove. It is described as having a long tail and a tall crest on its head shaped like a bow with an arrow stretched tight on it that actually prevents it from drinking from the earth as the crest gets in the way. References to this bird are made in the writings of Kalidasa (circa fourth-fifth century) and Adi Shankaracharya (circa eighth century).

There is a Sanskrit verse with reference to the Chataka Bird:

O Chataka, my friend, listen for a moment with an alert mind.
There are many clouds in the sky; not all of them are alike.
Some wet the earth with their showers, whereas some just roar.
Don’t beg pitifully in front of each and every one you come across!

The above lines are a fine example of allegory — a description of one thing using an image of another. Here, the bird has been referred to as a person seeking assistance, and the people who can help him have been suggested by the clouds. Very few people are of a helping nature, and the rest simply give assurances and never help. This is a short story I always remember about Chataka. I hope you enjoy reading and folding the same! 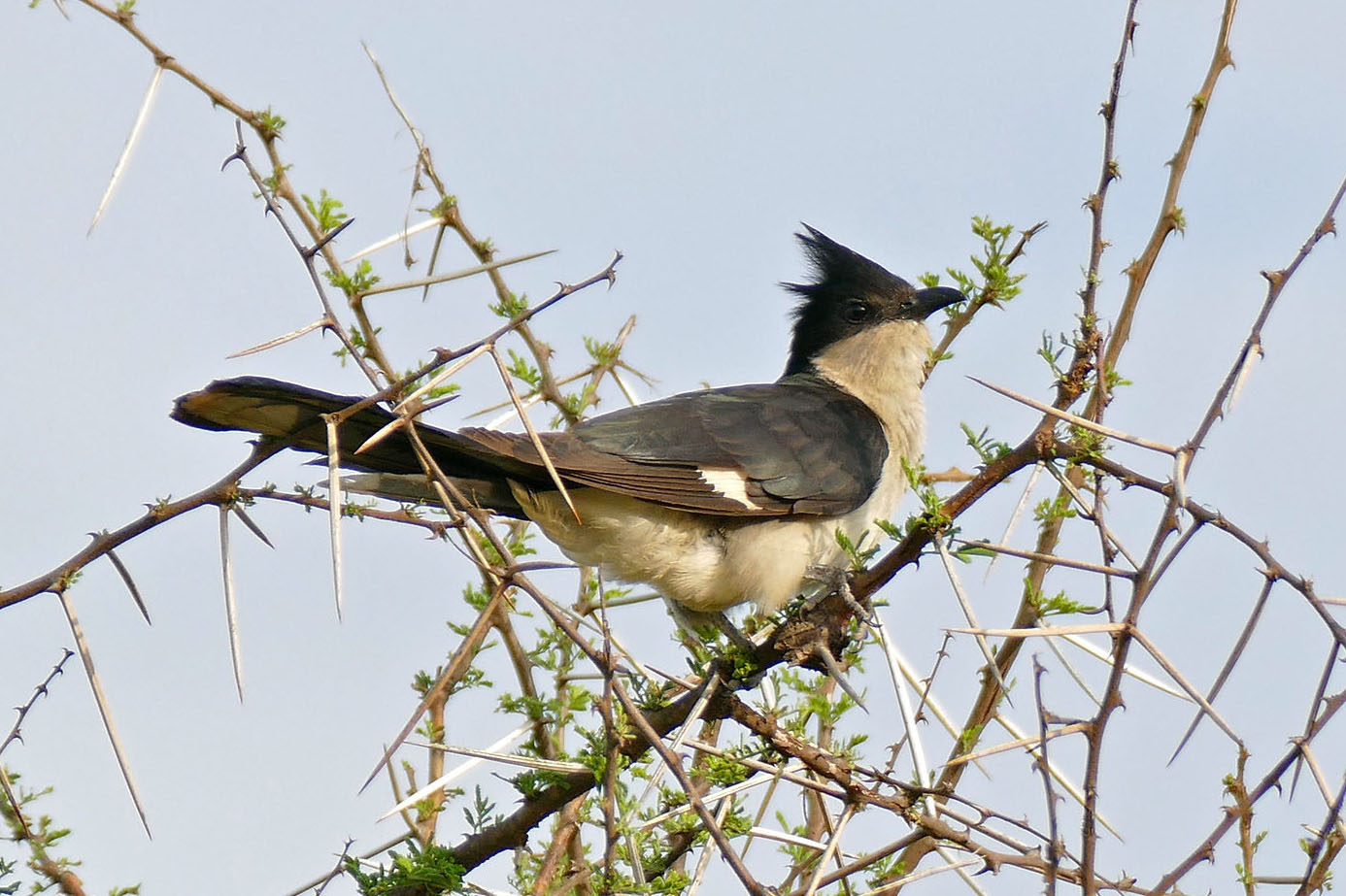 Editor’s Note: The Chataka is a real bird, the Jacobin, or pied crested, cuckoo. (Clamator jacobinus). It occurs in India, in parts of the Arabian Peninsula and in Sub-Saharan Africa.