As a kid, I decided to combine two of my great loves: origami and Harry Potter. Most of my designs were pretty awful, but this phoenix was the only design that survived the test of time. I find something poetic about making birds from the bird base. The strongest designs point is the simplicity that creates some of the areas of interest. The legs are made from splitting the middle of the paper. The plume and beak come from splitting one of the points. Even though the wings are a little over-large, I feel it adds a sense of the power and regalness the phoenix processes. 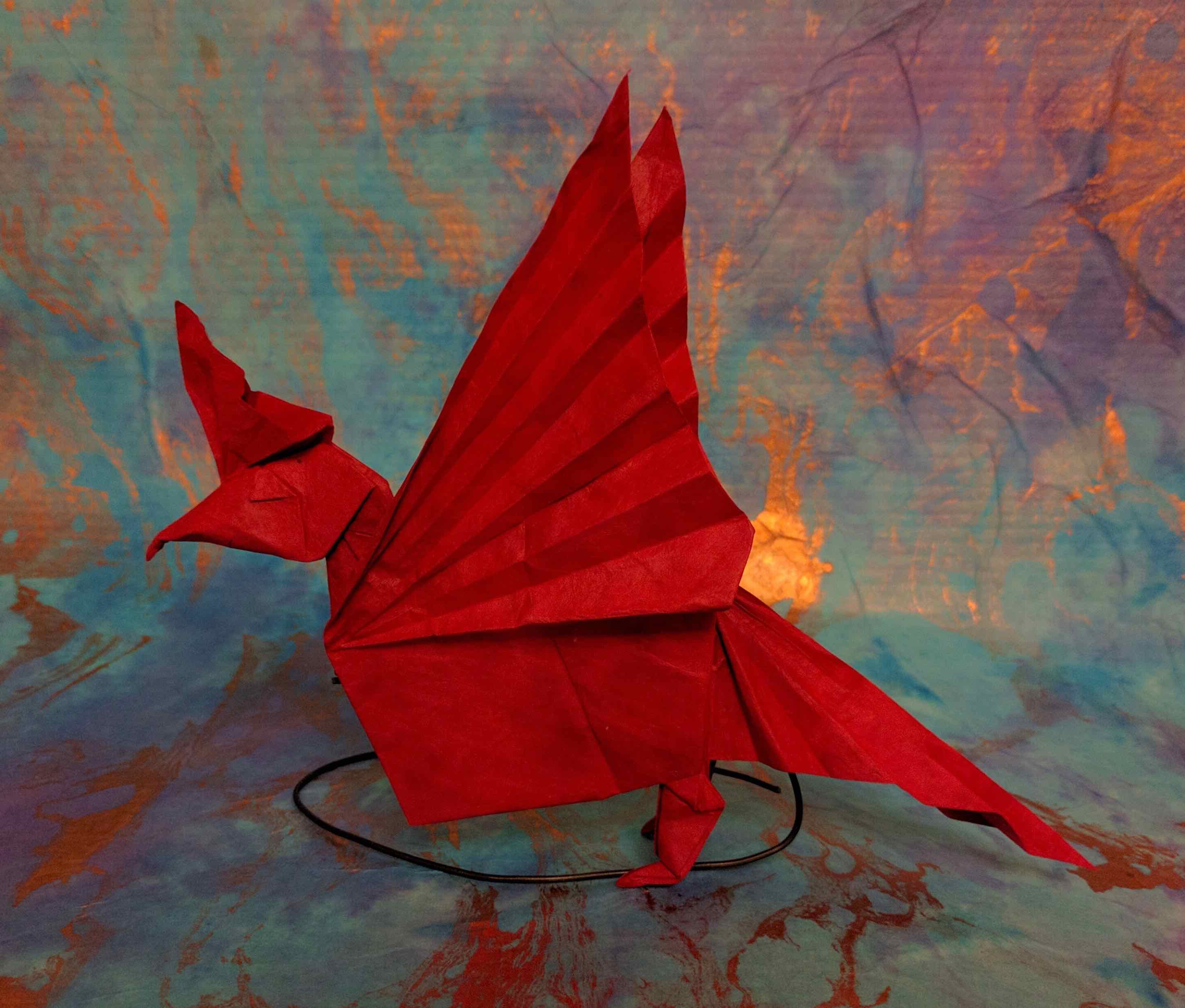 I have been folding since I was eight when my mom taught me the flapping bird. I fell in love. I folded it over and over. Then I began experimenting and created a dinosaur. I found some old origami books, but my life changed when I bought Bringing Origami to Life by John Montroll. I felt a world of endless possibilities had been opened to me, and origami has not let me down. I am currently 26, and I work in corporate finance.