Diagrams: A Ring and a Kusudama From the Same Unit

Editor’s note: I found Krystyna Burczyk’s lovely Versailles Ring in the international diagram pool, a resource for editors of origami magazines, where editors as well as creators can share diagrams. When I asked for permission to reprint the diagrams, Wojtek Burczyk (Krystyna’s husband, who is thoroughly comfortable with English), wrote that Krystyna had also designed a kusudama made with the same module, and he asked if I’d like to publish that, too. It seemed an excellent idea, and you’ll find diagrams for both models in this article. I hope you enjoy folding them.

In the article that follows, Krystyna gives an illustrated tour of her work. As always, you may click on the photos to see larger images. 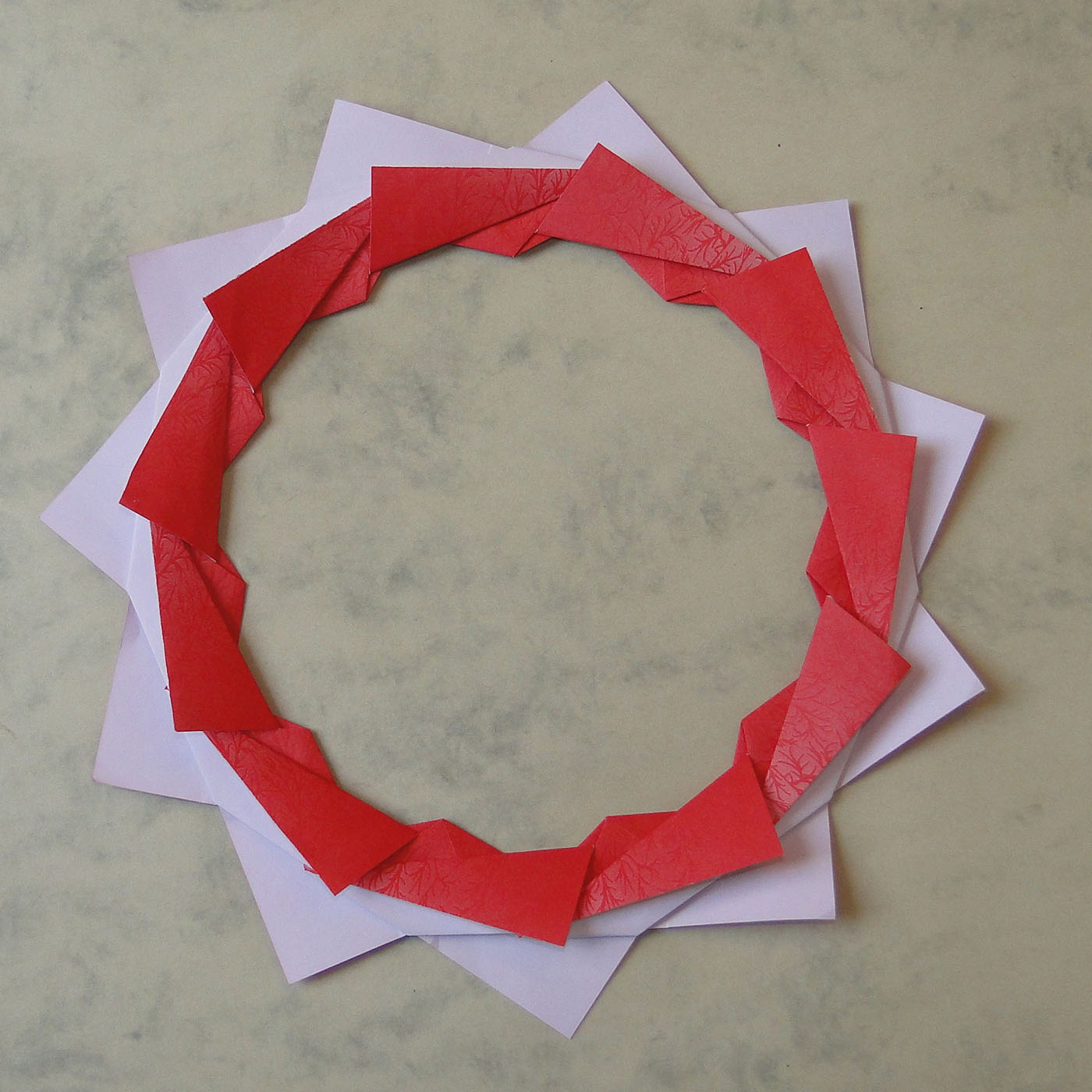 The front and back of the Versailles Ring, which is made from the same module as the kusudama below. See PDF diagrams. 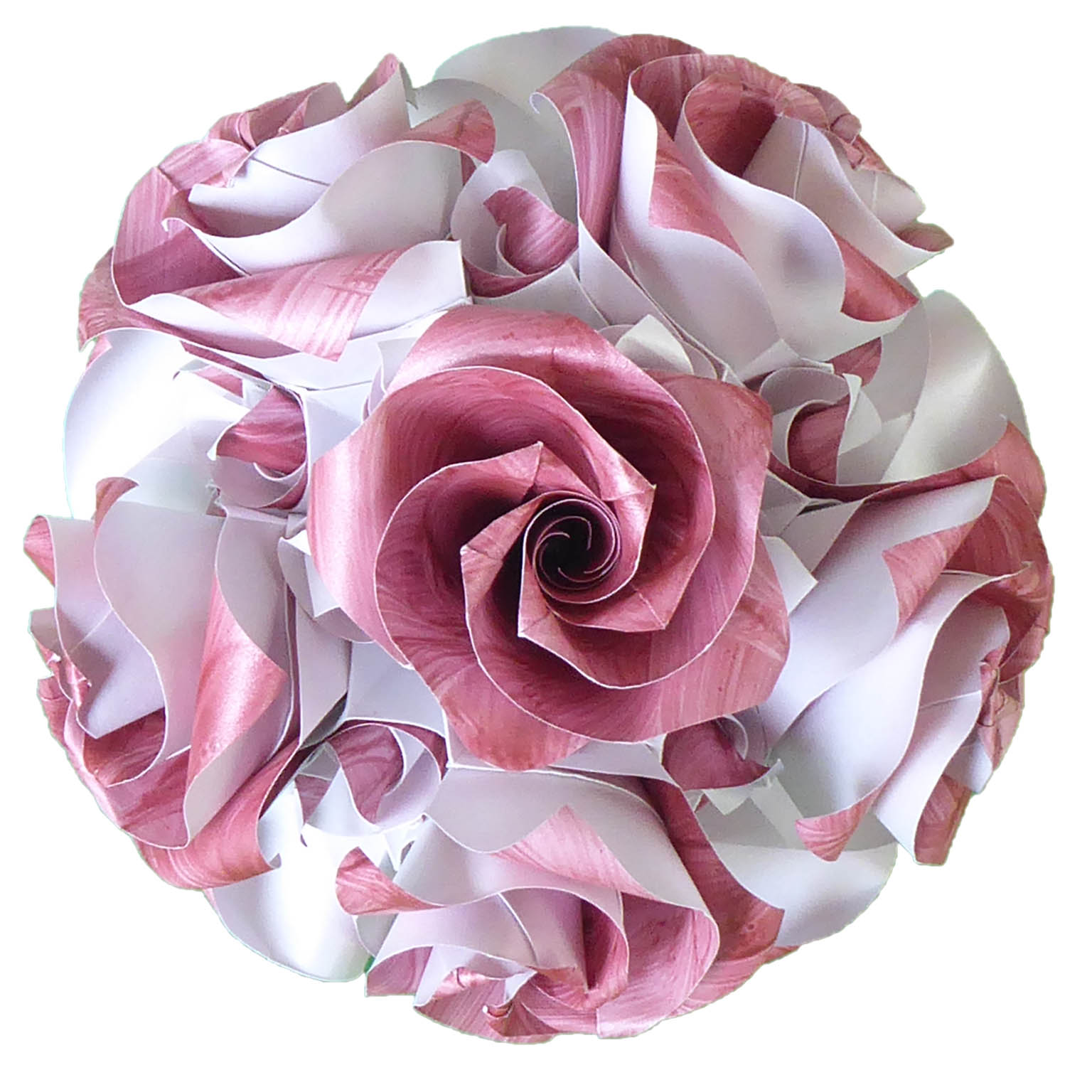 12 Roses for My Mum is made from 60 Versailles units. See PDF diagrams.

It was 20 years ago that Herman van Goubergen from Belgium invented his Curler Unit and used spirals to join paper modules. Before that time, nobody expected this idea to be useful for modular origami, but I, a Polish artist, decided to use this technique in my work, and Twirls were been born. 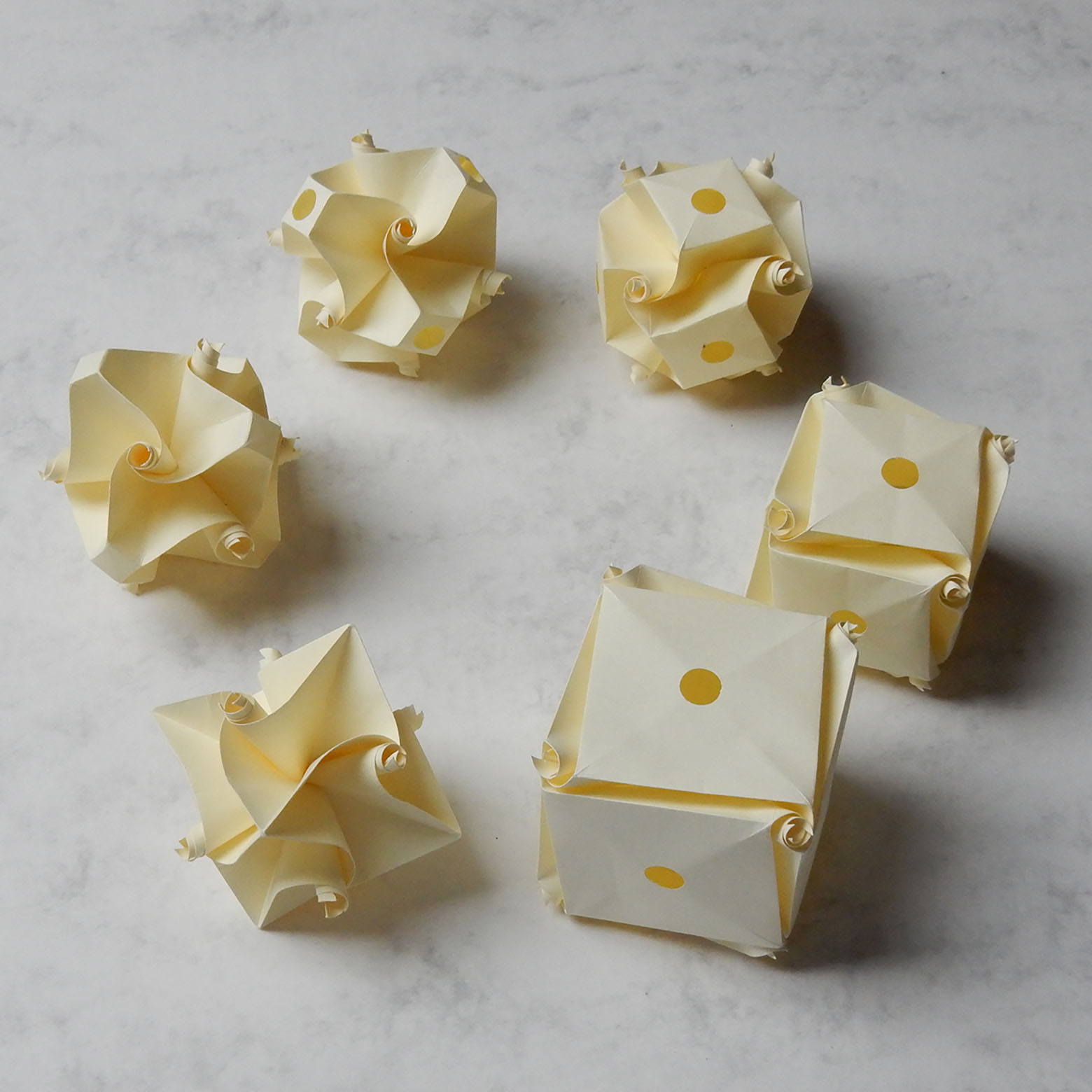 From Octahedron to Cube is a road that starts from an octahedron with six vertices. Each vertex transforms into a square, enlarging gradually, and finally there are six squares at the surface and the object becomes a cube. The work consists of several steps of the transformation in progress. 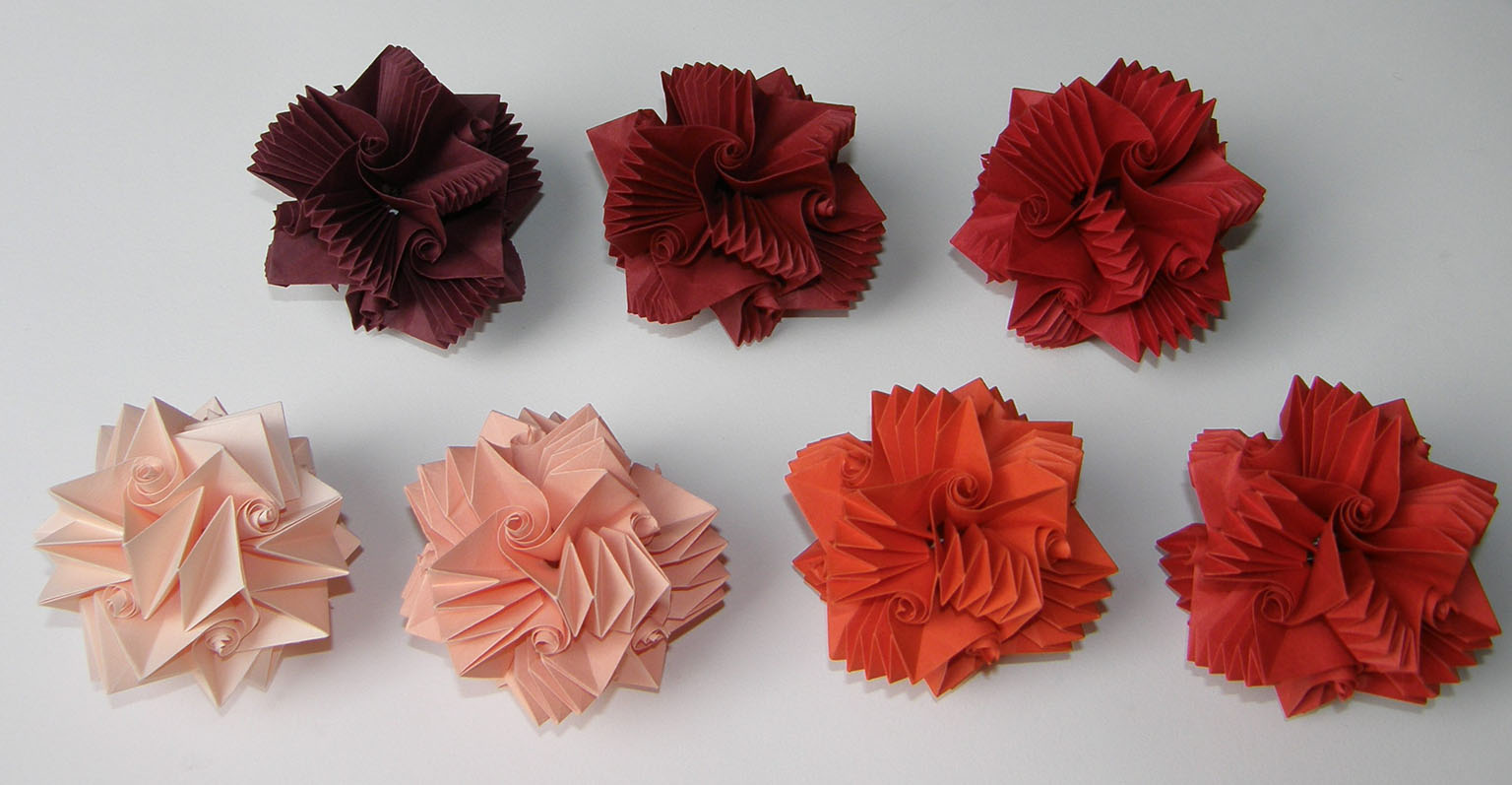 Accordion Folds from the Metamorphoses Series, 2006.

The idea of a process with an infinite number of intermediate steps is also visible in Accordion Folds. 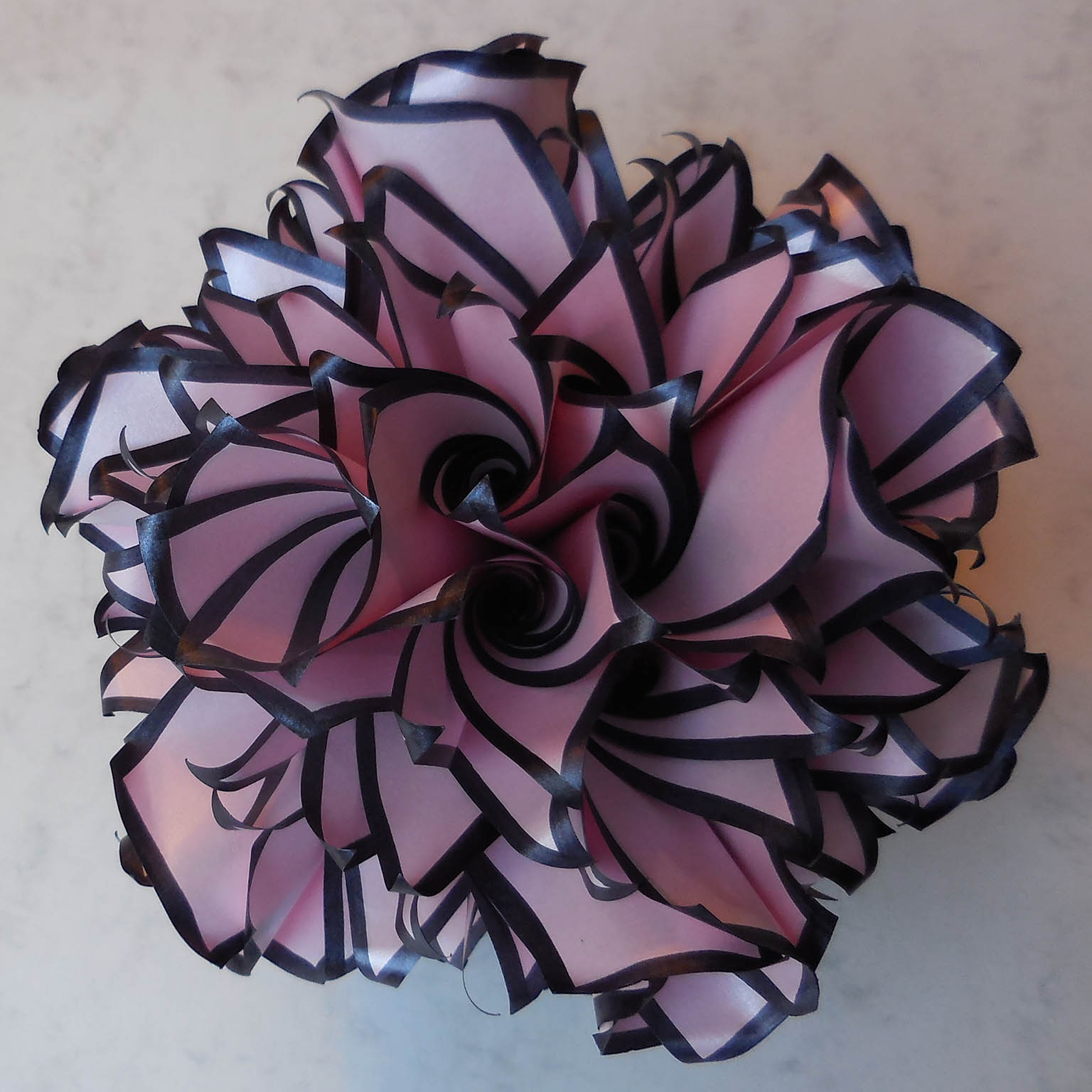 In the case of the series Pencil Shavings, black lines focus our attention on the spirals at the edges of the twisted paper and show how straight lines transform into curves.

Icosahedron, from the Functions Series, 2011.

Functions uses part of the graph of a continuous function to twist curves on a plane into a spatial curve. 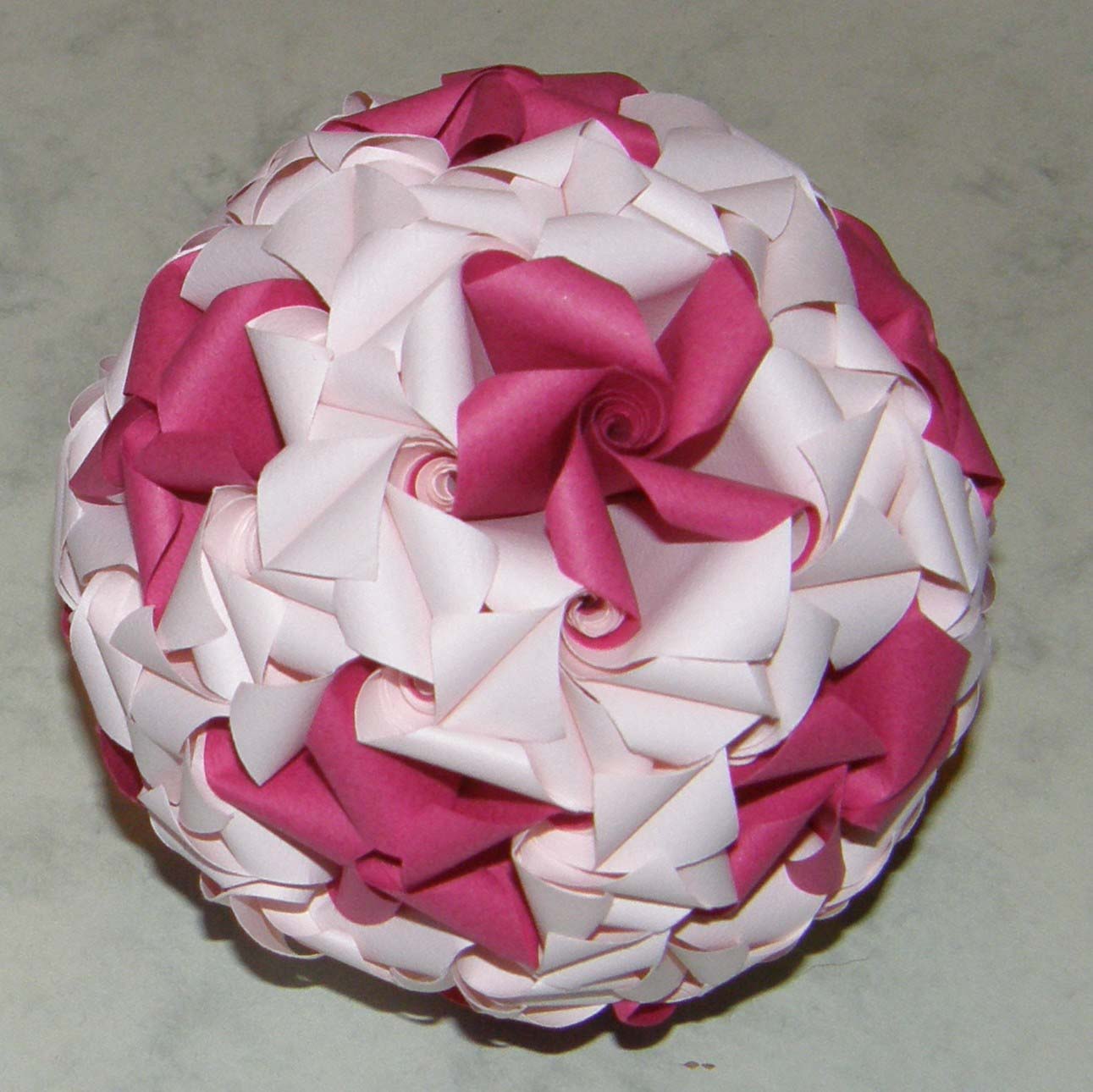 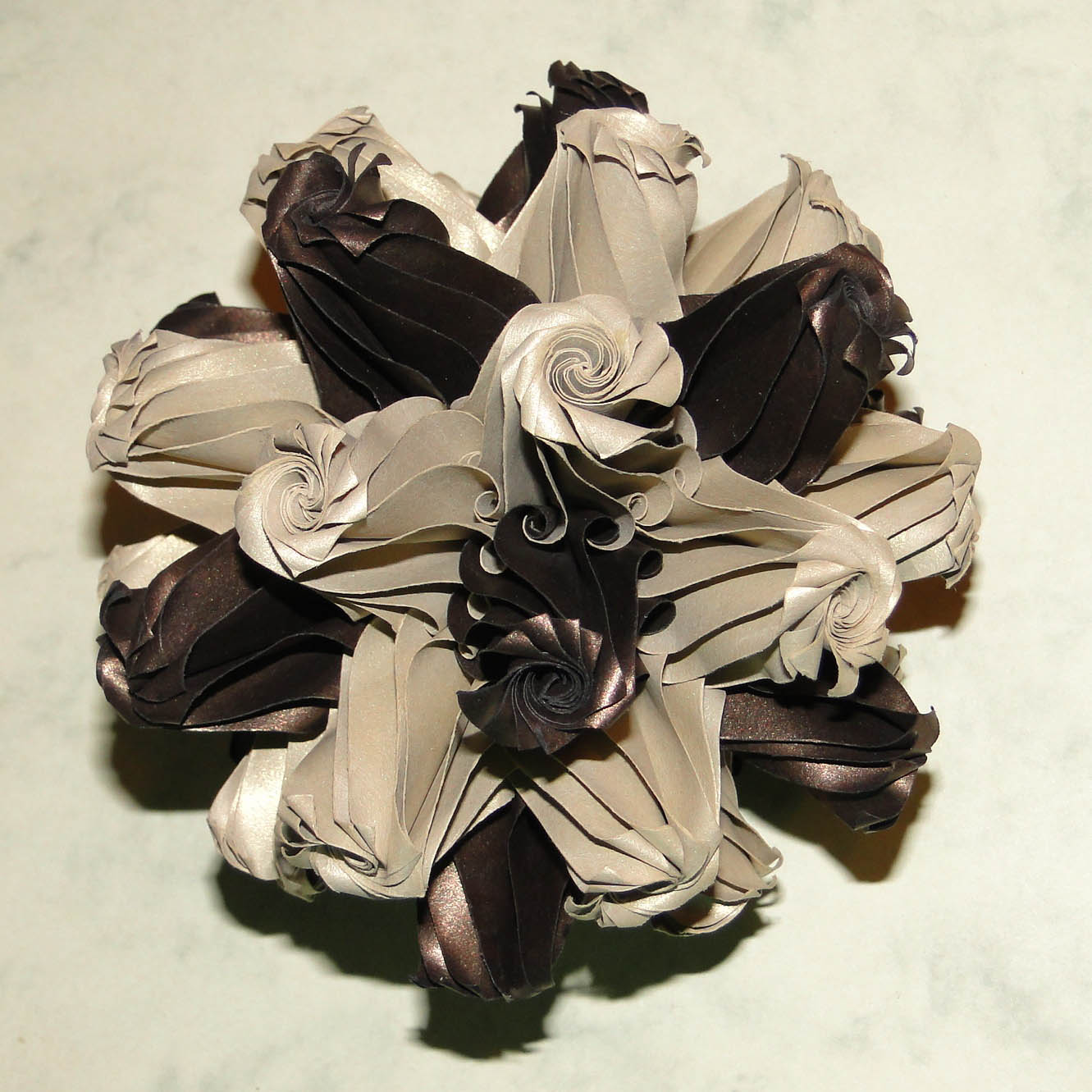 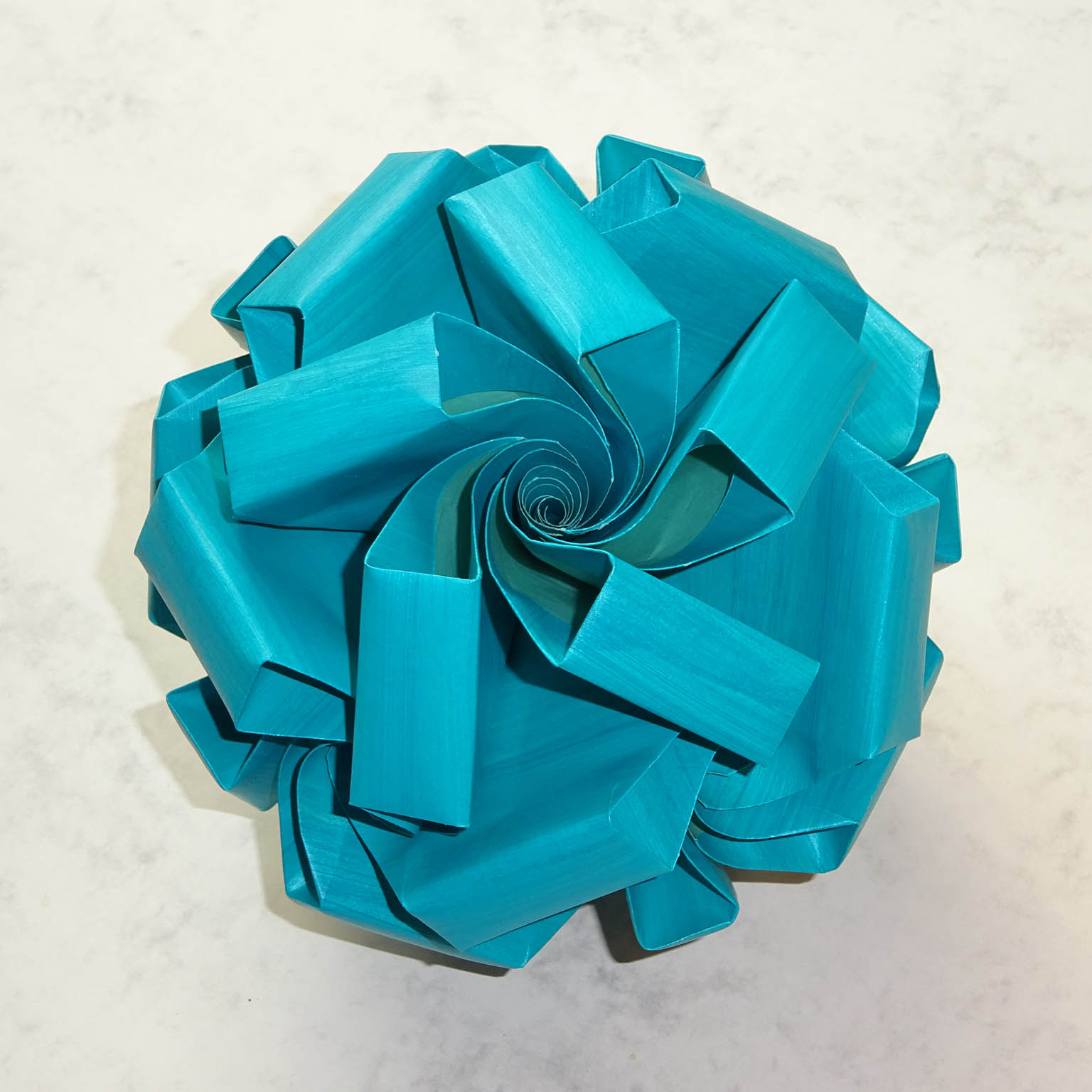 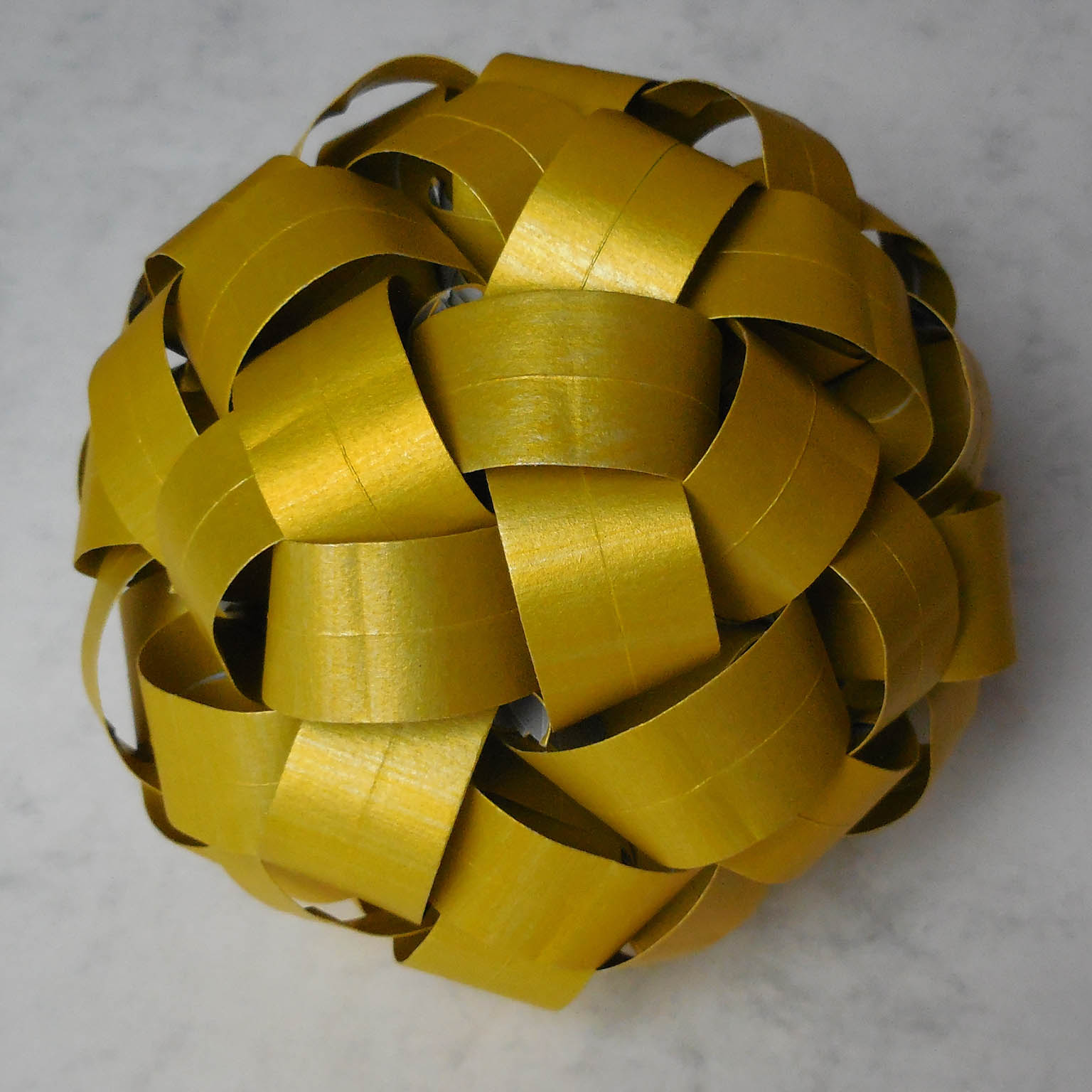 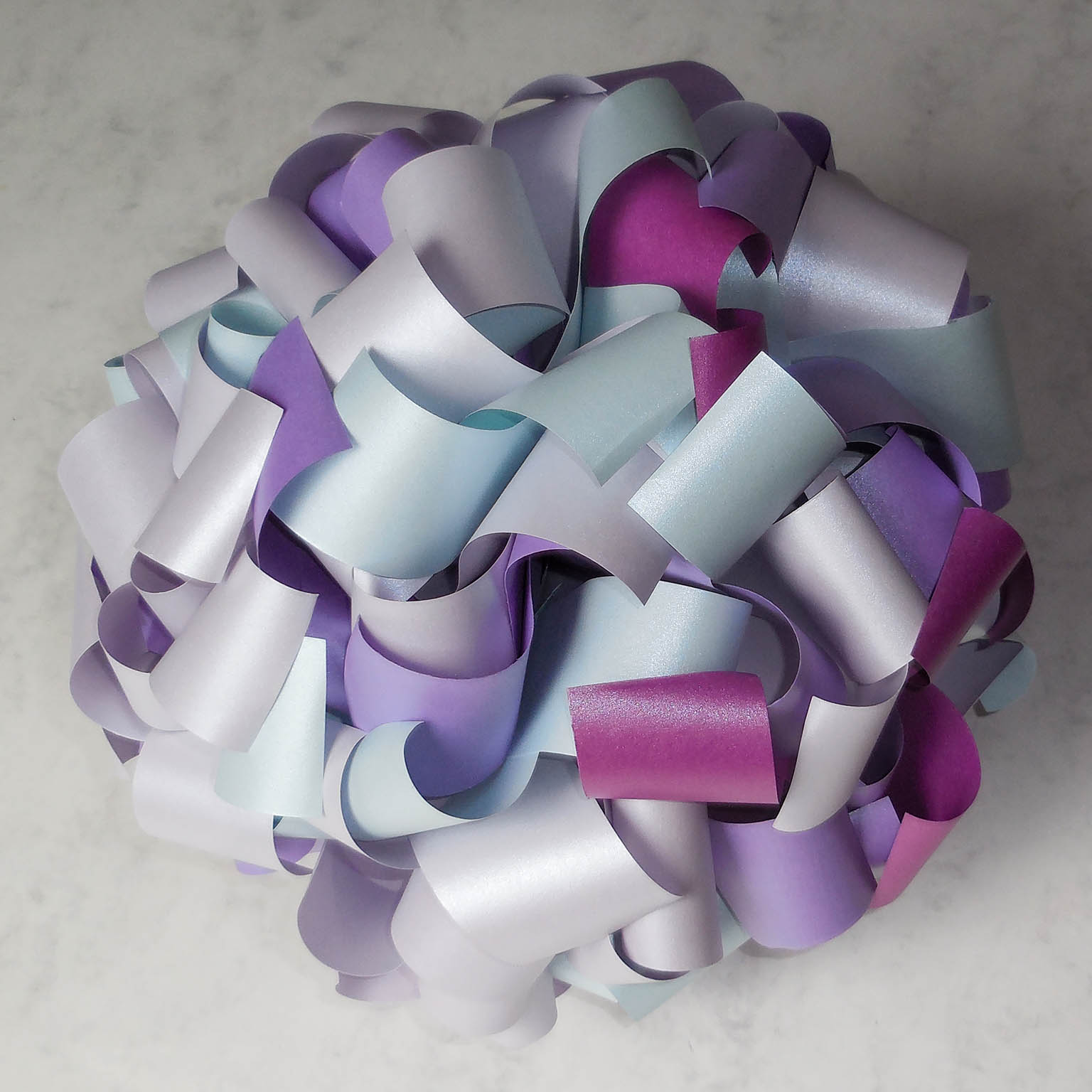 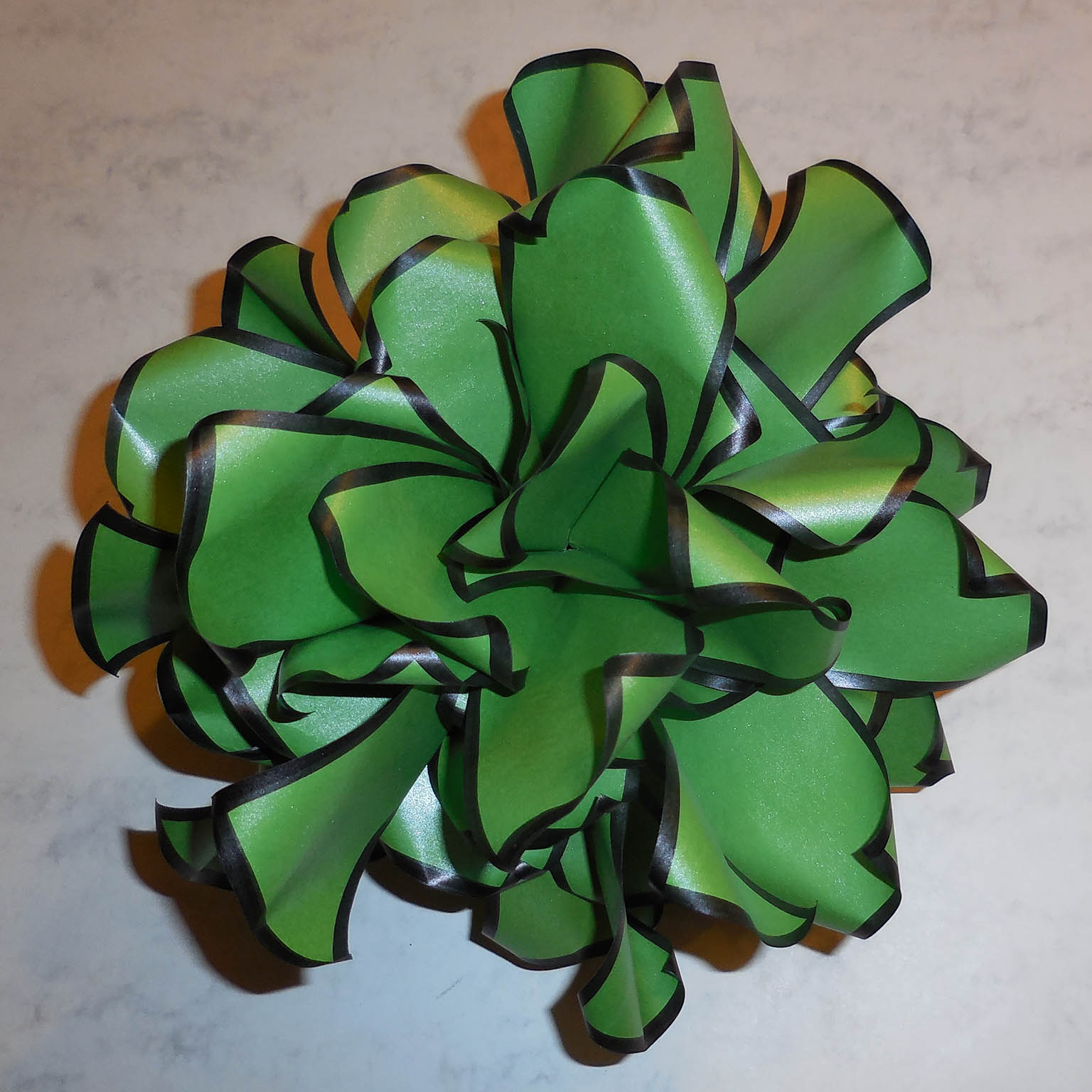 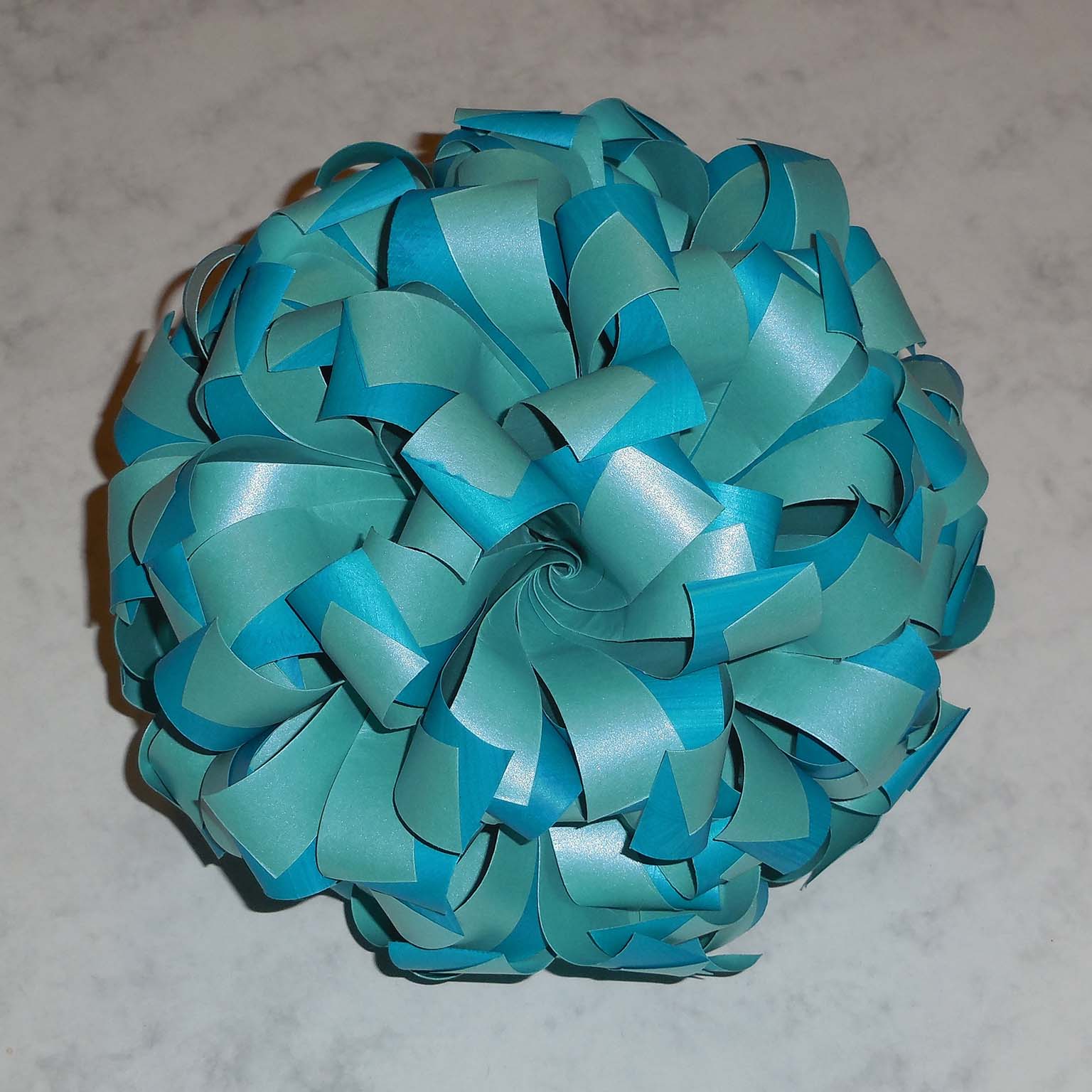 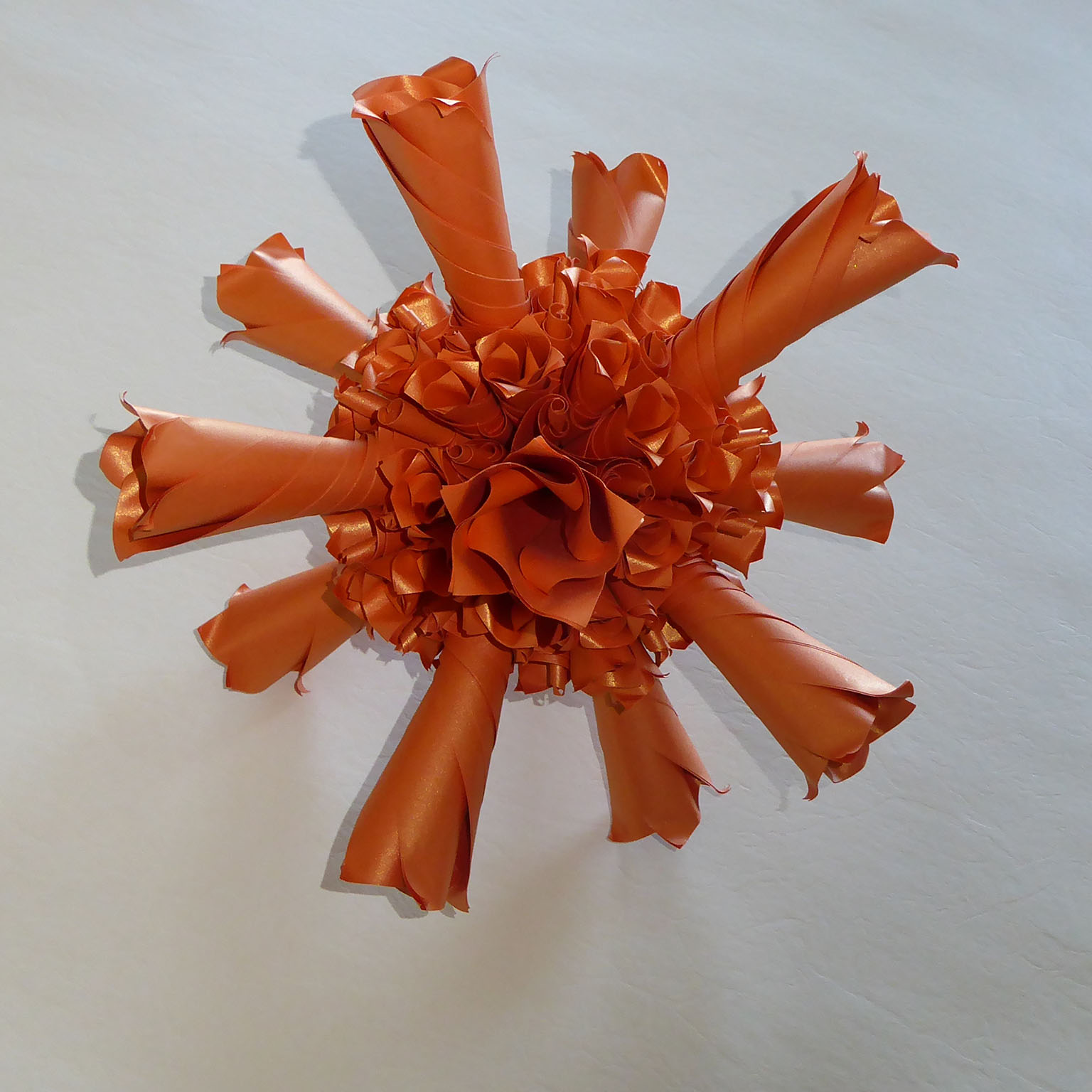 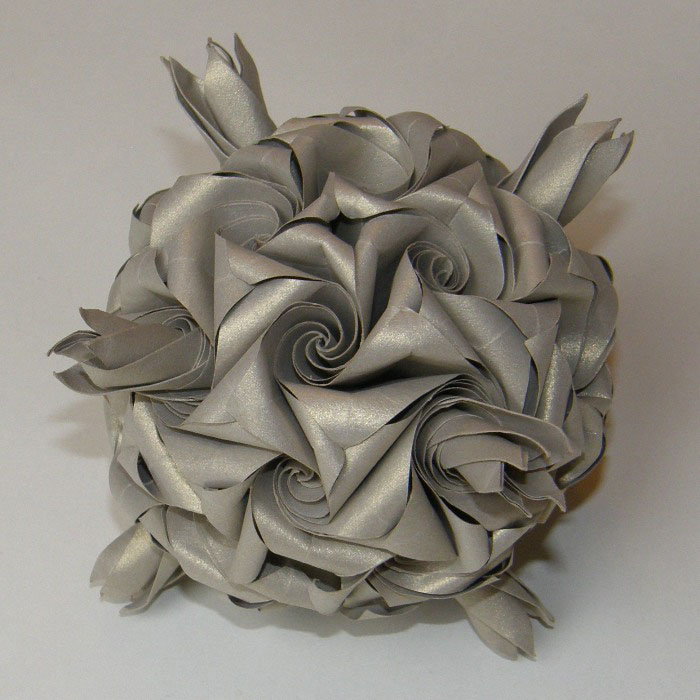 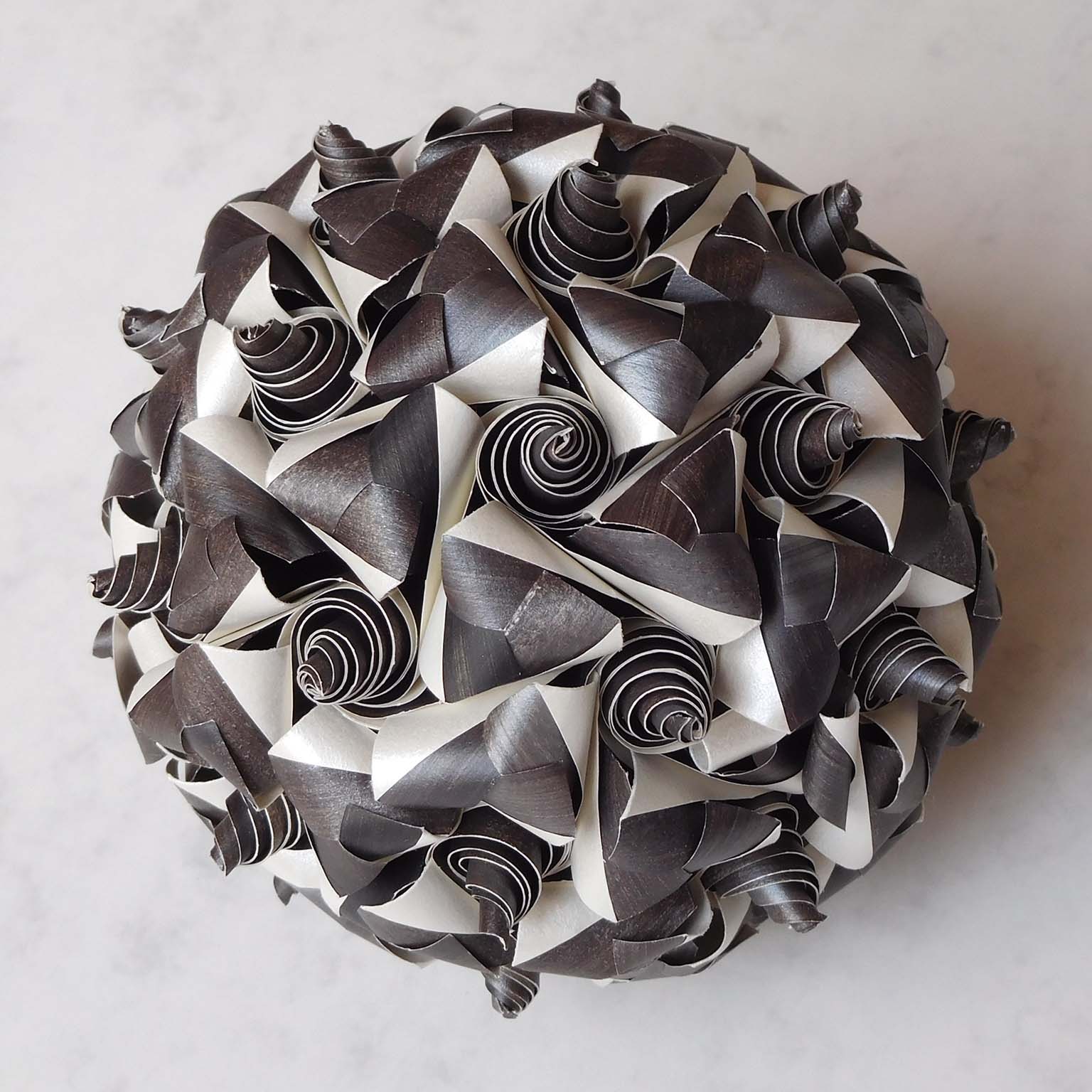 Sometimes the structure before and after construction differs as spirals create additional polygons and make the structure more complex, as in Winter in the park in Lisbon, Puff Star, The Rhombic Triacontahedron and Hidden Treasure. 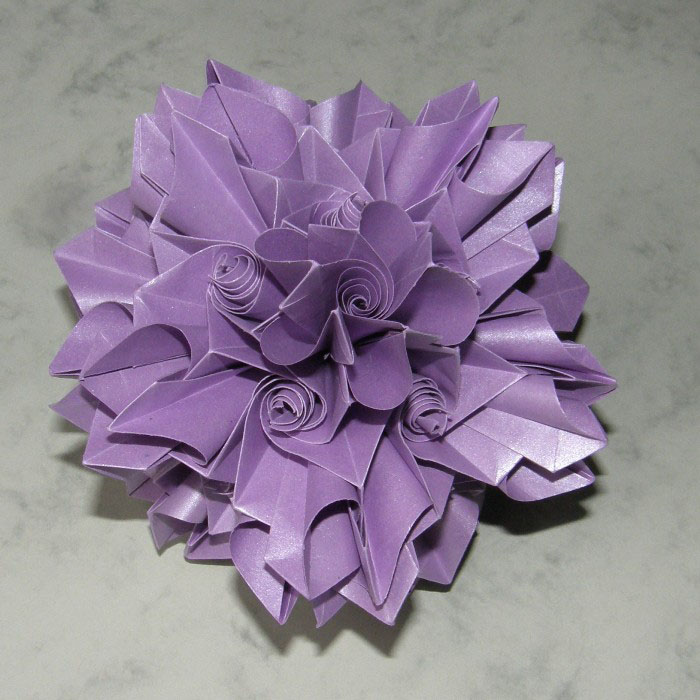 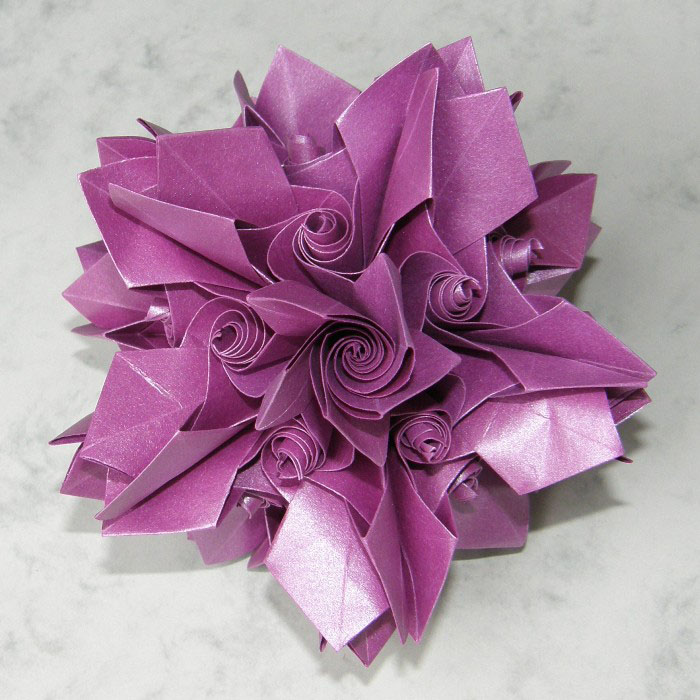 Left to right: Uplower and Upper and Lower 2009. 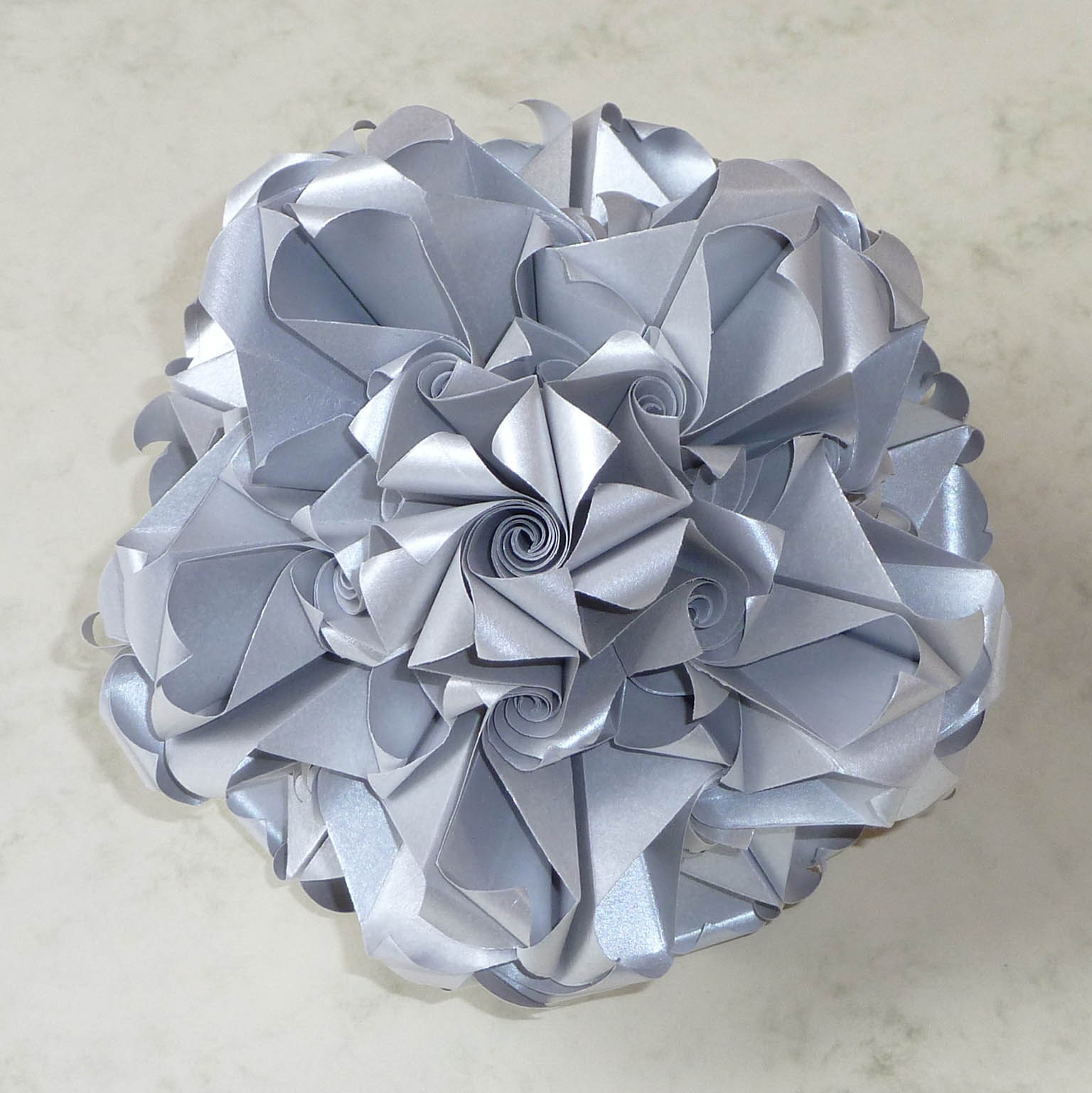 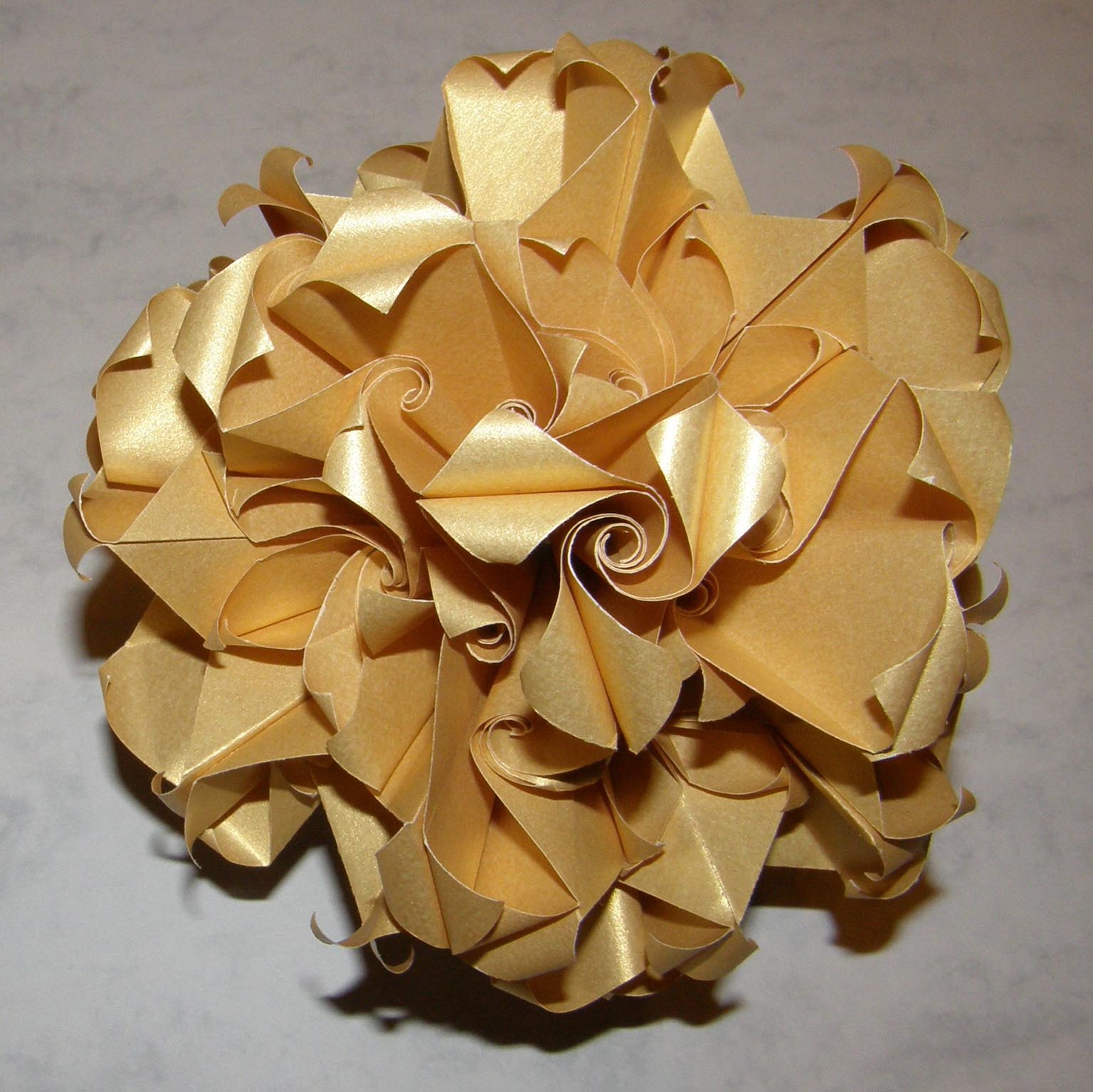 When modules used for a design are not symmetrical, a change in their orientation results in the structure of a dual polyhedron as in Balls of Flowers or Uplower. I know … I feel … I am sure that without mathematics none of my work would exist!