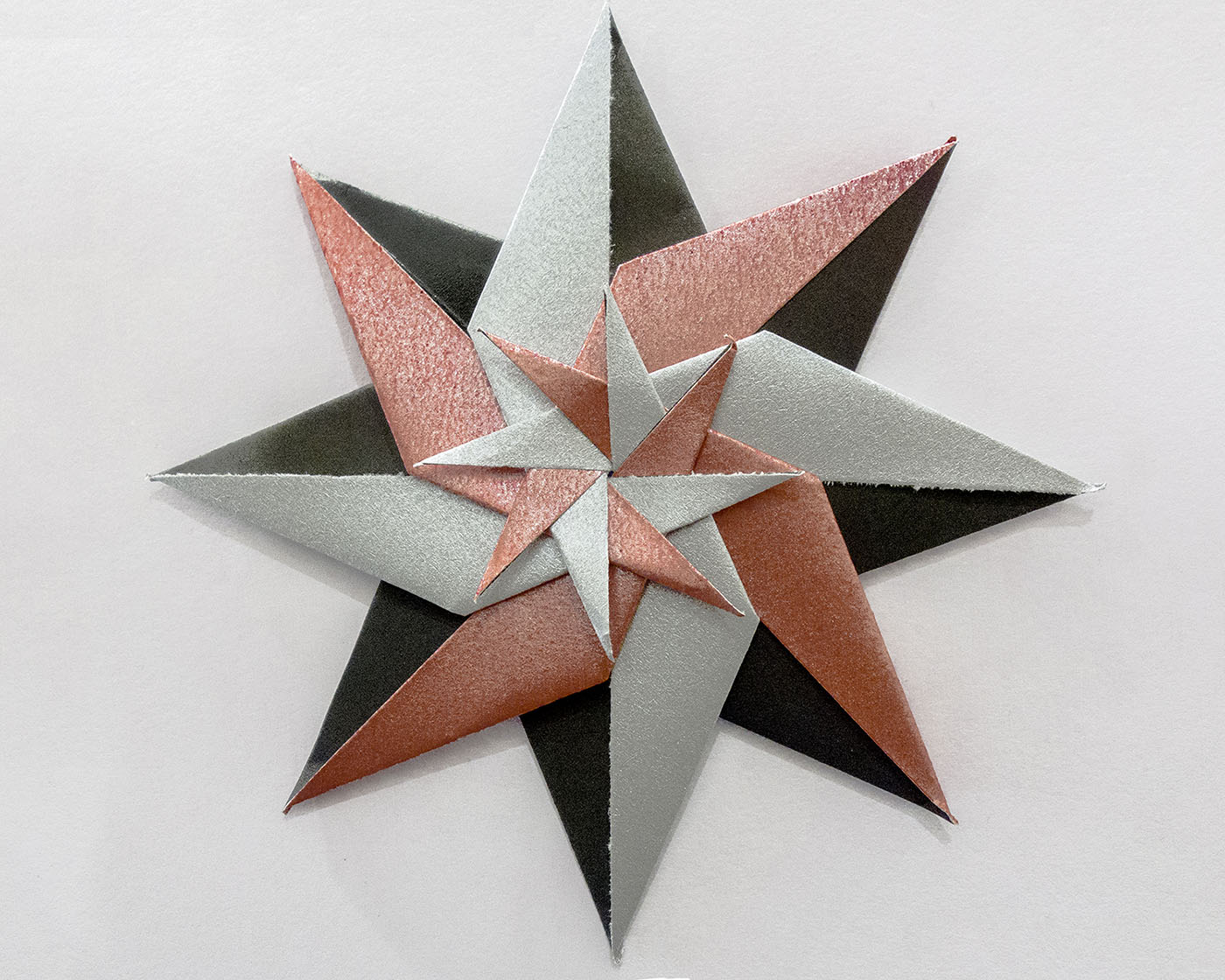 As an origami enthusiast, I have been folding daily for more than a year and a half. It all started with a 30-day origami challenge that I had decided to undertake in November 2019, and to this day, I haven’t stopped. I post my work on Instagram daily. Since the beginning of this year, I have been creating my own designs, mostly cubes and stars. I really enjoy folding modular origami – first, because the process is so meditative, and second, because I find it almost magical how a few units of two-dimensional paper can turn into something so beautiful.

Very recently, I have been working on stars. This began when one day I found a single triangular sheet tucked between the pages of a book. I started playing with it, and in a while, I realized I could create a star with it. Stars have never been my forte, but when I created my very own star for the first time, I realized how exiting they can be. Creating stars is like solving a puzzle, and the process is enjoyable. Within a month, I had created around a dozen stars, leaving aside the variations.

Here, I want to share with you the Sen Star, the simplest star I have created so far. It is made from eight triangular units, right-angled isosceles triangles to be precise. The assembly is also simple and requires no glue. I recommend starting with duo-colored squares with sides of 10 cm.

The Sen Star is named in honor of my professor Madhucchanda Sen. She is not only an amazing educator but an equally incredible human being. Over the years, she has fostered a relationship that has stretched way beyond the professional realm. This is just a tiny token of acknowledgement to you, Professor Sen.