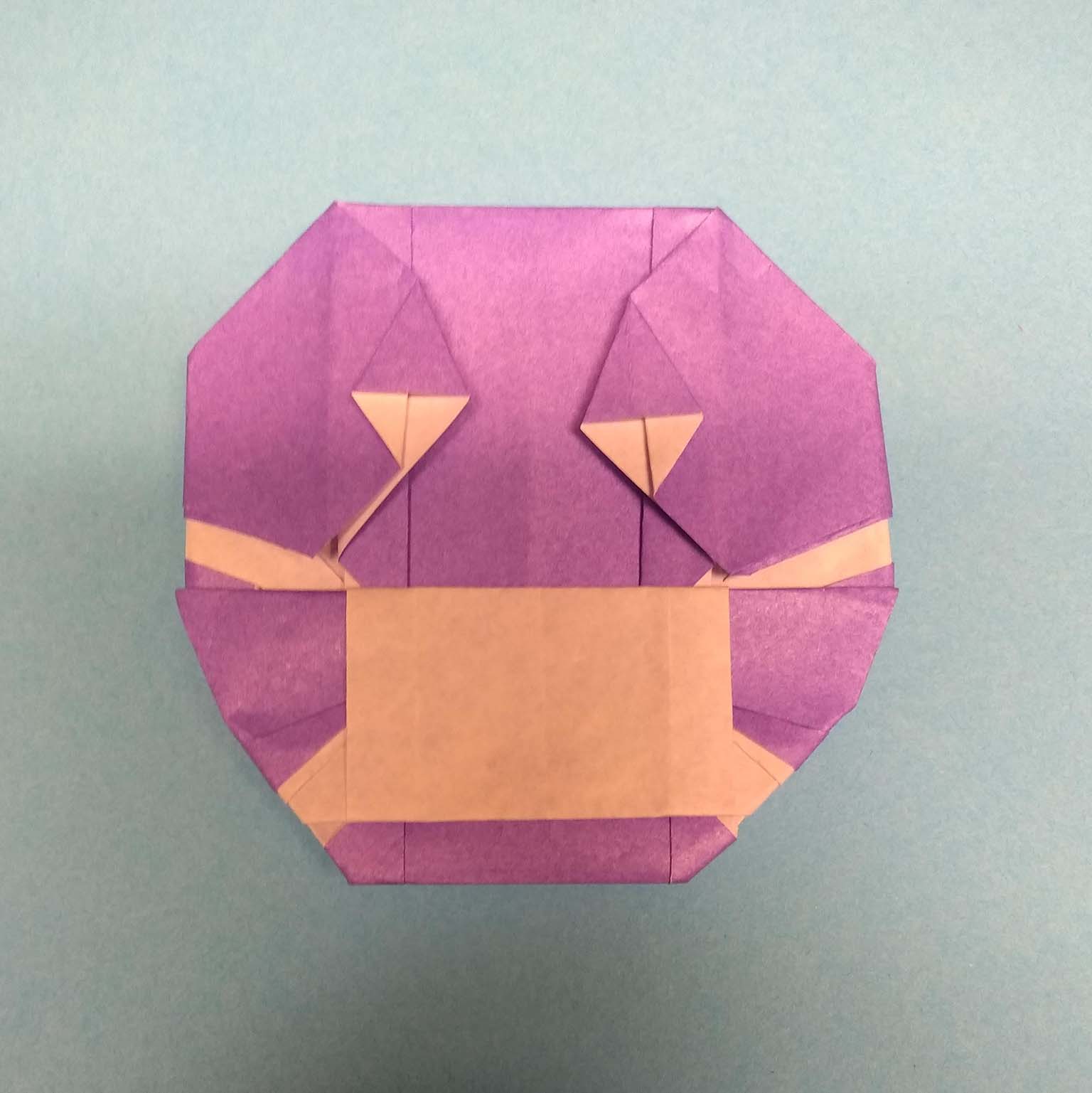 A smiley, ready for social distancing.

I have long been interested in designing image stickers, or smileys, of the sort that are used in social media.

Origami Virus was the theme of the Polish origami convention (Plener Origami), and this gave me the idea of designing a virus-related model. This masked smiley design is my response to the challenge. Unfortunately, the Plener Origami convention, which was to have been held in Krakow, Poland from May 1-3, was cancelled.

I thought it would be great to have my design published and shared, so I submitted it to The Fold. I’ve also included a photo of my original pureland smiley design for comparison. 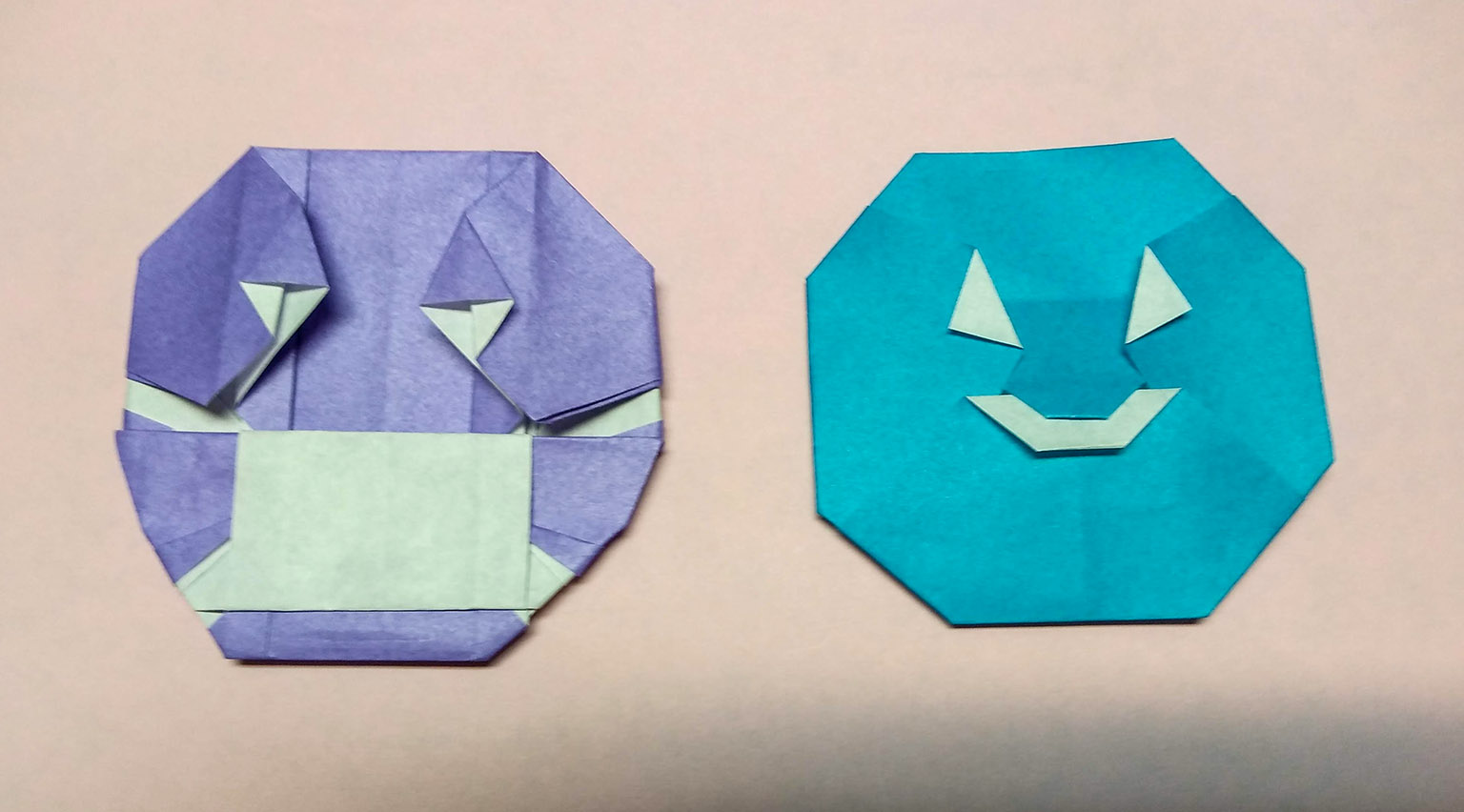 On the left is Sy’s masked smiley, Smiley Outbreak. On the right is his original. See PDF diagrams for the masked smiley.