The geometrical definition of an antiprism is a polyhedron composed of two parallel copies of some particular polygon, connected by an alternating band of triangles. Here I present a twist square antiprism box. In the first photo the color-changed box is folded inside-out. The second photo is a custom printing I made with the logo of the Spanish convention, where I was a guest in the spring. The diagram is printed inside the box. I folded 125 boxes, and I still love this model.

Alternatively, follow along to this tutorial by Sara Adams.

You can also fold variations of the square antiprism. 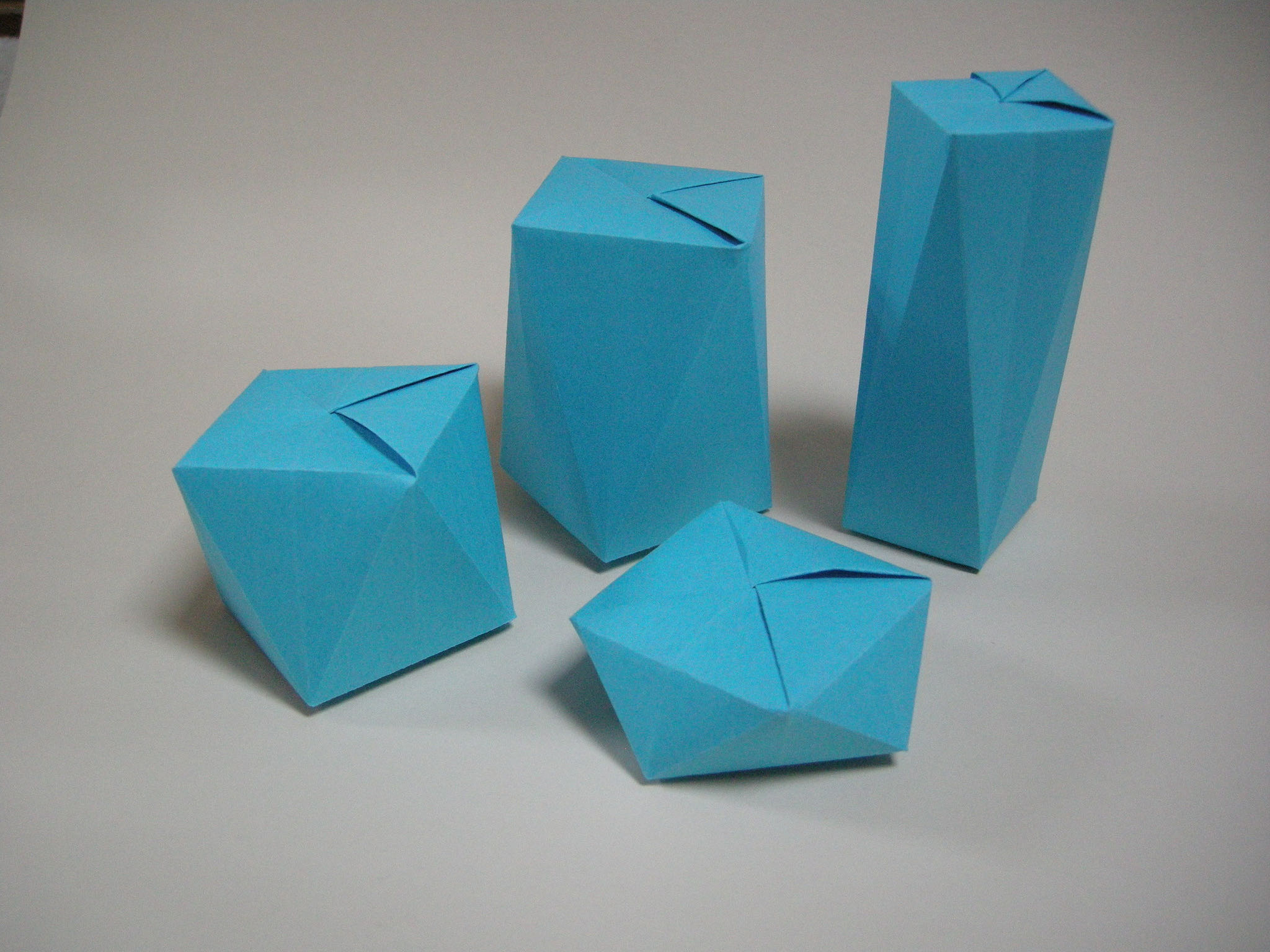 Variations of the square antiprism.

This box belongs to a set of antiprism boxes I created, which can be seen here.

I also made an antiprism for the iconic Toblerone chocolate.