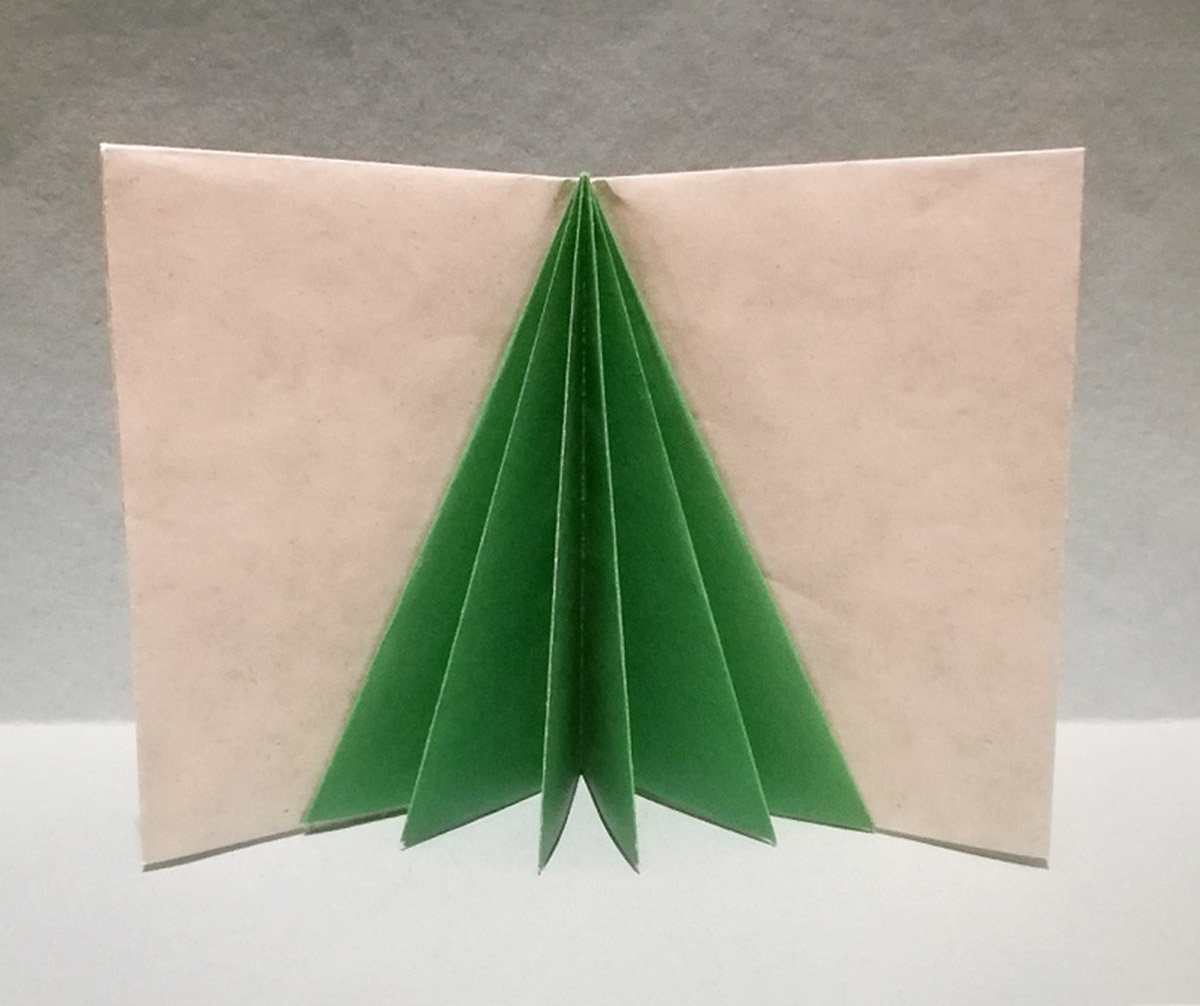 I shortened the title of this model in the diagrams to “WBB Xmas 3 Card” for reasons of space (and to add some mystery), but its full name is “Water Bomb Base Christmas Tree Card.” The triangular base (I now use this term because it is peaceful [no bombs] and self-descriptive) is made in the diagrams, from steps 1 to 5, in the upper part of the 1 x 2 bicolor sheet. 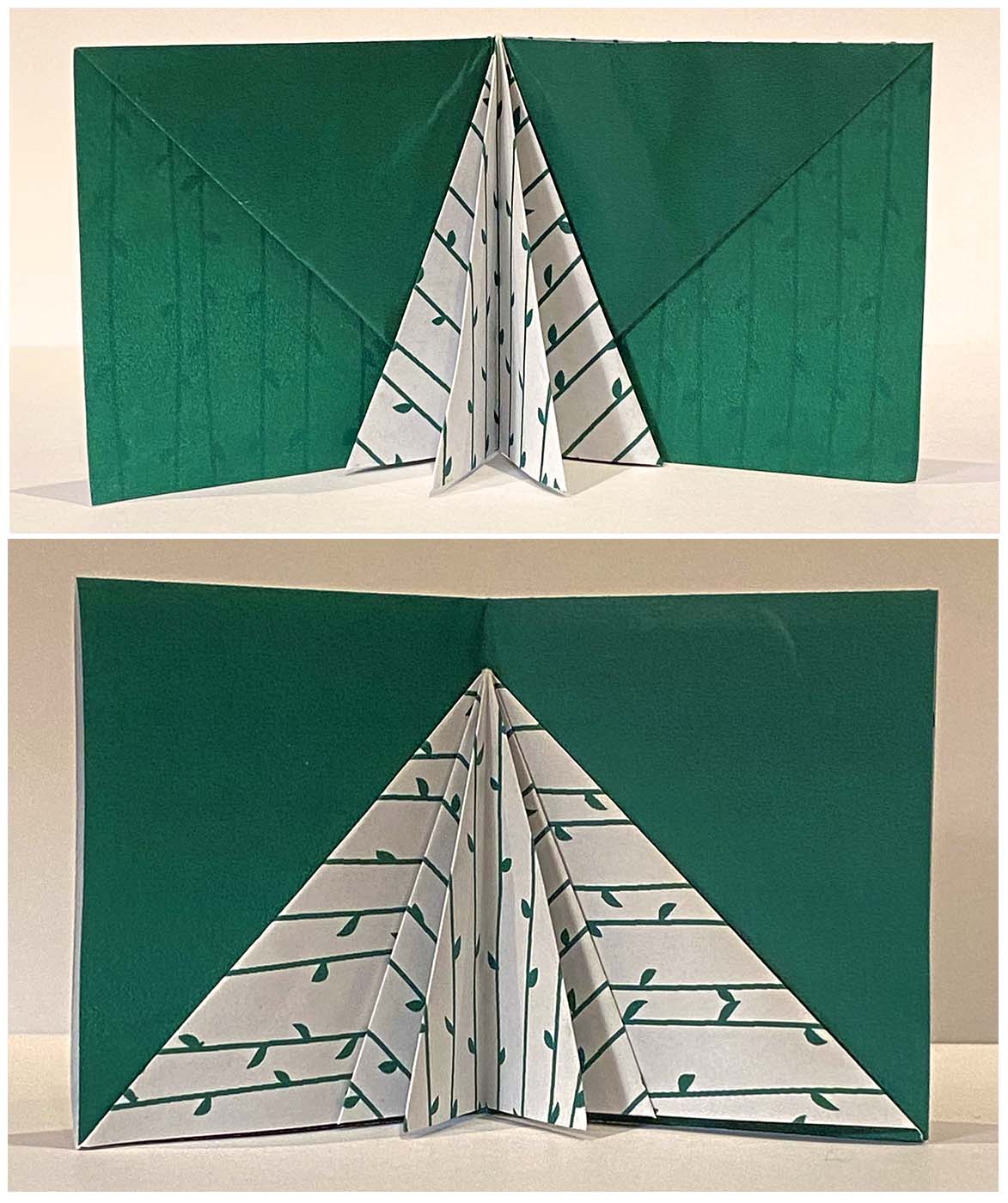 Earlier Christmas tree cards by Grażyna Karasińska-Kraszkiewic (above) and Doris Lauinger (below). Paper and folding by Jane Rosemarin.

I was inspired to create this design after seeing the Kartha z choinką by Grażyna Karasińska-Kraszkiewic, created in 2012, which I found in December 2019. And also, after some research, I discovered the Holiday Card by the late Doris Lauinger, created in 2008 and published by Nick Robinson in his “World’s Best of Origami” in 2010. As I was not happy with the background of the 2012 card or the wide tree of the 2008 card, I developed my own version, and in the process added two more layers to the tree.

The crease pattern of my model was published in the “Origami Genève 2020 Convention Book,” for the only in-person convention of 2020, at which I was one of the guests. Later, my friend Christophe Curat made the diagrams that were first published in the British Origami Magazine 325 (December 2020). The current diagrams are those by Christophe.

Photos of my design can be seen on various social media:
– My Instagram account: @origamichel (opened at the Geneva meeting with the help of my friend Viviane Berty).
– My flickr account (no longer updated since I moved to Instagram).
– And for envelopes and letterfolds, the ELFA-exchange.