Since 2019 is the year of the pig in the Chinese horoscope, I thought it would be a good idea to create something that reminded me of a pig. Yes, reminded, because once I tried to create a windsurf board and I ended up creating an orchid! I started to fold this pig with the same steps as my dachshund (published in the Origami USA Convention Book 2016 and also in a wonderful video by Leyla Torres), but I had some difficulty folding the legs. Long legs. And ears too... So, to fold this model you have to shape the legs as you want, as long as they look like legs. And the ears... well, after I posted the model on Facebook, a friend asked me why the pig had no ears. I did not even notice that detail! And a little story began in my mind: "Once upon a time there was a sad little pig. He was sad because he had no ears. One day, his mother said: "Don't worry, baby! You'll have ears. Paper ears!" And he lived happily ever after with two large triangular paper ears stuck in his head with no glue!! But he wants more. He wants a horn, because he wants to be a unicorn! "You? A unicorn?? When pigs fly!"

And with this story I fixed my model and played a lot with it, folding ears, horn and wings. I folded it with Canson Mi-Teintes, 30cm x 30cm, with wet folding. But it's also possible to fold with kami, 20cm x 20cm.

I would like to thank Halle for the beautiful diagrams, Rui Roda for testing the model, and Ramón Thomas, editor of Pajarita magazine, and The Fold, for the opportunity to share my model. 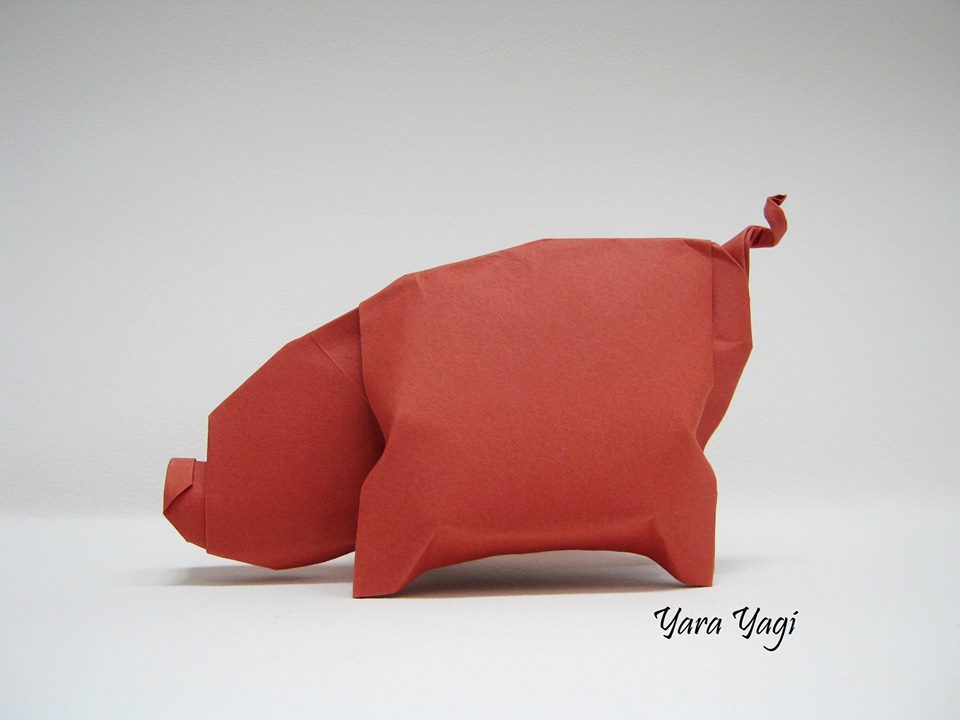 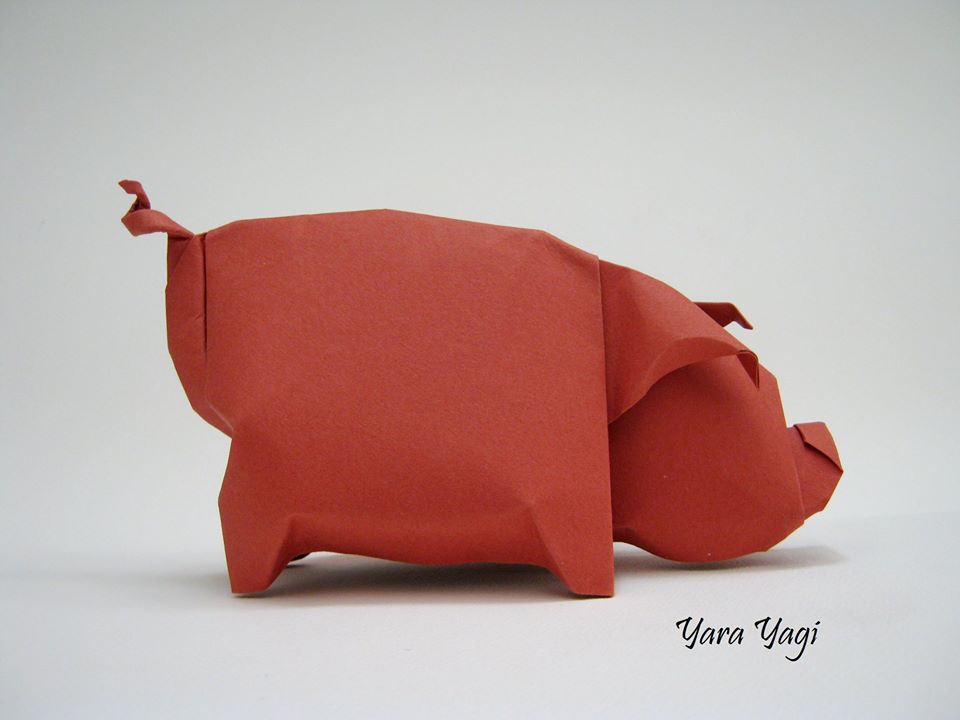 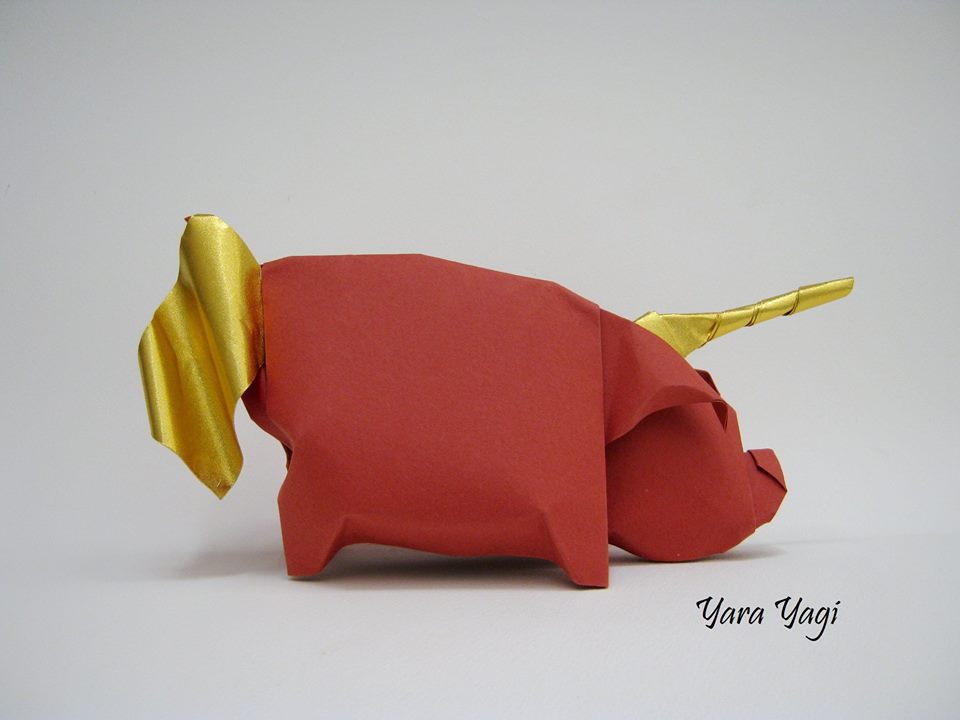 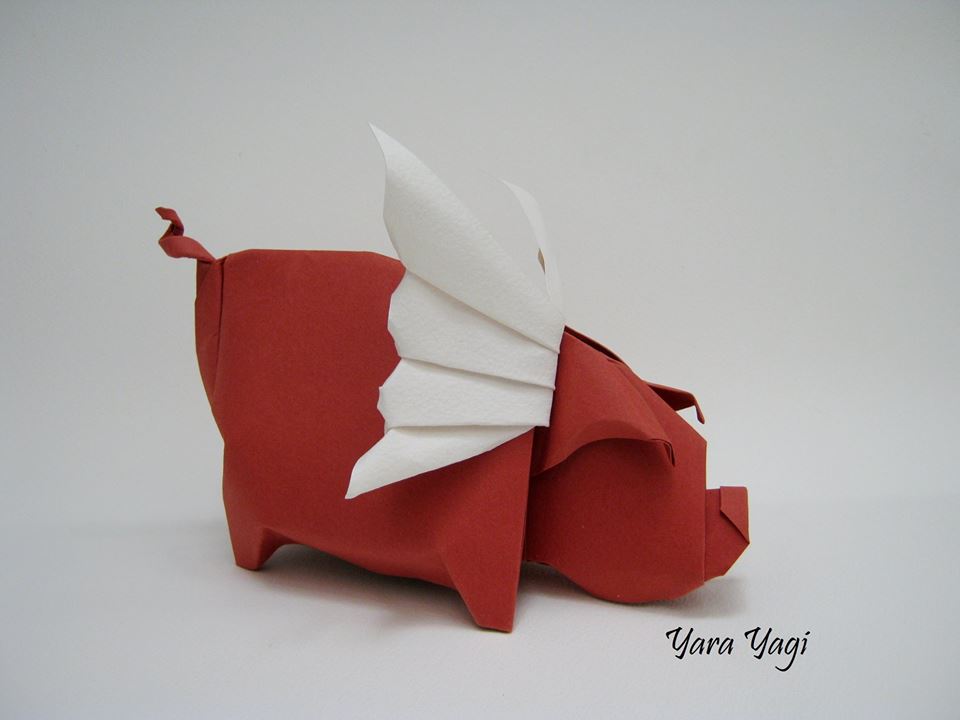