For the past 17 years I have been teaching origami to people of all ages, starting as a parent volunteer in my children’s schools. In searching for people with whom I can talk about origami, I found and joined Origami USA in 2002 and began attending conventions and local meetings, which really opened up my origami world! Now, inspired by so many enthusiastic and talented people around me, I have begun designing new shapes and models.

As a former synthetic organic chemist, I am attracted to simple and versatile building blocks that can form a stable bond, and I think this Puff Ring unit is one of them.

Nobuko’s Puff Ring is an eight-member flat ring that can be puffed up when assembled. 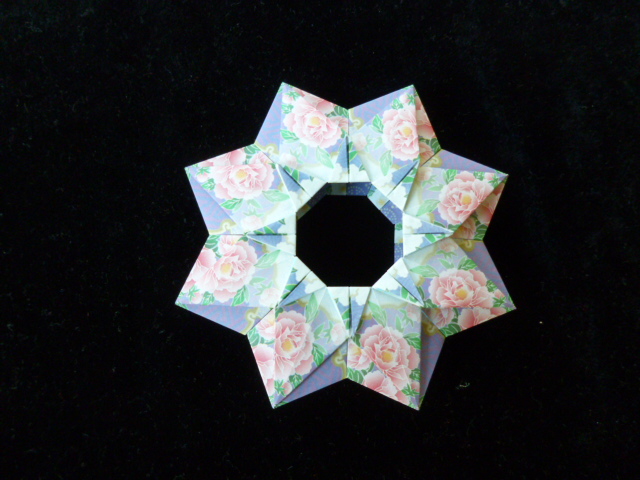 Photos below show the puffed ring with LED candles. 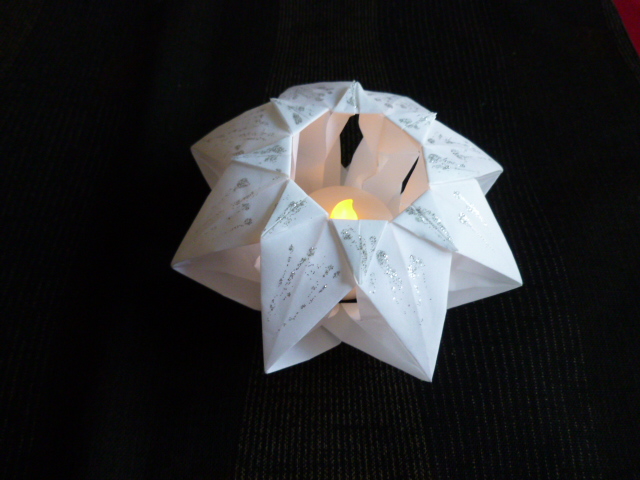 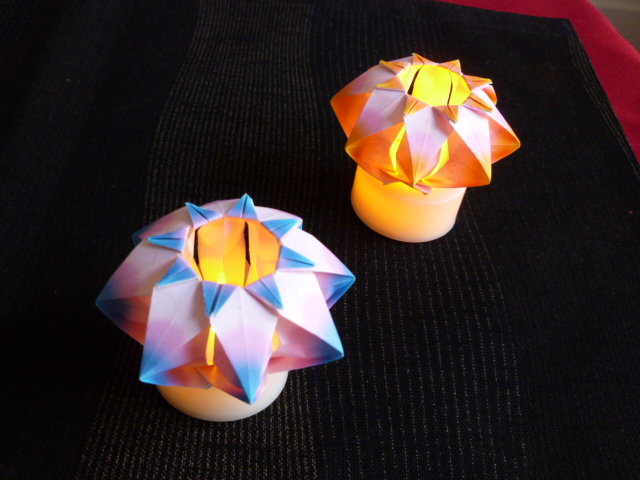 As shown in the diagrams, each of the Puff Ring units has four symmetrical joints (a set of two joints on each side of a unit) and, in the Puff Ring, two units are doubly connected by two separate joints. Each of the four joints also can be used to connect one unit to four different units. This fact and the unique puffy nature of the unit allow one to form 3-D balls as well as a flat ring, as shown in the photo. 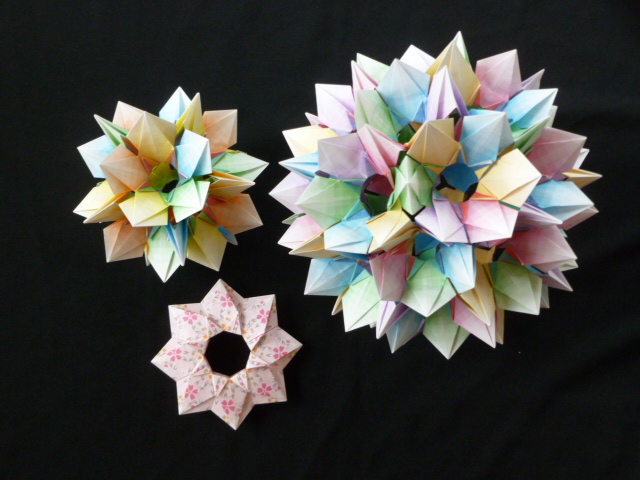 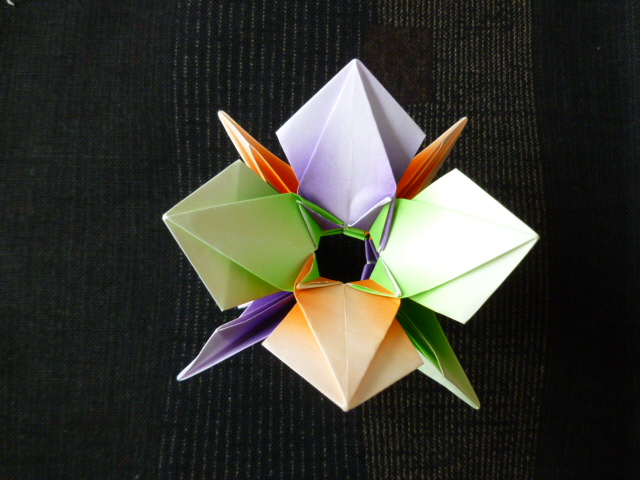 Nobuko’s Puff Ring originally was published in the 12th issue of Creased magazine in December, 2012. Unknown to me, the same model in the flattened form was created and named ‘December Decoration’ by Jose Meeusen of The Netherlands and published in 1996 in Tomoko Fuse’s Kurashi o Irodoru Raku-raku no Origami – roughly translated as Fun and Easy Origami to Decorate Everyday Life – in Japanese only, ISBN4-900747-10-6.

Upon seeing the publication of “Nobuko’s Puff Ring” in Creased, Ms. Meeusen contacted the magazine and notified its staff of her own creation and previous publication. The Creased staff forwarded Ms. Meeusen’s message to me, thus giving me a chance to contact her directly. Ms. Meeusen, being so generous and kind, congratulated me on my publication in her message and also told me how much she loved her model “December Decoration.”

Since then, she and I have been communicating occasionally, and she shared photos of some of her other origami creations and beautiful artworks with me.

She kindly contributed the passage below to this article about her “December Decoration” and also a photo of her favorite pattern.

I designed this modular on December 5th 1994. December is a festive month so I called this model “December Decoration” and used it as decoration on the Christmas tree. Folded from metallic paper, it can be used as candle holder. I also folded copies for family and friends as a New Year gift, with the note that it is symbolic for the New Year: The ring is the year given to us; the empty space in the centre is to be filled by the gift recipient.

I’ve liked the model right from the beginning, especially because it becomes 3D when it’s left to rest on the table after folding. My most favorite copy is the one I folded from the golden tea bags, featuring buddha. I managed to get a complete budhha in every unit. I folded this copy 20 years ago, but it still looks new! 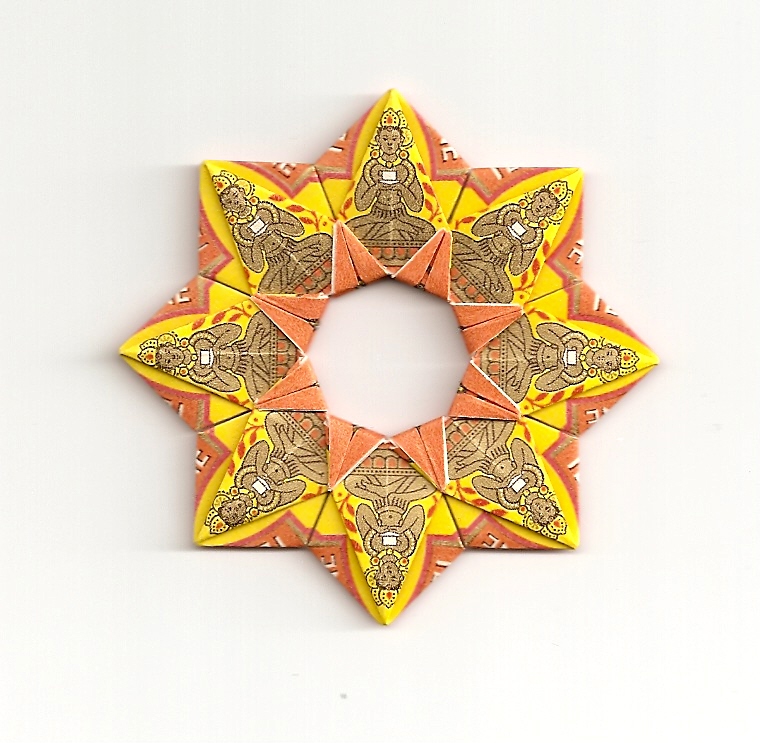 
Acknowledgment. I would like to express my special thanks to Gay Merrill Gross for proof-reading my diagrams and providing many valuable suggestions.