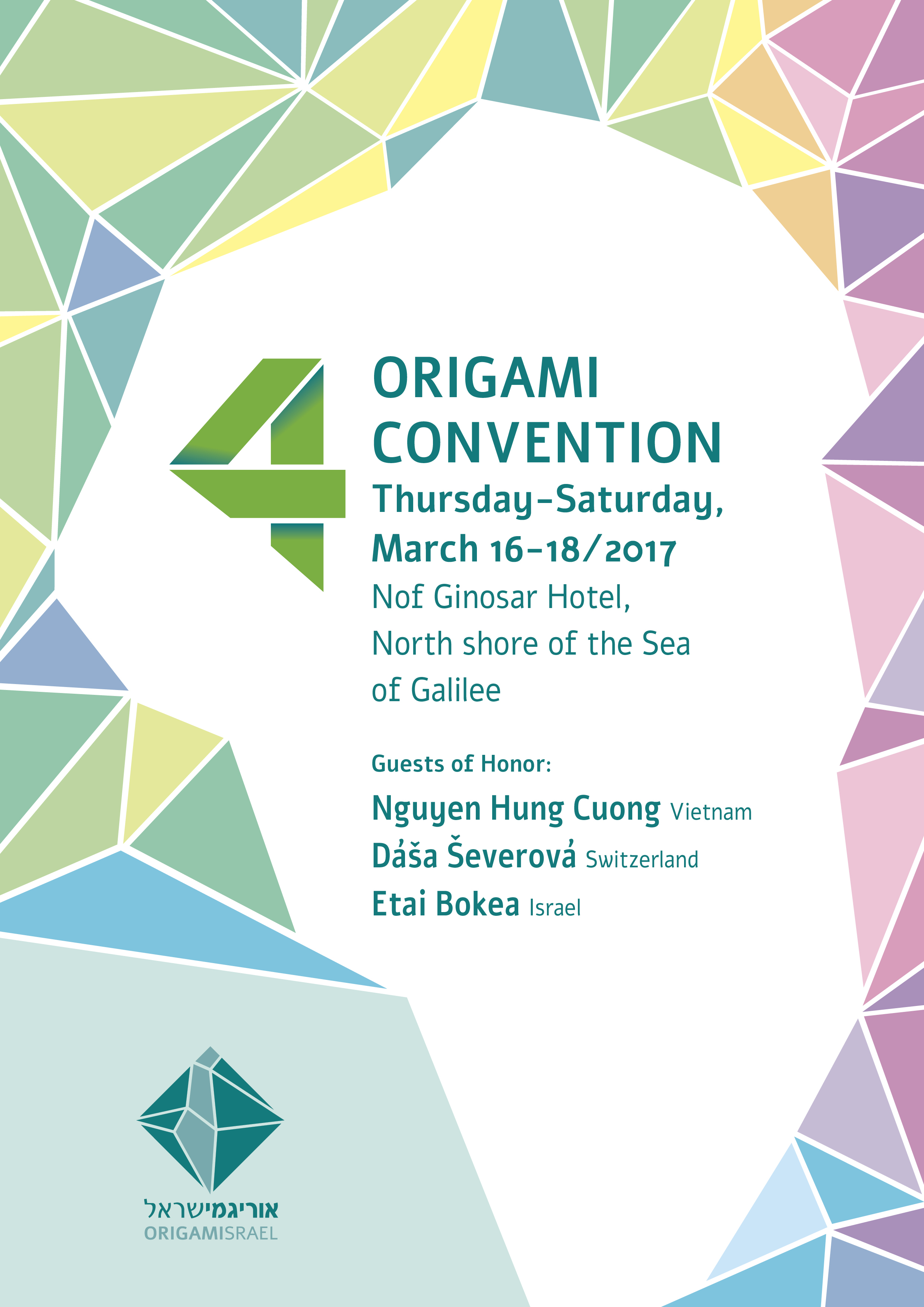 Origamisrael has hosted our fourth convention. This time we had 64 guests (not including family members, which adds 30 more people).

Our first convention only had 28 folders and was more like a family event. Actually, when my family celebrate the new year at my house, I host more guests! This increase is part of our late efforts to open up to more folders, as you can see in the change of name - We were called OASIS, a name that has no real origami sense, unlike our new name; Origamisrael.

How do you get ready for such an event? I will try to plot a path to follow, first answering the most basic questions, such as where and when, what to teach and whom to invite, and then go into the more refined points.

In a way, you can regard this article as an incomplete guide for new organizations that are planning to host a convention. Yet, I believe some points may even be helpful for experienced organizers, or at least initiate a discussion about those topics.

Weekdays or weekend – that is hardly a question. Most people are available only on the weekends. I have never heard of, nor attended, a convention on weekdays.

Weekends or holidays? Many countries have holidays on the weekends, so finding such a combination can provide a longer convention. On the other hand, hotel prices are higher during holidays. Moreover, holidays are more for family gatherings, and you may lose some folders for that reason.

Time of year – most of the good weeks during the year already are booked with other conventions. You wouldn't like to plan your convention at the same time as OrigamiUSA, unless you do not care for overseas participants. June is for the OrigamiUSA convention, August for Tanteidan, late November-early December is CDO, May is for the German and the Spanish conventions (who more than once set their timing for the exact same week, causing a great dilemma for many folders). ORIGAMISRAEL is set on March, which is, weather wise, an ideal time to visit Israel, while Europe is still frozen, and here we have clear blue skies, 20-250C, with cool, dry winds.

Do not plan on weeks which are just after big holidays, such as Christmas, since people tend not to take another vacation so soon.

Location and hotel (which are hard to divide) set the mood of the convention. If you feel your guests will dive into the main hall and never pop a head out, the location is not important. But if some of your guests prefer to spend some time sightseeing, make sure your location has some tourist attractions. This is more important if you have young folders who come with their families. Never seclude the families in unattractive places. They surely will not attend again. 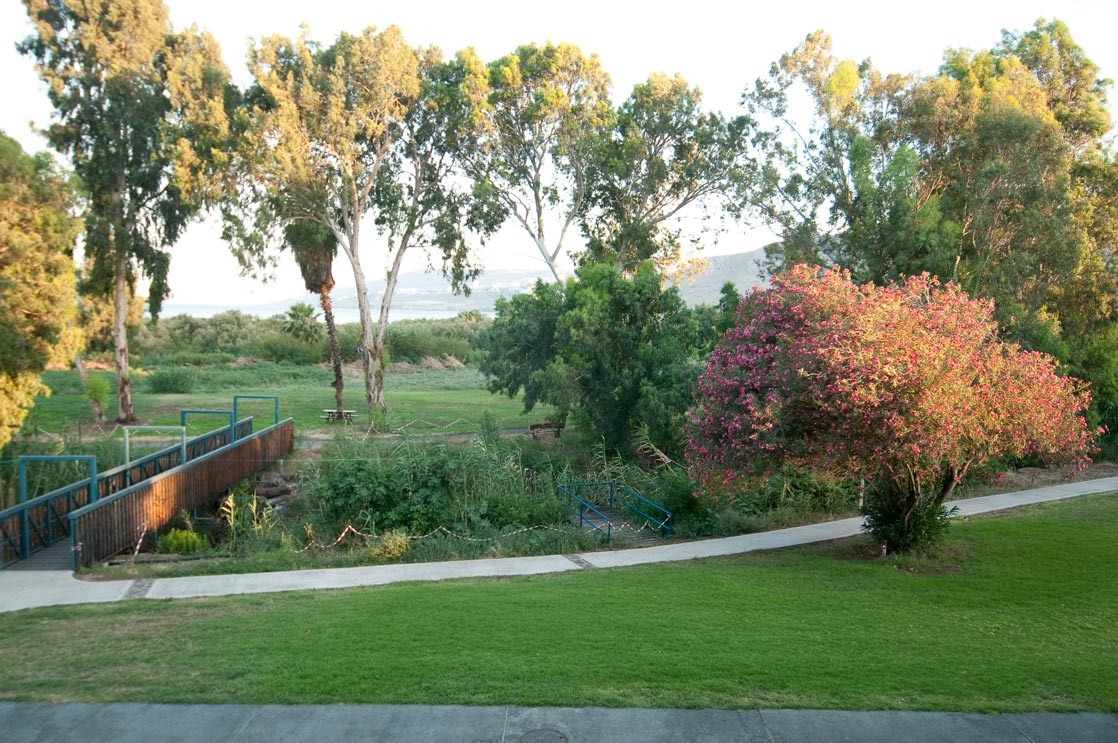 Different hotels provide different solutions for the folding location. This is a question of culture. For the Italians, as well as for us, the Israelis, a big hall is a necessity. You can easily see everything that happens, never missing a workshop, but on the other hand, you can never control the number of participants in a workshop, since everyone can take a chair and join. The noise is part of the game, as well. 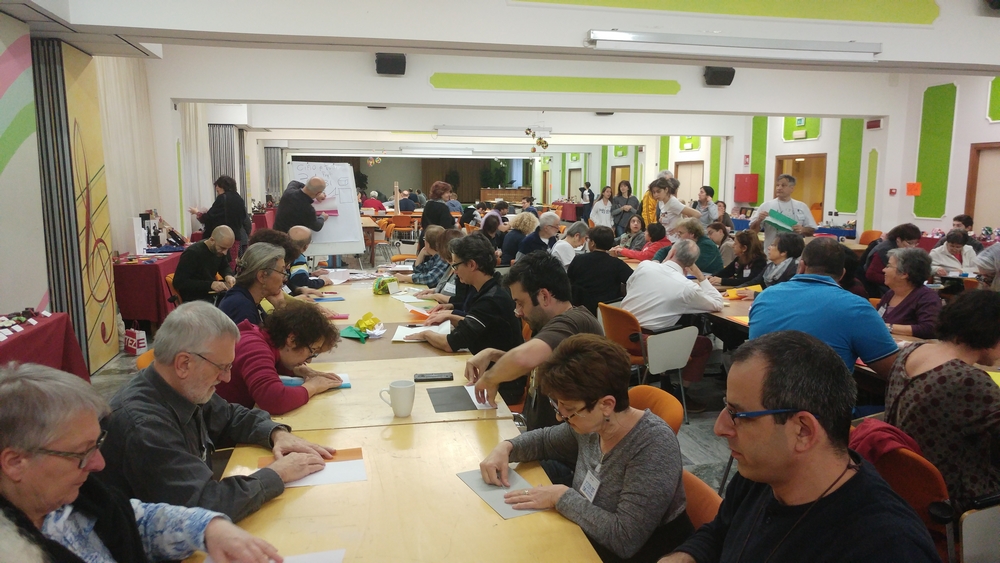 In Germany, France, and Japan, every workshop is given in a classroom, and no overbooking is allowed. This provides the atmosphere for a quiet, well supervised, environment to conduct the workshop.


Workshop in a classroom; The Ultimate Origami Convention by OORAA, Lyon
Image by Garibi Ilan

The hotel itself may be of less importance. Most people can ignore the fact the hotel is old, or has only very basic facilities. They are not coming to enjoy a five-star hotel; they come to learn five ways to fold a star.

In a way, what to teach is like asking who is coming.

The level of complexity determines the level of the folder attending. Take the Ultimate Origami Convention by OORAA, which aims to the highest level of folders. Every workshop lasts 90 minutes, and some are three hours long. On the other hand, if your audience is mostly beginners, plan to have short, simple models.

Another question is who can teach all those models. A starting group, with a small number of folders, has a smaller number of teachers.

To try and work it out, we started a new process where people not only are asking to teach a model, but also ask to be taught a certain model. Some of the potential teachers are not sure what to teach, and pairing them with the needs of the folders creates a win-win situation. 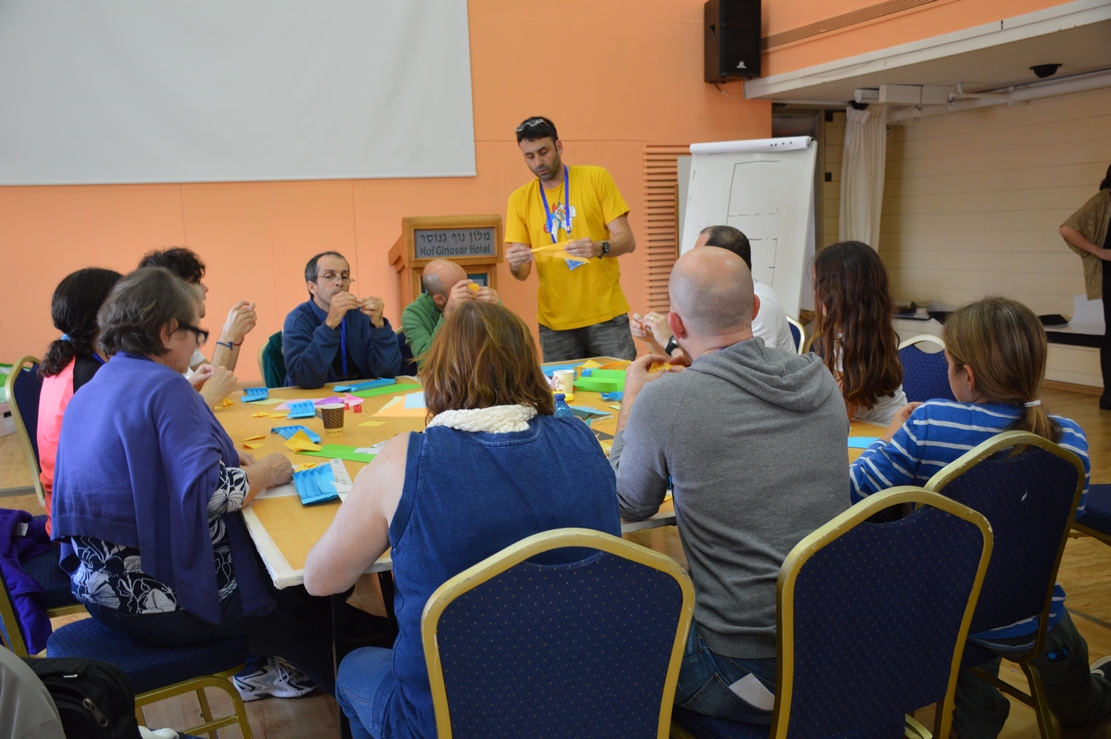 An origami convention is mostly open to the public. ORIGAMISRAEL may be the only group that makes sure you are not a beginner before allowing you to register. It's a matter of your aim. Since most of the organizations aim to spread the love for origami to all, everyone is invited. In ORIGAMISRAEL we want to create a place for those who want to move to the next level. The Ultimate Origami Convention is sorting the people by the level of the workshop.

Everyone can attend ORIGAMISRAEL, but since no simple origami workshops are offered, beginners are hard to find there.

Knowing the levels and interests of the folders is the guideline for the invited guests. Although we have experienced folders, many of us like the simple yet clever origami. We try to have a range of complex to low intermediate; modular, tessellations and figurative.

Choosing a guest is not only about the models. Some creators are amazing sculptors but poor teachers. Some speak only their mother tongue. It is important to know how reachable a person is, since a guest is not just presenting workshops each day. For all the time in between classes, is s/he likely to sit in his/her room, or the individual involved with the other activities?

Nationality and distance are another consideration. It may be twice as expensive to bring a guest from another continent.

The question of inviting a local guest is in dispute with some organizations. For some, inviting a local guest can create jealousy, and since this person will come anyway, it could be interpreted as a waste of resources. The drawing power of a guest from far away is (usually) higher, as people would not have the chance to meet him/her in any other way. For ORIGAMISRAEL the major reason to include an Israeli guest every year is because we want to encourage the local artists and to see more folders trying their hands in original creation. We see the creators as the core of our community, and anything that can encourage them is beneficial to our cause.

How to build a program; how to market your convention; the extras – from a shirt to papers; and more.