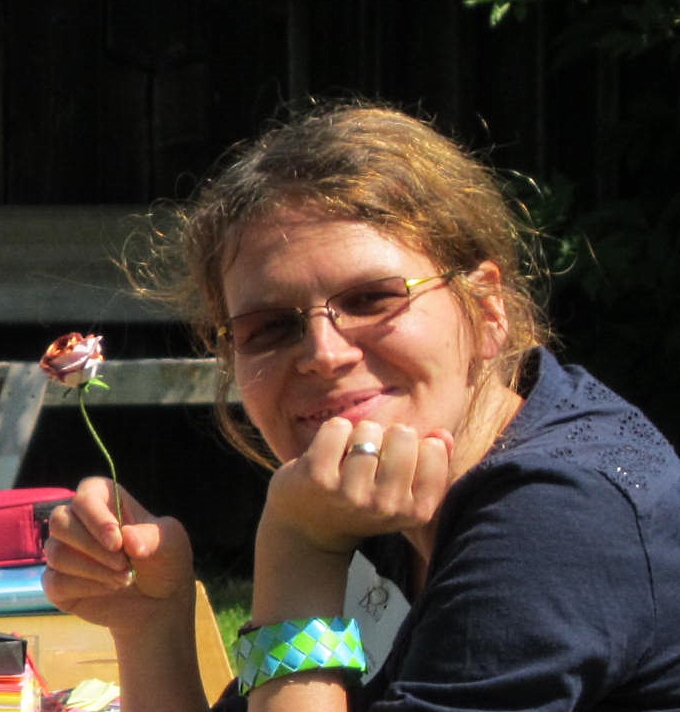 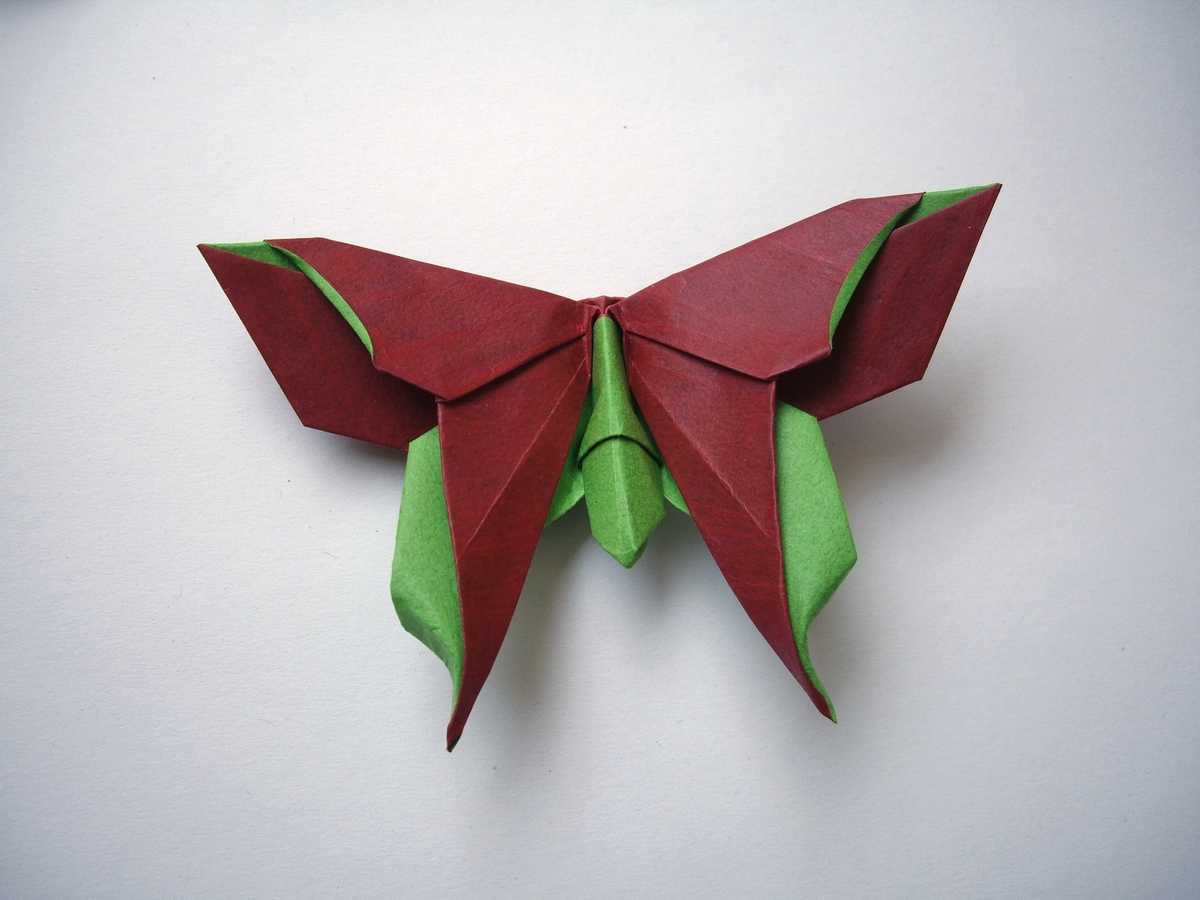 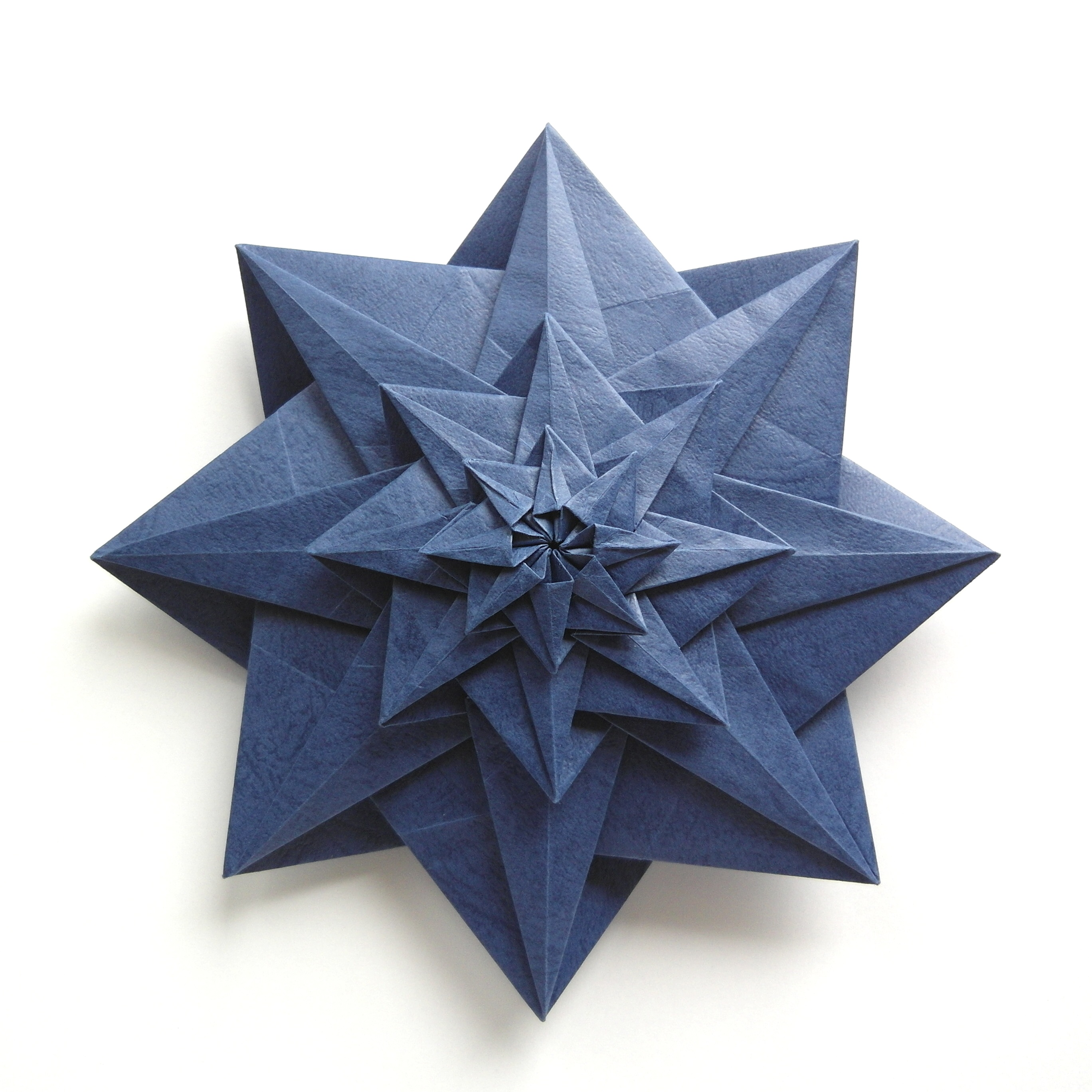 Star Mathilda, based on flower tower
by Chris Palmer

Dasssa is not a given name. Neither is Dáša (sounds like Dasha), which was her nickname since childhood till today. Dasssa is the name Dagmar Ševerová chose for herself when creating her flickr identity seven years ago. And this is how I got to know her. Seeing her models tickled my heart with envy, and when she posted her version of a model of mine, the same heart was captured by that gesture. Many bits and pixels flowed in the Great River Internet since then, and Dasssa kept on posting models, for which my common reaction was "why didn't I think of that!?!?". With great pleasure, allow me to introduce you to Dáša Ševerová.


Who is Dasssa?? Please tell me in five sentences what I must know about you.

Dáša: Dasssa was created seven years ago as my nickname when I set up my flickr account. She is the witness to but also the cause of my origami development throughout these years. I love math, especially geometry, solving puzzles of different types but also doing things by myself. In short, I am an origami enthusiast. If something catches my attention I can spend a lot of time and energy exploring it.

What is origami to you? Why are you interested in origami? What was the first model you folded? What types of origami do you like to fold and to create?

Dáša: I started with origami a long time ago by folding some simple traditional models (hat, fortune teller, boat) and paper airplanes. For many years that was all. Everything changed during my university studies thanks to a friend who showed me how to make different modular polyhedra from penultimate modules (by Jim Plank). That’s how my journey into the magical origami world really began. For me, origami means a way to better survive, to keep your hands occupied while your brain and imagination can fly away. Especially during recent years while my kids were small, it helped me regain my inner peace and relax after a hard day. One piece of paper could save me from long hours of boredom. I prefer to fold geometrical models like flowers, stars, boxes, polyhedra. From time to time I fold also animals but I am not good in shaping them, so I don’t do it too often. One of my favorite animal model is Michael LaFosse’s Alexander swallowtail butterfly.

Do you fold other people's models? If so, do you have a favorite designer? What one origami book will you take with you to a stranded island? If you don’t fold others' models, why so? What is your inspiration source?

Dáša: Oh yes, I fold other people's models. Hydrangea by Shuzo Fujimoto is one of my favorites. I was in love with it from the first try. Since then, I made hundreds of these, used them on top of boxes or as part of tessellations. It was the first model with repeating pattern I've ever known. It brought me directly to the flower tower by ,Chris Palmer a model which I really love and is a huge source of inspiration for me. I played so much with it and made a lot of variations and experiments with different polygons. A third model I would like to mention is a beautiful pentagonal rose designed by Naomiki Sato, which I renamed as “thank-you roses”, because I use them a lot as little gifts to say “thank you”. One Origami book to a stranded island? If the weight of the book poses no problem, then I would take Robert Lang's Origami bible (“Origami Design Secrets”) and finally read it from the beginning till the end.

You dwell in the stars and tessellations field. Why is that? Have you tried other fields of origami? Your work with strips is fresh and unique. Do you think there is more unchartered potential in it? Why do you think there are little followers for that genre? Do you have new directions you want to follow? 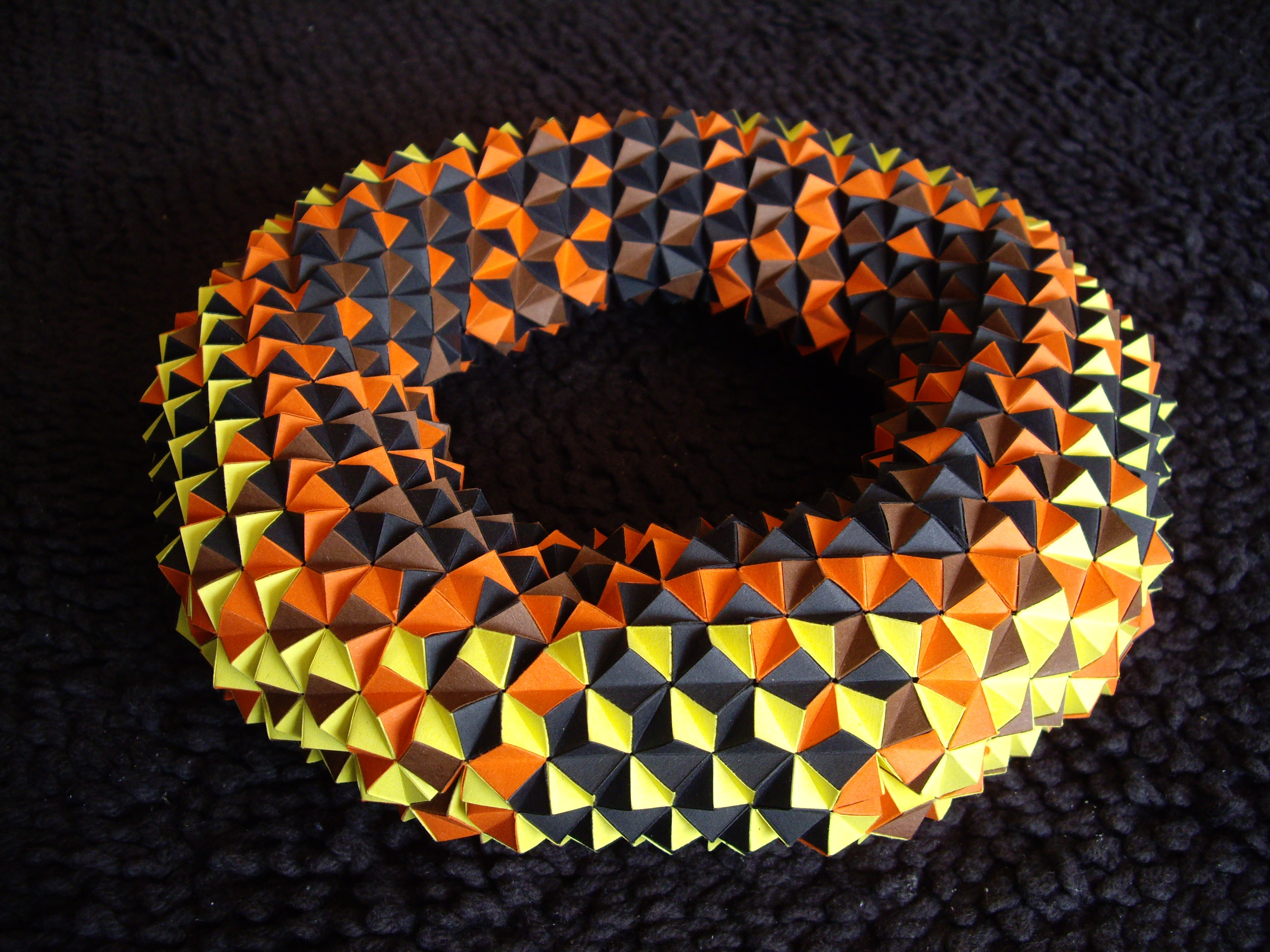 Dáša: I am very fond of patterns and colors, symmetry and asymmetry. Creation in the stars and tessellation field is easy; mainly, it is all about making patterns and playing with symmetries. It's nothing special, everyone could do some explorations here. I created also some boxes and modulars but I never created an animal. That’s the border which my creativity simply couldn’t cross. Paper strips are quite special. I still remember the joy I felt having accomplished my first ball using Heinz Strobl’s knotology method. It was completely different from “normal” folding; it has a different feeling. Often you even don’t need any folds, you only weave the paper strips together. Strip folding is based on traditional techniques, but you can add some new features to them as I did, for example, in the heart box. Many practical objects like bags and bracelets could be done easily with it. Yes, I think this area has a potential which could be explored more and hopefully more people will find it interesting. It’s not difficult to prepare the strips for the model; the most difficult part is to not get lost during the process of assembling them together... Once after a lot of planning I managed to devise a knotology torus. It was the biggest project I’ve ever done. I used 32.6 meters of 1 cm wide paper strips for it. Now it seems incredible even for me that I was able to finish it.

Creation is a mysterious process. Can you shed some light on your process? How much of it is planned in advance? Do you calculate your steps? Is it trial and error? Do you know in advance what will come out? Can you create at will? 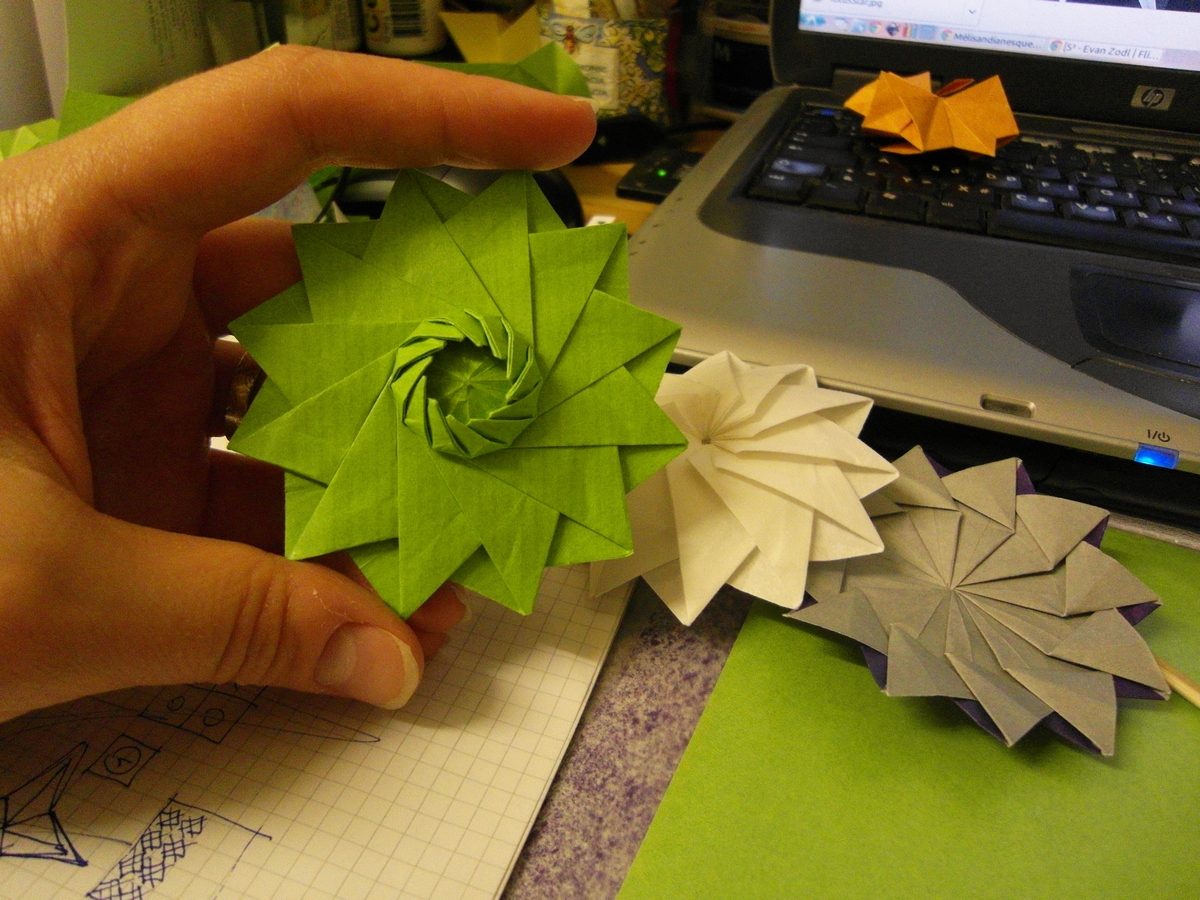 Dáša: When I have time I usually play with a square of paper and sometimes in the end it leads me to a new model. Sometimes I play with an existing model and find a new variation. Some of my models were created when I was trying to figure out how to fold a model I saw only on a picture, which is also a great brain exercise, a nice little puzzle to solve. I like to think about myself as a catcher of the hidden beauty. I only bring it to light. Sometimes it shines, and sometimes it doesn’t and its beauty is visible only to me. I can’t say that my models are planned beforehand. At most I have some notion in my head, for example about the final shape, and then I try to find it in the paper. But most of the time, I am playing around and looking at the paper trying to see its future :) 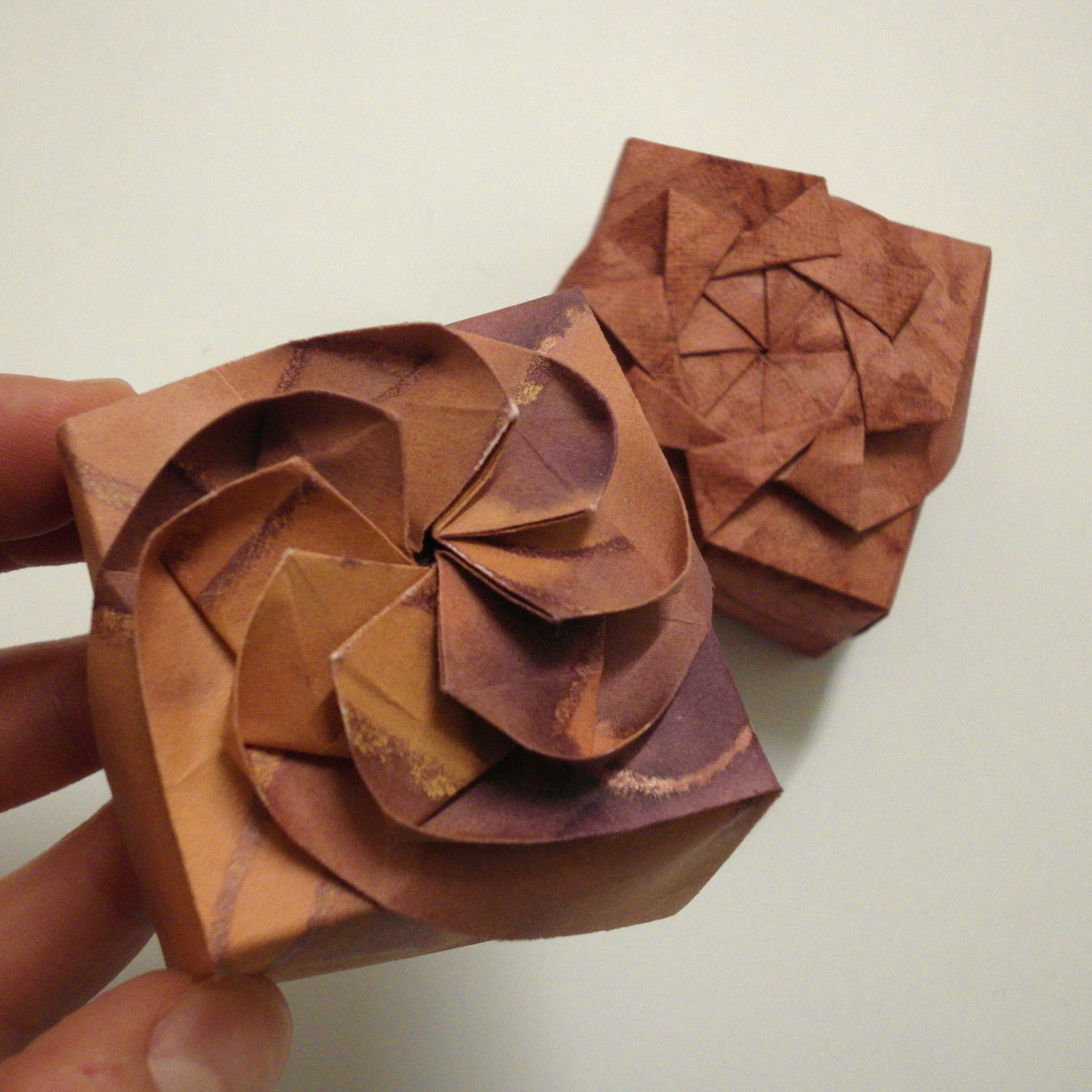 Twisted boxes; front - from Hilli’s paper,
back - from marble paper

Dáša: I really like to use craft paper from Germany. Weighing around 70 gm, it is strong enough and still quite thin, and it comes in nice colors as well as nice duo-color combinations. A big advantage is that you can buy it in rolls of 70 cm width, so it’s big enough for tessellations and complex models (like flower towers). The main criterion for me in the beginning is how many folds the paper has to survive; how strong it should be; how big the final model should be; what is the purpose of the model, is it a test fold or a model for an exhibition... It is also very important to me to choose the right color or color combination. I have a lot of paper at home, much more than what I really need, but every time I see a new interesting one, I can’t resist and have to buy it. I like pacon paper, which is difficult to buy in Europe. It is slightly transparent but really strong, great for folding hydrangea with many layers. I would like to mention my two favorite patterned papers: Julia’s paper and Hilli’s hand-painted paper. They're ery different but similar in one feature: both can highlight the model but they can also mess it up. You need to carefully choose a good model so as not to waste the beautiful paper. I think it’s never the paper’s fault if a model doesn’t look good. It is my fault for not choosing the right paper.

I believe origami is a medium to communicate with other people. As a unique art field, you can stir emotions in the hearts of your art observers. What do you try to communicate through your origami with your audience?

Dáša: I agree with what you said about origami as a medium to communicate. I am trying to show the beauty of geometry, shapes, colors... the harmony of all these things getting together within a single folded model. As origami models are not created by machines, no two of them are really the same. There are always some little differences between them, some unique imprinting of the folder. The designer, the folder, and the paper can together create something very special. 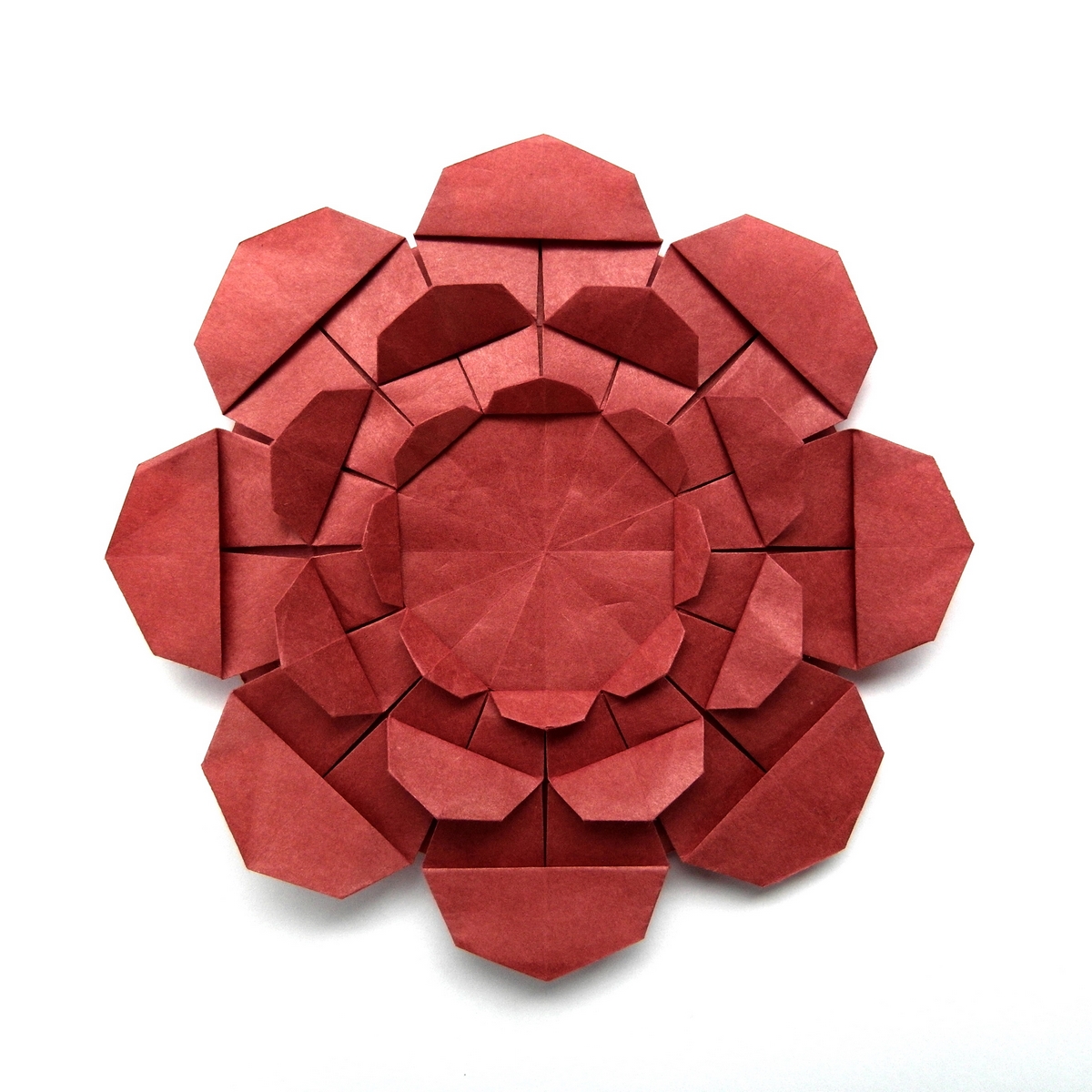 Dáša: It’s not easy to choose only one. Some of them are special for me because they remind me of something or someone. But if I can choose only one, then it should be Floral perpetua. It was my first model which got a lot of attention' this was also the reason I made a photographic tutorial , so you can try it by yourself. I created it two years ago, while I was completely caught by the beauty of flower towers.

Is there one last question I should have asked? Ask yourself, but don’t answer. Just let us know what the question is…

Dáša: Hm... this is difficult question. But there is something very important that you didn’t ask: How the people from the origami community affected your life? 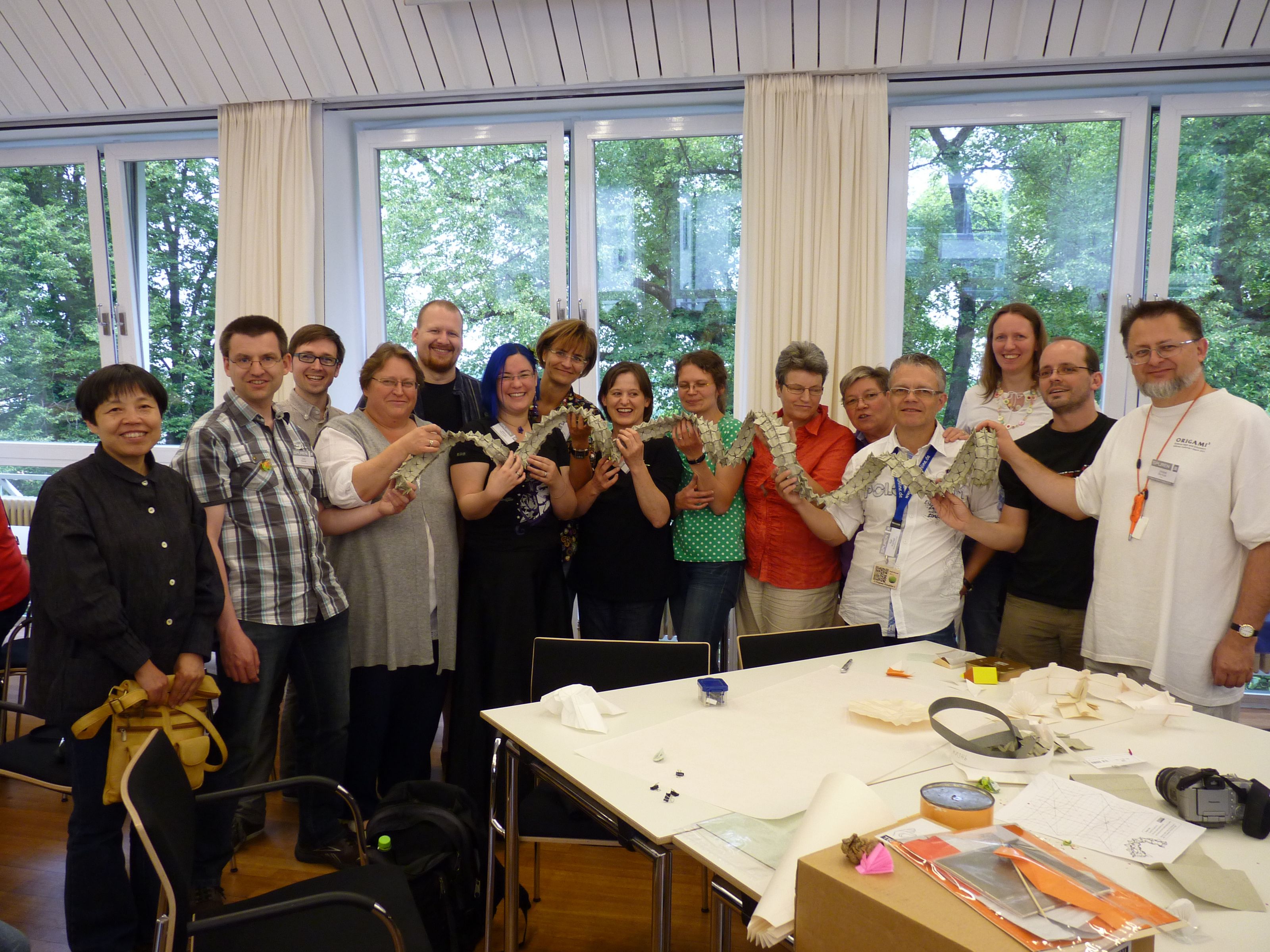 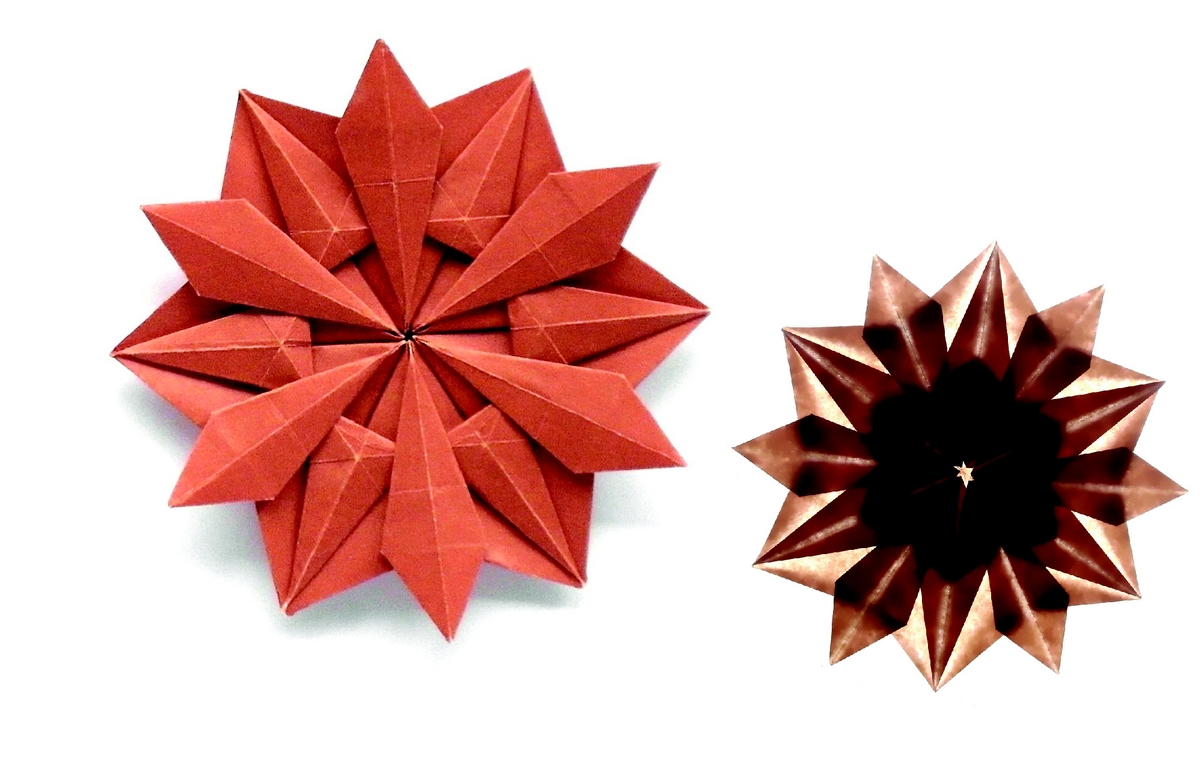 To really know a designer, you must fold her models. This Snow Flake model shows Dáša`s style; it flows with ease and follows strict geometrical reference points, and it comes out blooming with floweriness and delicacy.