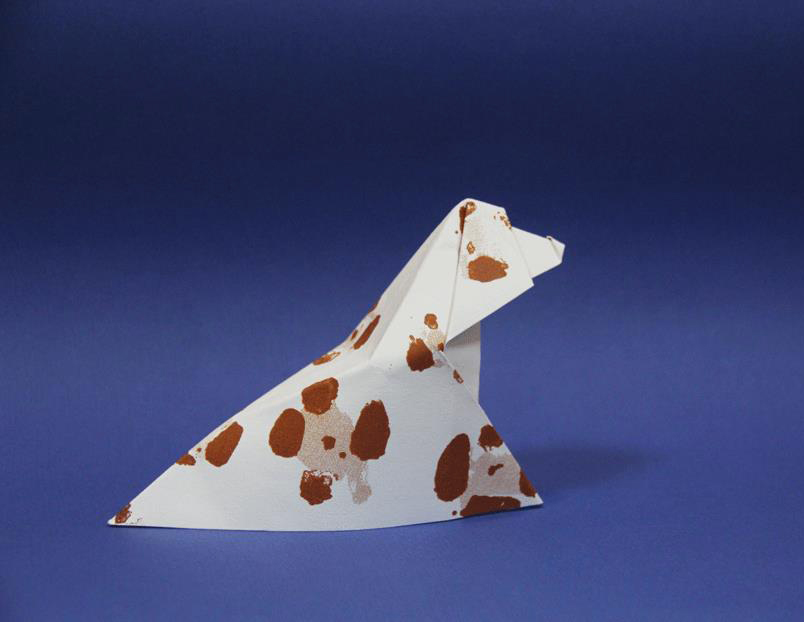 In 2013, I started to study a new series, geometric animal origami. The idea was to make origami animals in 3D shape which are built from polygonal surfaces. My first collection designed for this study was zodiac. This geometric dog was one of them. To make the model simple, I chose a reclining pose to eliminate all the detail of the legs. And the easiest way is folding a square in half along its diagonal, then use the paper at one point for making the head and at the other point for the tail. The result is pictured on the right (along with diagrams). I folded this model with 120gsm Canson paper, printed with a spotted pattern.

Lunar New Year 2018 is the Year of the Dog. To celebrate, I decided to design a series of Dogs, and I remembered this model. However, I wanted to try a new approach – wet-folding and sculpting, not the original geometric method. Because this model is quite simple, most of its body has only one layer of paper, so I wet-folded it with thick, 300gsm Arches paper, and I modified the model with more detail.

One day later, a close friend presented me with a piece of paper he had made: wrinkled paper laminated with colored paper. With this special sheet, I modified the model, and tried to express the color change in parts in the model: nose, breast, tail. This wrinkled paper also conveys the fur of the dog.

Besides this reclining dog, I also designed a new dog series with two approaches: realistic and stylized. For the realistic approach, I chose very unique dogs with special characteristics. Most of these designs have a simple structure that require fewer than 30 steps. I apply wet-folding to 300gsm Arches paper. 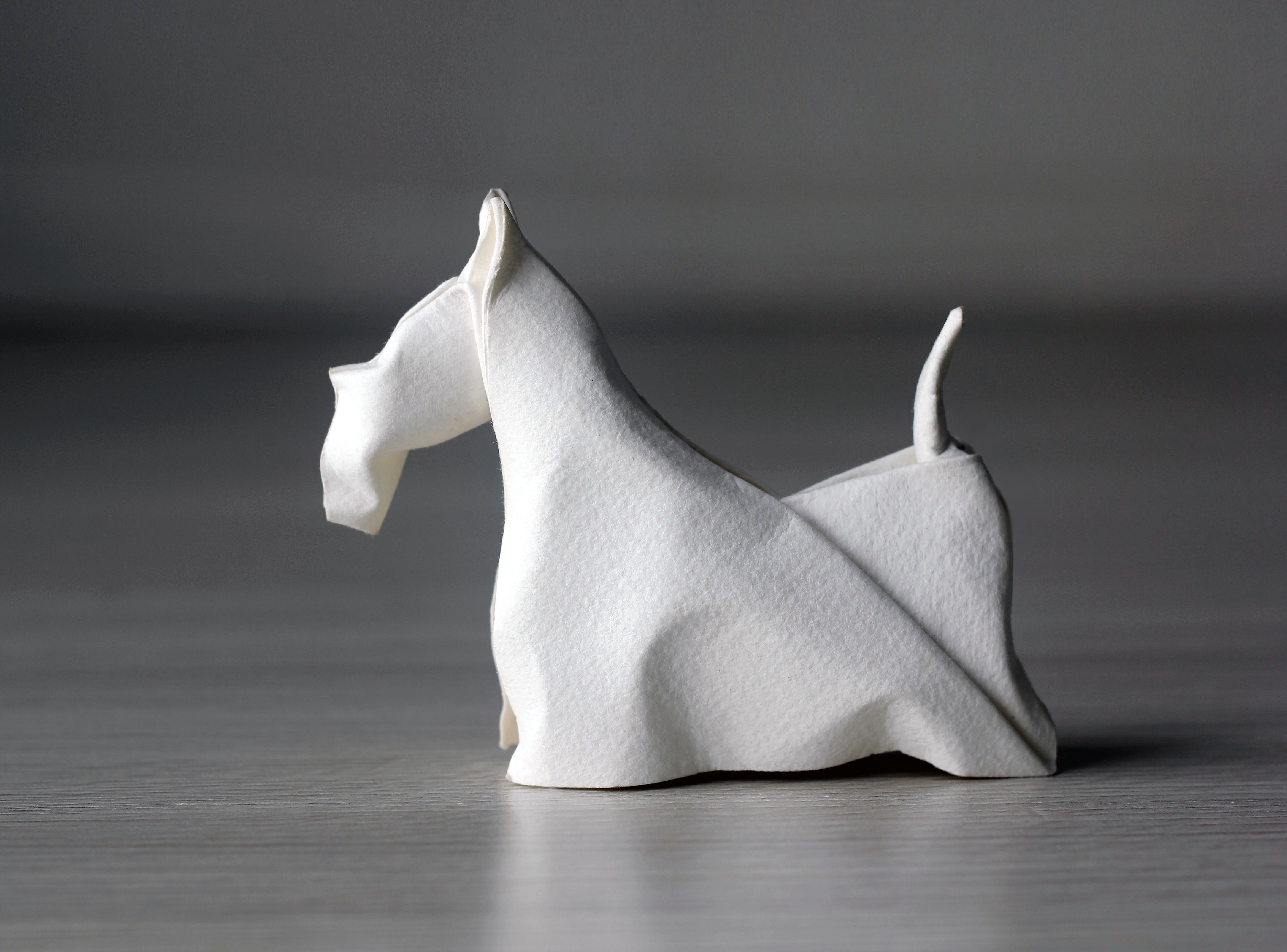 For the stylized approach, I used a new technique for making the model: engraving a round piece of 300gsm Arches paper. This approach uses very little folding and focuses only on the main line to create the model. The models are really simple in terms of structure.

With this series, I wish everybody a Happy Lunar New Year and good folding.

I started playing with origami when I was six years old. Nature, especially animals, is always my source of inspiration. I’m inspired by their beauty and liveliness, and I transmit all that feeling into my origami creation. Simplicity is the character in most of my models. Sometimes, it takes a lot of time to simplify a model, but it’s also the journey of joy. I use wet-folding for most of my models. It helps to make the models more tender and lively. My happiest moments occur when someone enjoys folding my models and feels happy. I hope I can pass my passion of origami and the love of nature to other people.